Section 2 of the Canadian Charter of Rights and Freedoms guarantees Canadians the following rights and freedoms:

Since January 15, , members of CFI Ottawa have been exercising their rights in front of the Saudi Arabia embassy in Ottawa by protesting against jailing & flogging of Raif Badawi: 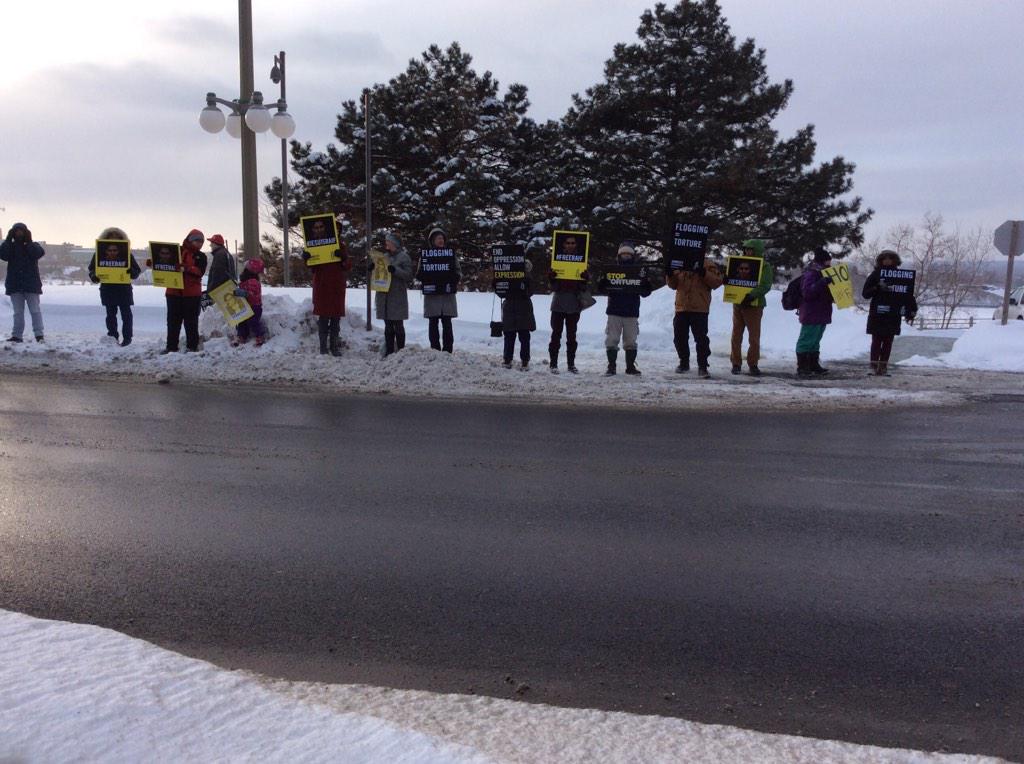 They continue to protest every Thursday despite Saudi Arabia’s own protests to Sweden and Quebec: 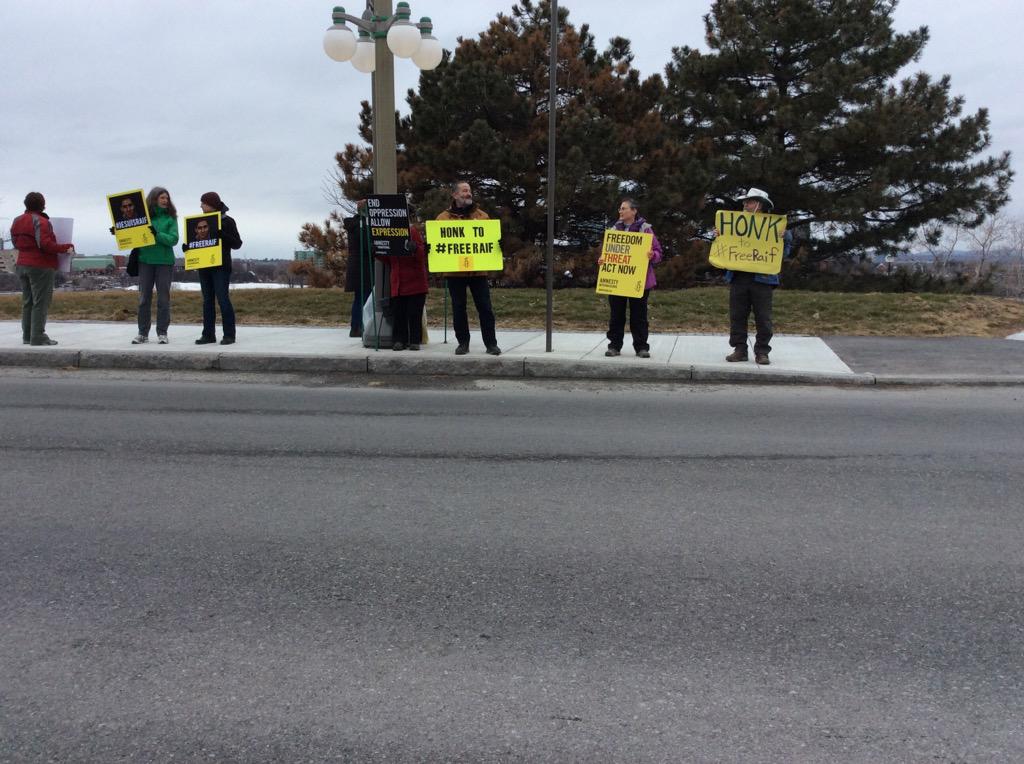 One thought on “Freedom of Opinion and Peaceful Assembly”