Last night US President Barack Obama addressed Americans on TV to inform them how the US will engage in the elimination of ISIL (aka IS, ISIS), the Sunni jihadist group that has proclaimed itself a caliphate and has its sights set on conquering 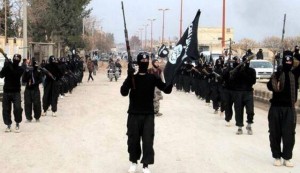 most of the Muslim inhabited regions in the Middle East. The group is thuggish, violent, hateful and dangerous and many nations rightly define it as a terrorist organization.

The part of Obama’s speech that stood out for me was when he asserted:

Now let’s make two things clear: ISIL is not “Islamic.” No religion condones the killing of innocents, and the vast majority of ISIL’s victims have been Muslim. And ISIL is certainly not a state. It was formerly al Qaeda’s affiliate in Iraq, and has taken advantage of sectarian strife and Syria’s civil war to gain territory on both sides of the Iraq-Syrian border. It is recognized by no government, nor the people it subjugates. ISIL is a terrorist organization, pure and simple. And it has no vision other than the slaughter of all who stand in its way.

I’ll grant Obama that ISIL is not a state but ISIL is “islamic”. Islam is obsessed with jihad and the killing of apostates; we are fortunate that many of Islam’s followers have chosen to ignore the more dastardly edicts of their religion. I suspect Obama wants to ensure that the masses do not harm innocent Muslims but in so doing, he infantilizes both followers of Islam, by insisting they do not mean what they say, and the American people, by anticipating they will react badly. Would it not be simpler to say that this does not mean that Muslims are de facto bad people and we should be clear in drawing this distinction?

Sam Harris says it perfectly in his post, Sleepwalking Toward Armageddon, when he lists the academic experts who echo Obama’s assertions and questions what these “real motivations” could be if not the ones that ISIL proclaims:

Above all, these experts claim that one can’t take Islamists and jihadists at their word: Their incessant declarations about God, paradise, martyrdom, and the evils of apostasy are nothing more than a mask concealing their real motivations. What are their real motivations? Insert here the most abject hopes and projections of secular liberalism: How would you feel if Western imperialists and their mapmakers had divided your lands, stolen your oil, and humiliated your proud culture?

Indeed, when will we wake up and recognize that religion is pernicious? Again I will quote Sam because his words are dead on:

Which will come first, flying cars and vacations to Mars, or a simple acknowledgment that beliefs guide behavior and that certain religious ideas—jihad, martyrdom, blasphemy, apostasy—reliably lead to oppression and murder?

It’s time secular and religious folk alike woke up and recognized bad ideas for what they are and stop giving religion a pass!

Sam’s excellent article is available on his site and if you would like to read what Obama said last night, VOX has transcribed Obama’s speech.