Google celebrates the Loch Ness Monster with a Doodle on

the anniversary of the publication of the renowed “Surgeon’s Photograph” of the Loch Ness Monster, in the Daily Mail, on April 21 1934 – a photo that was revealed to be a fake by The Sunday Telegraph in 1975. 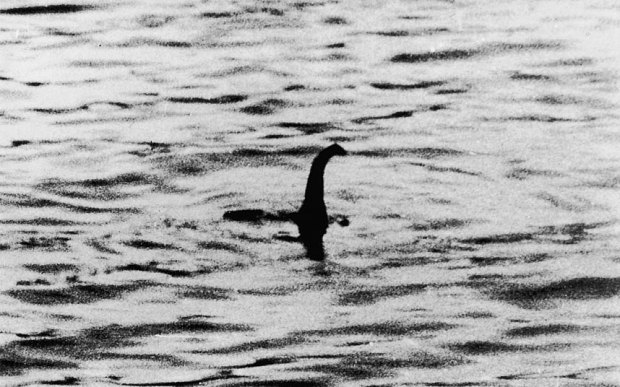 a highly respected British surgeon, Colonel Robert Wilson, came forward with a picture (top) that appeared to show a sea serpent rising out of the water of the Loch. . . . For decades this photo was considered to be the best evidence of the existence of a sea monster in the Loch. But Wilson himself refused to have his name associated with it. Therefore it came to be known simply as “The Surgeon’s Photo.”