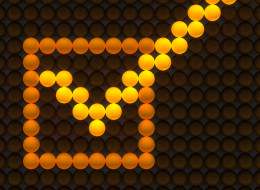 First, I submitted the post “A Long Time Ago, In A Scientific Field Far, Far Away . . .,” and then I found a justificatory article written by Angus Reid and published almost at the same time as the results of the poll on religion and faith in Canada today.

As I understand science; a gold standard (in this case the survey which is the most randomized and the least biased) should be replaced with another one if it becomes impractical. Never mind that we should continuously look for improved “gold” standards.

These polls are published and everybody assumes they are scientifically sound (after all, they are plastered all over the media) while Reid himself admits,

with the exception of governments with their enormous resources for projects (think the monthly labour market study), few studies carried out by commercial research firms today come close to achieving true random samples. (my emphasis)

This is exactly what I argued in my review of this new religion poll – no randomization, no value. Reid agrees with me – his poll is worthless, but it’s the only one he can do, so it’s OK. From Reid’s article I get the feeling that polling as a science has gone backwards, not forwards. At the very least it is dubious.

To be fair, though, the poll is not completely worthless. It is worthless for all of Canada, but maybe less so for the Angus Reid Forum members (I will assume all of them, but again, I cannot be sure, because we are not told which responders were eliminated and why). It might also say something about the organizations and sponsors behind it.

If I try to approximate how the respondents might have understood the questions, I can say that the aspect I like the most is that the “ambivalent” category feels guilty they don’t get more involved in religion: that, and the fact that Canadians manifest “consternation” towards under-18-sex.

But wait, there are more surprises: 63% of the rejecters of religion think that Pope Francis has a positive impact on the world! Maybe the poll was taken before the “don’t insult my mother or I’ll punch you” and “you can slap your kids, but don’t take their dignity” comments, not to mention the Pope’s position on condoms for poor women in underdeveloped countries. And finally, the “the ambivalent middle”embrace the Pope at “a rather astonishing” 78%.

I might be off by 4-5%, but it does not matter – there is no gold standard anymore…