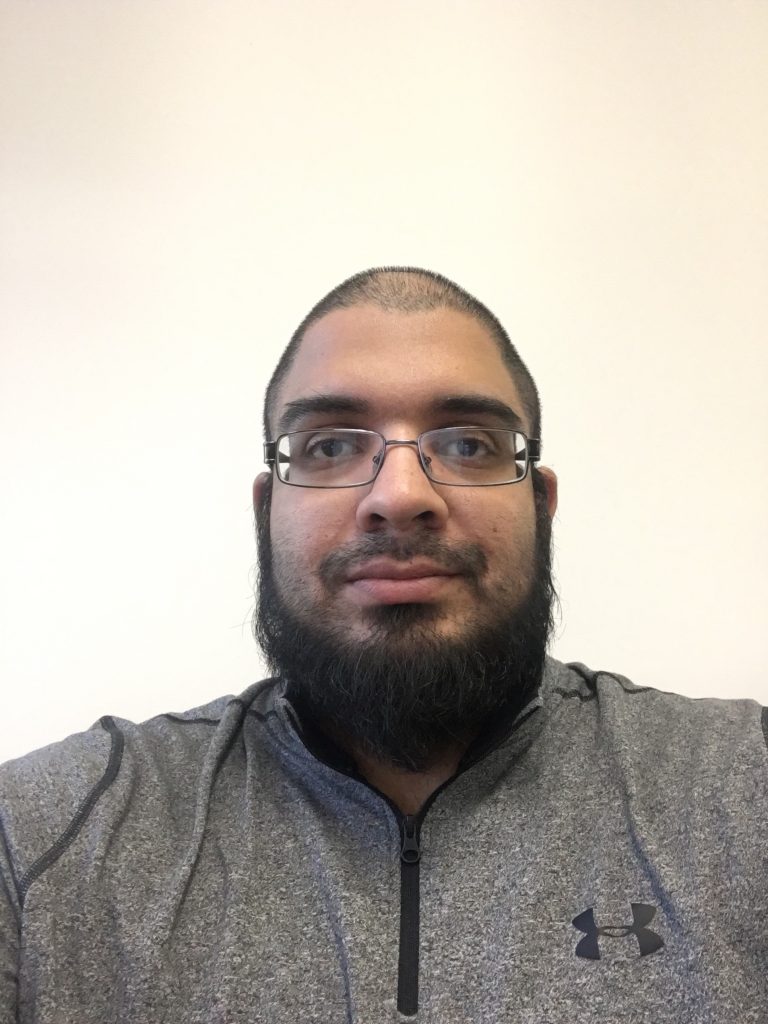 Shaykh Uthman Khan completed his ʻĀlimiyyah degree from Madrasah Taleemul Islam from the United Kingdom. He received a traditional Master’s Degree in Arabic and Islamic Sciences and Specialized in traditionalism and the traditional sciences. He also received an Academic Master’s Degree from the Hartford Seminary in Muslim and Christian Relations and specialized in Theology, Philosophy, Religious Scripture, Historiography, and Textual Criticism and Analysis.

His other academic achievements include certificates in Adult Psychology, Accounting, Phonetics, Phonics, and Phonology. Here we talk about anti-Muslim bigotry, Islamophobia, and terminology.

Scott Douglas Jacobsen: So, when we look at the landscape of North America and some of Western Europe, we can see increases in what has been termed Islamophobia, which, in more colloquial terms, is anti-Muslim bigotry.

What are some of the more negative impacts on Muslims who have been living in these countries for a long time? If someone has been a citizen for a very long time, a Muslim who is Canadian, a Muslim who is American, and so on.

Jacobsen: What would be some of the mechanisms socially and culturally to create Islamophobia in the first place, not only as a term but as a phenomenon?

Khan: Sectarianism is one of them. Not assimilating with the West. “Assimilating” is a bad word. The mixing with the West and becoming more Western. A lot of cultural baggage, which tends to define what basic Islam is.

So, they will see Muslim in a certain way based on what the media is telling them. There are so many disparate ways to look at it.

Jacobsen: Also, part of that sociological conundrum comes from some sub-sects of Islam within North America or the West generally being insular. So, some Muslim communities in the West keeping excessively to themselves and becoming self-enclosed enclaves.

Jacobsen: Should we even be using the term Islamophobia?

Khan: That’s a good question. The term “Islamophobia,” it is a made up word but I am afraid of Islamophobia and any harassment that can come my way because I am a Muslim.

But I feel the reason I am afraid of Islamophobia is because Muslims created this situation paired together with the way the West has portrayed Muslims to be. You paint a scary picture and promote it through the media. What else would you expect?

That second definition, I think, is where people have their most disagreements.

Khan: Critique of the ideas means what?

Jacobsen: If someone says, “I disagree with the ideology of Islam. I do not think Muhammad was a prophet or the last prophet.”

Jacobsen: I think they conflate when someone says, “I’m a polytheist,” or, “I’m an atheist. I disagree with the monotheistic conception of the universe propounded in things like Islam and Christianity.” People will say, “That’s Islamophobic,” in some cases.

But that doesn’t get used for Christians in that case. That term then is used for both anti-Muslim bigotry as well as the critique of ideas.

Khan: I haven’t seen that so much here, though. I haven’t experienced it so much. I have experienced them both together, like when I am reading in the news. It goes together, based on the fact that Muslims are doing a particular thing.

Jacobsen: There may. It may lead to it. For instance, some people may have the phrase in their head, “They don’t believe in my God.” In a way, it is a disagreement with the conception of God in Islam and then acting out based on it.

Khan: That’s interesting [Laughing]. I haven’t experienced it. It is part of the bigger Islamophobia. The bigger picture is having some sort of prejudice against Muslims.

I am not going to believe one side. It takes two hands to clap. There are the monopolized Muslims. They will promote a particular ideology and sectarian idea. The closed Muslims, those not willing to make civil society. Pair that with the media portrayal.

Would it clear the air in the conversation to explicitly make that distinction between people and ideas by using terms that have a prefix like “anti-” in terms of “anti-Muslim bigotry” rather than “Islamophobia”?

Would that be a small turn of phrase to grease the wheels of the conversation publicly, in terms of what we’re condemning and what we’re not condemning?

Khan: What do you mean? I understand what you’re saying. But you mean a change of term.

Jacobsen: In place of Islamophobia, we use anti-Muslim bigotry.

I don’t think we need to change the term. Islamophobia is still there. It is so vast and general. A lot of people don’t know what it means. [Laughing] anti-Muslim makes more sense. Because the term “Islamophobia has the word “Islam” in it.

It is more ideological, “I am hating you. I am going to torment you because I do not agree with your ideology.” Versus anti-Muslim bigotry which reflects the different crazy situations that took place in Canada and the US. They were attacking Muslims and not Islam. Two attacks could have been to two people with different set of beliefs and both identifying as Muslim. For example, the Sikh individual who was mistaken as a Muslim and attacked.

They were mainly attacking Muslims. They did not care about the ideology. The term Islamophobia has more of an ideological connotation versus anti-Muslim bigotry, which is more of a Muslim connotation.

Khan: It is a totally different ball game now.

Jacobsen: I like it. For instance, we can note the likely more dangerous threats in, at least North America, of these ethnic and nationalist supremacist ideologies or people oriented towards that way.

They have explicit bigotry against black people. It could even be in a church. One of these white young men goes to a church and kills several African-Americans.

Jacobsen: We don’t make sophisticated intellectual arguments. We simply identify, “This is a person who has bigotry against African-Americans, against black people, and kills them for it.” It amounts to what I have heard called “homegrown terrorism.”

Jacobsen: That person would be harassing or harming a young woman with a hijab. They wouldn’t know about this woman. “Is she Ismaili? Is she Sunni? Is she Shia? Is she part of the Nation of Islam?”

Jacobsen: It is one of those pixelated two-dimensional images of a person that they have in their head.

Khan: Would you consider that Islamophobia or anti-Muslim?

Jacobsen: It would be this weird characterization, or, rather, this caricature of a faith that they have in their heads. That they identify with this person wearing particular garments.

Jacobsen: We do not have the phobias for those.

Khan: The existence of the terms – for Islam – tends to put Islam on the spotlight and creates it to be more of a target. Imagine if those terms didn’t exist. That anytime an Arab person did something. No one would assume Muslim, whether a Persian person or a brown person.

In a way, we have created an enemy by creating the term.

Jacobsen: That is an intriguing point. If I understand you, it is an automatic othering.

Khan: That’s right. It is an automatic othering.

Jacobsen: It even arises in an American context. For instance, if one takes ethnic and geographic heritage, people will say, “African-American, European-American, or Asian-American.”

Each with a hyphen to connect the terms [Laughing].

Jacobsen: So, yes, I think, in some ways, it does poison the conversation.

Jacobsen: Thank you for the opportunity and your time, Uthman.

One thought on “Shaykh Uthman Khan on Bias, Prejudice, and Xenophobia Against Muslims”