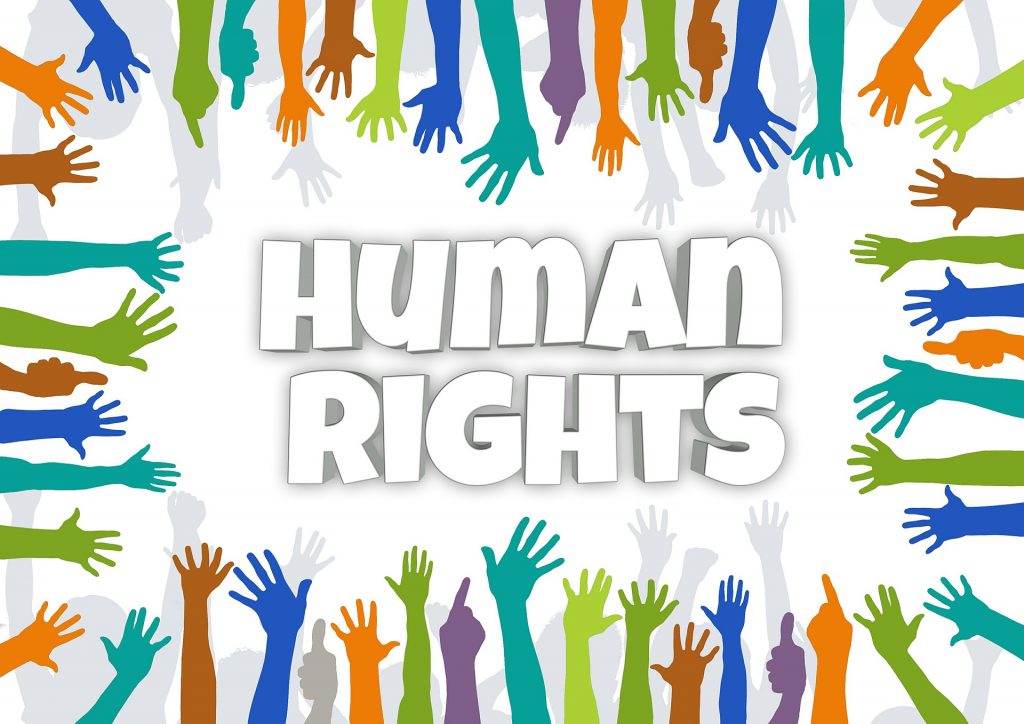 Inside the front cover of the latest edition of Humanist Perspectives is a column from the magazine’s editor Madeline Weld.

In the piece she mocks a trans woman for filing a human rights complaint against a tanning lounge here in British Columbia. Weld goes on to deadname the woman, despite her withdrawing her complaint over fears of being outed online (and then inevitably subject to targeted harassment).

First, let me say uncategorically that I find Weld’s column to be transphobic and contemptible. While I shouldn’t really be surprised given Weld’s connections with Canada’s far right, it’s still shocking to see such cruelty from the editor a magazine that calls itself Humanist.

But what I want to address here is this misconception about human rights tribunals and human rights commissions, particularly given their importance to Humanists and atheists (and all people). This comes up in the conclusion of Weld’s piece:

This case is not the first to raise the question of whether human rights tribunals serve the Canadian people or malcontents seeking to create mischief.

It’s indisputable that there has been a decades-long campaign against Canada’s human rights apparatuses by conservative politicians and fundamentalist religious groups. Here’s more if you don’t believe me.

Of course it’s not surprising to see reactionary religious groups opposing human rights tribunals since they are responsible for much of the discrimination that these institutions are designed to protect marginalized Canadians from.

Because of this campaign, there’s a tonne of dis- and misinformation out there (we’re not calling it fake news anymore) around Human Rights Commissions and Tribunals, and in particular around specific cases (like the waxing case above).

One of the groups behind that push is the Justice Centre for Constitutional Freedoms. This was the group that claimed to be the only secular group defending Trinity Western University’s (unsuccessful) claim that it had the right to open a law school while excluding LGBTQ+ students. If you run through the list of interventions the JCCF have done on their website, you’ll see a litany of anti-feminist, anti-choice and religious causes. So unsurprisingly this is the group that represented the waxing salon.

But let’s talk about what Human Rights Tribunals actually are.

The basic premise behind the Human Rights Tribunal is that suing people in court for discrimination (or anything) is very expensive and therefore prohibitive to justice, particularly for those who tend to need it the most (often marginalized individuals). So in the 1970s-80s, governments across Canada created Human Rights Tribunals where the barrier to file a complaint was far lower. People could even access them without a lawyer and eventually groups like the BC Human Rights Clinic were able to provide advocates to give some professional support.

While some argue that this is unfair to respondents who would be forced to take on lawyers to defend themselves from frivolous claims, they also get the benefit of far lower costs than the court system (respondents also don’t need representation) and few complaints actually go to a hearing. Just like in court frivolous complaints get thrown out very quickly and the entire process is designed to reach a mediated settlement far before a ruling has to be issued. And when the Tribunal does go all the way to a hearing and ultimately awards damages following a justified complaint, those damages tend not to be as expensive as would be delivered by a court.

Sure there have been bad actors and excesses but that’s no reason to argue we should throw the baby out with the bathwater. For people who’ve lost their apartment for being gay, been fired for a disability or been refused service based on the colour of their skin, Human Rights Tribunals are a pathway to justice.

For Humanists and atheists, this has meant that people have been able to file complaints about municipal prayers, prayers in public schools, forced attendance at AA meetings and various other issues. Those tribunals have also tended to side with our arguments in all the cases I’m aware of.

Where a Tribunal is a responsive body, a Human Rights Commission is proactive. Its mandate is generally to study the state of human rights and systemic discrimination and issue guidance about how to improve the situation. It’s also out there to educate the public about human rights.

In practice, this means a Commission can draft guidance for employers and landlords who don’t want to run afoul of these laws. This means fewer complaints following unintended discrimination and allows for a more inclusive society.

The Ontario Human Rights Commission’s “Policy on preventing discrimination based on creed” is a great example here as it explicitly protects the nonreligious from discrimination.

Atheists, agnostics and persons with no creed, as well as members of newer or lesser known creed communities also face various forms of stigma, prejudice and discrimination. New forms of prejudice against religious people in general have also emerged in recent times, as the numbers of people identifying with no religion continues to grow and increasingly shape public culture and morality.

For my work with the BC Humanist Association, I’m specifically going to be making submissions to the Commission to analyse the role of religion and religious privilege in BC and to recommend guidance for public schools to maintain a secular character and for employers to respect the rights of the nonreligious. I’m also hopeful the Commission will recommend the government permit Humanist marriages.

This is why we contributed to the process of developing the new Commission and why we’ve welcomed the news of the bill to restore it.

BC is the only province without a Commission as it’s basically become a political football that the NDP brings in and the other party (SoCreds or Liberals) dismantled when they got in. The Commission of the 1990s had a lot of problems that everyone acknowledged – chief among them was that to file a complaint with the Tribunal you had to get it approved by the Commission and this led to significant delays. The new Commissioner proposed by BC’s Attorney General will not have this role.

The Human Rights Commission is also supported by most civil society groups including the BC Civil Liberties Association and the Canadian Centre for Policy Alternatives. If you want to read a lot more about this, I recommend the CCPA’s 2014 report.

So to bring it back to Humanist Perspectives, it’s frankly appalling to me that a magazine that affirms the Amsterdam Declaration on its website would publish columns undermining the dignity of trans people, mock one of our strongest tools to promote human rights and adopt arguments I would have expected to read on a fundamentalist Christian blog.

And that’s not to even start on the editorial praising Maxime Bernier’s People’s Party for his angry Twitter rants about multiculturalism, yet another column claiming “social justice warriors” are the biggest threat to contemporary politics or the person who claims “white privilege is newspeak.”

Ian Bushfield is Executive Director of the BC Humanist Association. He was a regular contributor to Canadian Atheist in its early days and he’s returning to blog here occasionally. These comments are Ian’s personal opinions.