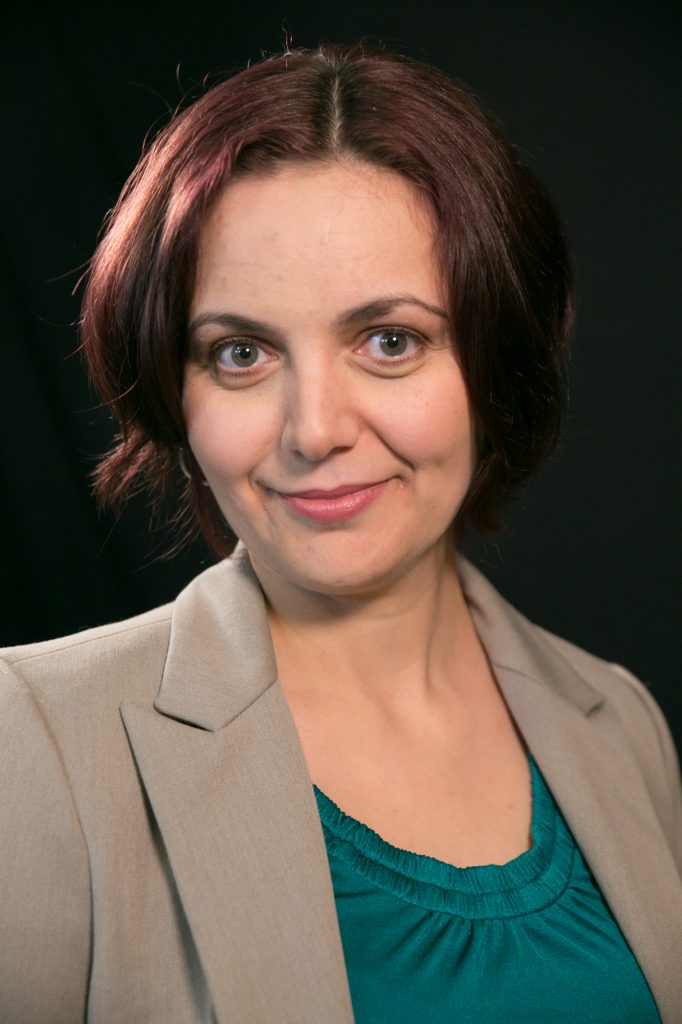 *I took the pledge.*

What is your own personal narrative? How did this lead to being the co-founder of the PTP?

Agnes Vishnevkin: The backstory is that I am a co-founder of a non-profit organization called Intentional Insights launched in 2014. The purpose was to share science-based tools for improving decision-making and truth-seeking and to help people have better relationships using science-based tools.

As the year 2016, we found ourselves talking about using scientific techniques to interpret events in the political world including the 206 presidential elections in the United States with Donald Trump as well as the success of the Brexit vote.

We found ourselves talking about how truth and facts were actually thrown under the bus when these candidates were speaking with these political causes to get ahead. In 2016, we thought of ways to fight back against this culture of lies and post-truth, which was actually named the 2016 word of the year, if I am not mistaken, by Oxford Dictionary.

Vishnevkin: [Laughing] Yes, and believe it or not, it is almost two years ago that this occurred [Lauging]. With our knowledge in behavioral science and psychology, my fellow co-founder, Gleb Tsipursky, has a lot of the scholarly background, he led the effort to do a lot of research to see how we can change people’s behavior to focus more on facts.

Even though, there is a lot of incentive for people, including politicians and others, to move away from facts and pass opinions off as fact. That is a bit of a long story. That is how the PTP project was launched, by their non-profit. This non-profit is non-partisan and registered in the United States.

Of course, there is a lot of work ahead of us, especially as the co-founder of these initiatives.

Jacobsen: How do non-evidence-based and non-truth-based policy and public discourse poison the ways in which citizens live their lives and make decisions about how the country is run based on, for instance, voting for candidates who make policy pledges? Things like this.

Vishnevkin: When people who are in authority or positions of power make false claims, it is easy for us to trust. That is what we do. We are wired to do that. Because of our brains. A lot of the behavioral science indicates that human evolved not to live in 2018, not in the world of constant news and smartphones.

We evolved to live in the savannah of 100-150 people-groups. Where we may not have lived past our 20s, we have not evolved to live here. Back then, millions of years ago, it was a matter of life and death to belong to your tribe and to be accepted.

Sometimes, you might be rejected by the tribe and may not survive the rest of that month. Now, we are still wired to listen to authority. When someone in a position of authority says something that is a lie, it is easier to trust that person and believe them.

When that person creates policy based on this lie, we have a policy that is not based on something that could actually achieve its goal. It is easier to be misled by our leaders if our leaders make false statements.

Jacobsen: Can an argument be made that lies to the public or non-evidence-based decision-making towards policies that affect the public amount to harms to the public good, in a very real sense?

Vishnevkin: I would definitely say, “Yes.” For instance, if I was a policymaker, or if I was a lawmaker, if my duty is to protect my constituents, then science and evidence bases are the best way to know what does and does not work.

From my perspective, that is the duty of a lawmaker or a policymaker. Of course, politics is not something entirely different. People have a pressure to get re-elected, to get financial support. So, they have incentives to do certain things that are not based on evidence, on science, on facts.

As we know, there are many moral things going on, where policy may be significantly different from what is evidence-based. I would like to live in a world where policymakers look at evidence each time. That is the point of PTP through protruthpledge.org. We have already two peer-reviewed research papers that show PTP takers are more truthful in their public statements.

I am aware that I accept the world in which I live: politicians have many other pressures to do other things. That is one of the big things that we follow through the PTP. People getting away with lying and misleading the public because they have incentives to do that and have no incentives to hold them accountable.

We developed this opportunity for people to volunteer to be more truthful in their public content and statements. So, they would have an incentive for a public place where they can be recognized in order to encourage them to state in their literature and their website that they signed the PTP and for people to comment. We are looking for the grassroots incentive for people to be truthful and focused on facts. We already have multiple lawmakers around the world and in the United States who signed.

Jacobsen: Thank you for the opportunity and your time, Agnes.