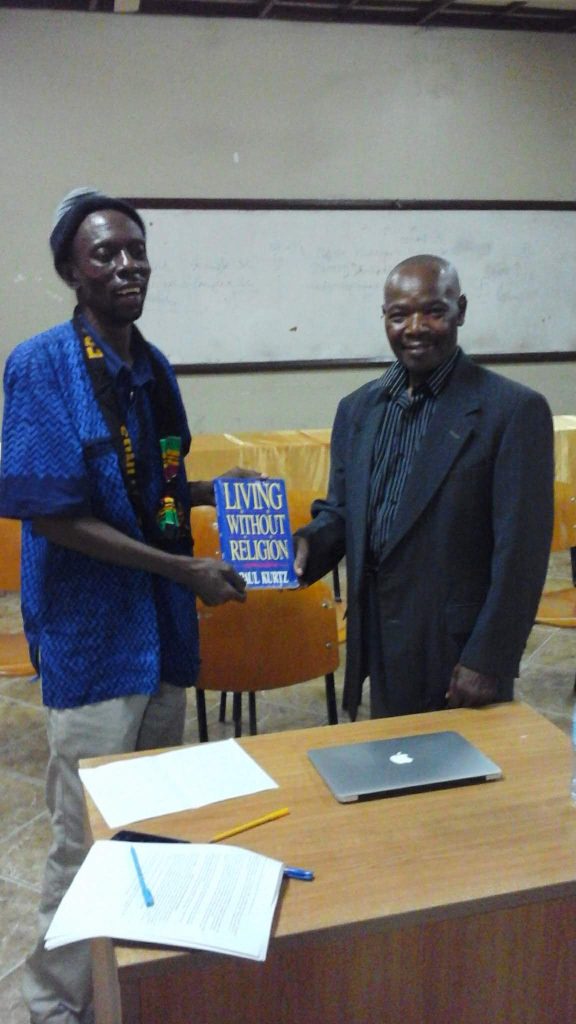 Nsajigwa I Mwasokwa (Nsajigwa Nsa’sam) founded Jichojipya (meaning with new eye) to “Think Anew”. He is among the best read – on primary freethinking and humanist sources – African freethinkers known to me.

We have talked before about freethought in Tanzania. They have an in-development YouTube channel here. Some grassroots activism here. Some work or organizations with activism and cultural exchange here: Galimoto’Kali, Sisi Kwa Sisi (Facebook/LinkedIn/Twitter/Felix Ntinda).

Here we continue the discussion on the updates over the last few months of the secular community in Tanzania.

Scott Douglas Jacobsen: How are things with Jichojipya/Think Anew? What are the post-summer updates on the organization? 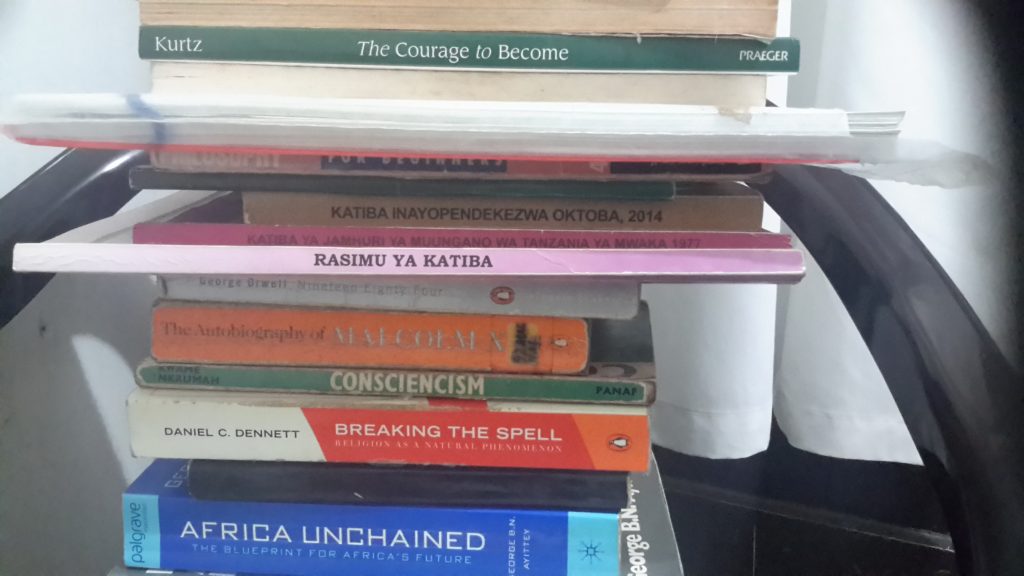 Nsajigwa I Mwasokwa (Nsajigwa Nsa’sam): We did our fourth Jichojipya Think Anew AGM on 23rd June 2018, once again on self-reliance basis of raising funds for that. The turn up was half, which gave us an impression that many nonbelievers are still shy of coming out and to be known so publicly. However, we had a very positive meeting and agreed on some bold moves for the way forward.

We must keep on identifying, unearthing, and connecting the Tanzanian independent-minded and potential freethinkers, and nonbelievers. On the positive note, there has been noted vigor from the youth.

The team of genuine freethinkers joining us is adding up. Thus, there is a division of labor, which is labor off the shoulders of the original founder Nsajigwa and the other two – to make three.

The youth have decided to “take over” and start by revamping the Jichojipya Think Anew website. They promised to make it active, alive. We are very happy with this development. 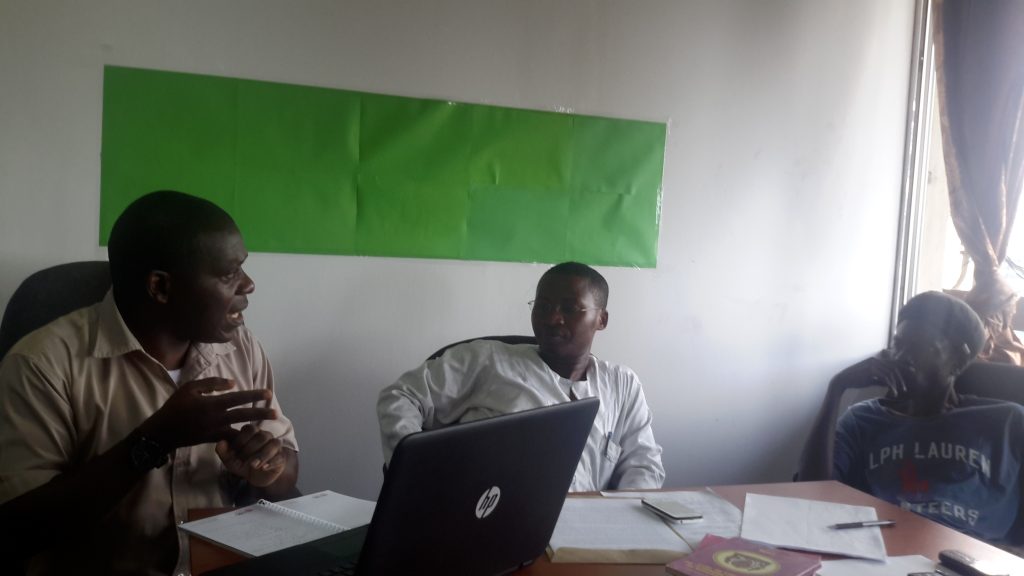 Jacobsen: Any major events for the secular community in Tanzania? 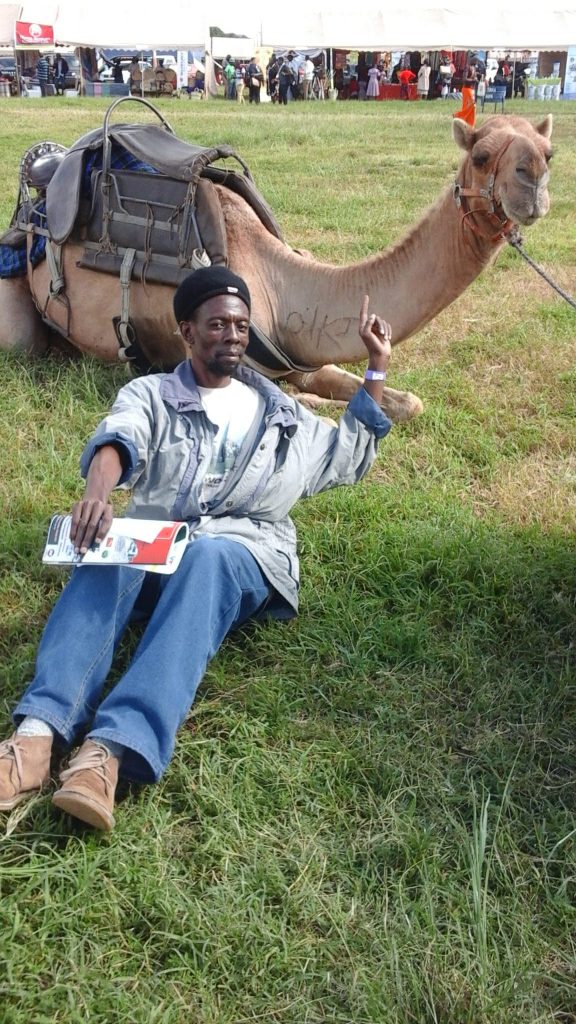 Nsajigwa I Mwasokwa (Nsajigwa Nsa’sam): The public day for chimpanzee is marked, recognized! It should be a day to remind of evolutionary theory.

That we are modern humans, are an animal species that evolved – not created as the numerous tribal and religious myths suggested in the past – and that the chimpanzee’s are – in fact of biology – our close cousins.

More so in a country that is then taken to be the origin of mankind through studies of anthropology, the earliest findings of modern humankind. The famous biologist of chimpanzee life, Dr. Jane Goodall, has spent almost an entire lifetime here, in Northern Tanzania Gombe National Park, researching on Chimpanzees’ life.

It is a positive development to have a day – July 14th  – to mark and appreciate the facts of the evolutionary explanation. And there was a maiden public display of messages by a few, of course.

Jichojipya is going to mark it, to take part next time around. It is as important a day as Darwin Day and a visit to the Galapagos island! Hopefully, many freethinkers should be visiting Tanzania just for that, haha! You are welcome! 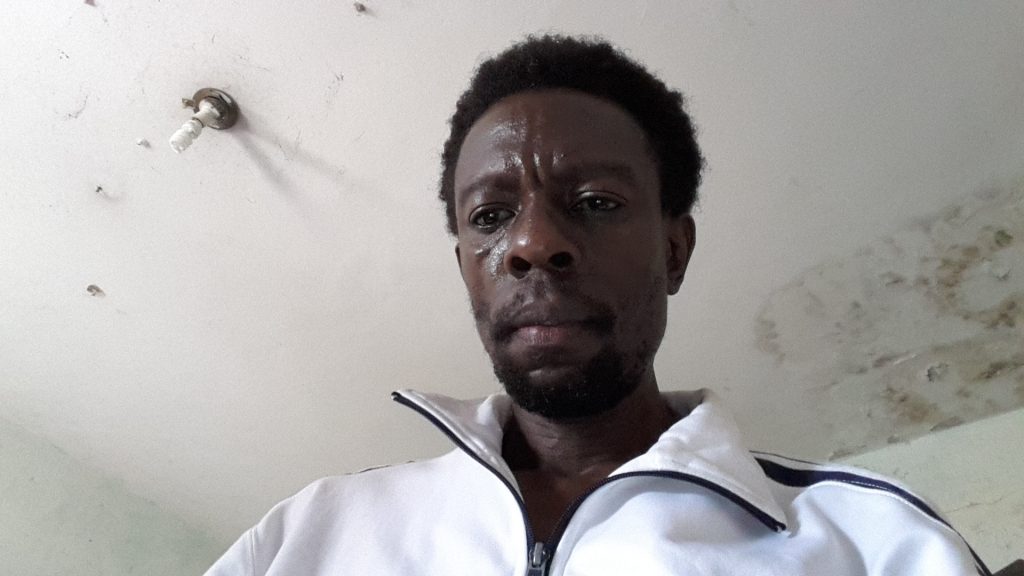 Jacobsen: Have there been any developments in politics, policy, or civic life around critical thinking, skepticism, and so on? 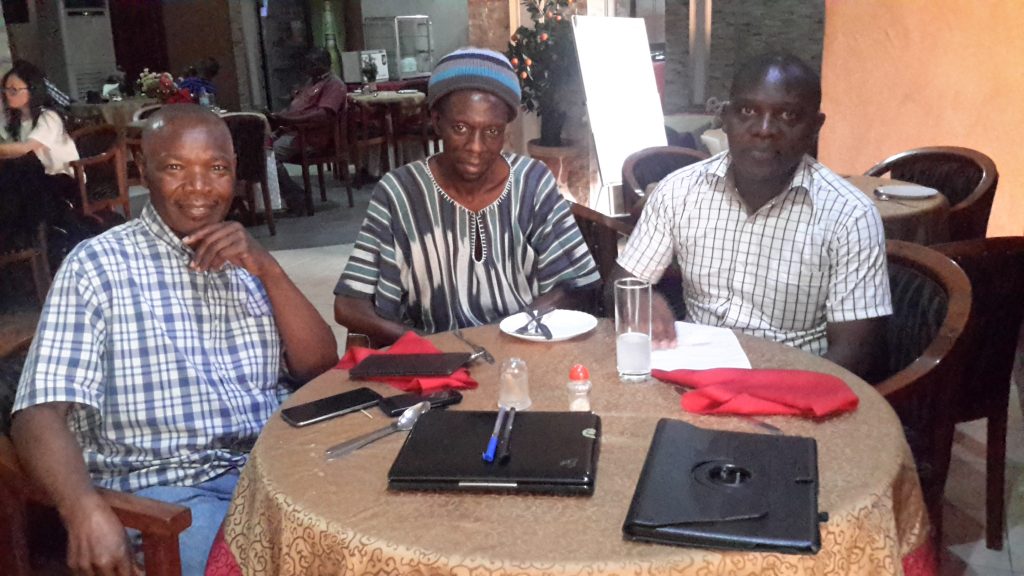 Nsajigwa I Mwasokwa (Nsajigwa Nsa’sam): While many possible nonbeliever individuals are in the closet, however for the youth, the horizon of skepticism has risen.

You spark an argument to find out that enough youth are doubters, critical thinkers on the question of Theity & supernaturality. Yes, they believe out of conditioning, but they have their own rational doubts! 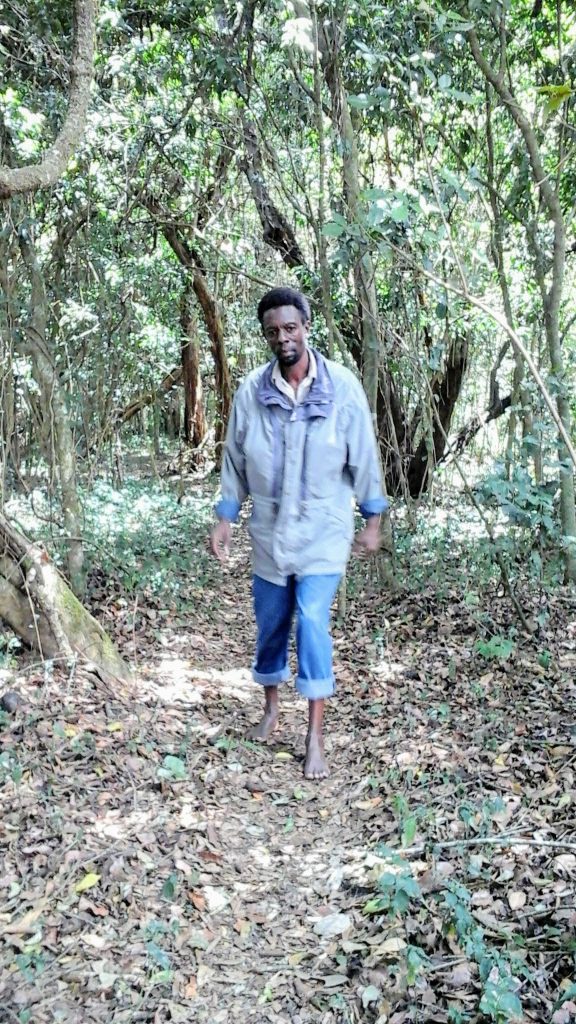 It came out that we – JichoJipya/Think Anew – were the only ones who interviewed him correctly of what he was – an independent thinker and a freethinker – and in that way cleared many misconceptions about his life stance and thus way contributing philosophically in documenting correctly his biography.

Ngombale-Mwiru being another of a series of very important figures of the Uhuru era age, being one in the team of Nationalist founders here.

After his death, our interview with him got noticed, and was “shared” around, and even plagiarized! Many ones came to know what a freethinker living without a religion is…not necessarily a Marxist or a communist as an assumption by many implied that was a necessity the case!

Someone got linked to us saying Kingunge’s life epitomizes his own, but he thought he was alone. So, he joined our circle on knowing there are others alike, albeit few who are Kingunge like-minded, living good without any religion. More so, the interview got even journalists starting using the term “freethinker” here!

“Wosia wake” Swahili for his final word to us (during the interview) was… “during my time I was alone but you freethinkers now you must be meeting regularly” …he said that, adding he was very happy to have finally met the Tanzanians of his like-mind, though of a later generation. He advised us to be meeting regularly.

So, it’s our aim to see that the Tanzanians “FikraHuru” freethinker’s family – be humanists, secularists, and rationalists – meet & socialize more regularly. But first, we have to pioneer and “unearth” and connect those who are in the closet, to emancipate them from fear and let them realize that they are not alone as nonbelievers.

And going by the population of Tanzania, while, yes, freethinkers are an obvious minority, but they could be sizeable & noticeable if organized…talk of W.E.B. Du Bois “Talented 10th” of any society!

Late Elder Kingunge lived ahead of his time. For us, the middle-aged, we have tried hard to build the foundation for the emergence of genuine freethinkers in a humanist eeuphraxsopher circle & community here.

Now, the youth have been teaming with us, collectively we see ourselves as the footstep Heirs of Kingunge philosophy, of living without religion, likewise Mwalimu J.K. Nyerere Tanzania very first President’s principles of Secularism for Tanzanians as modern Africans.

We paid tribute to both of them during the AG meeting – together with Ugandan writer-thinker named Okot Pbitek – for being founders of independent thinking to freethinking on Rationalism secularism aspect of modern African life.

Another recent development is that we have again had an interesting interviewed with another prominent individual, this time Emeritus Professor Alex Mwakikoti. A Tanzanian living and teaching in the USA.

The interview shall be out to the public soon. We agreed during the AGM to remake, revamp the website because now the youth team within us are pushing us (in a good way!) to be more vigorous, more open, and active.

They have the know-how on how to use modern gadgets – smartphones as a tool of intellectual empowerment, modern version of Gutenberg print revolution during dark age going towards renaissance, as indeed it is our case stage here in modern times today.

Thus such modern devices for reaching out to the public. We are thankful that now the youth are finding us and joining us. Power be to the youth for the ultimate African humanistic rationalistic renaissance! 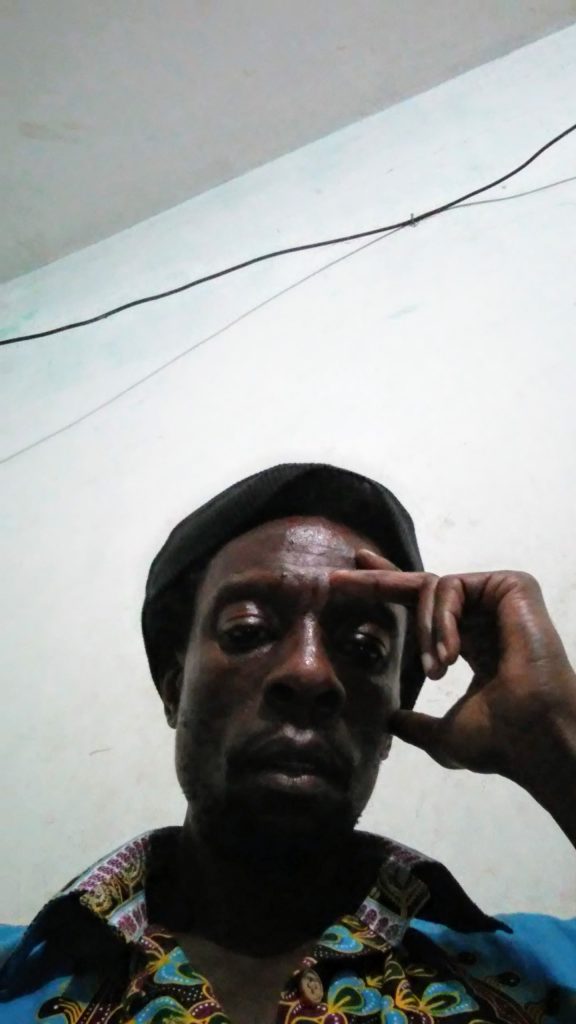 Jacobsen: What are the next steps for Tanzania to compassionately, considerately, and democratically move from superstition to rationality, human rights protections and implementation, and science and evidence-based thinking – much more broadly than its current state?

Nsajigwa I Mwasokwa (Nsajigwa Nsa’sam): Next step for us is the preparation to come out and let the Tanzania populace know that there are many more Kingunge like people – independent thinkers and freethinkers living without religion yet ethical, humanistic and that, it is indeed possible to live that way.

Jacobsen: Thank you for your time, and the opportunity, again, Nsajigwa.

Nsajigwa I Mwasokwa (Nsajigwa Nsa’sam): Our venture is monumental, herculean. It needs the support of any fellow like-minded – freethinker Humanist Secularist Rationalist family. Any such positive resource support is welcome. Thank you for this great chance. 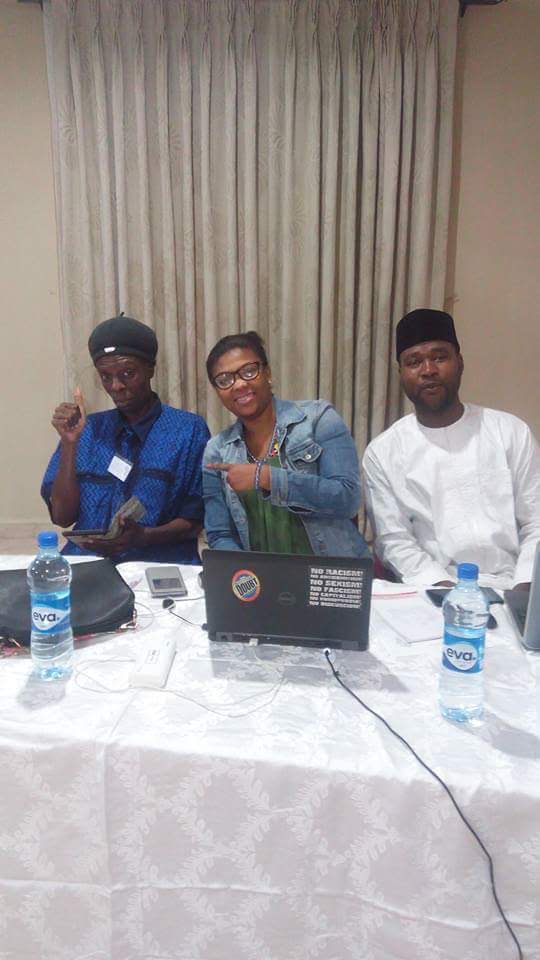 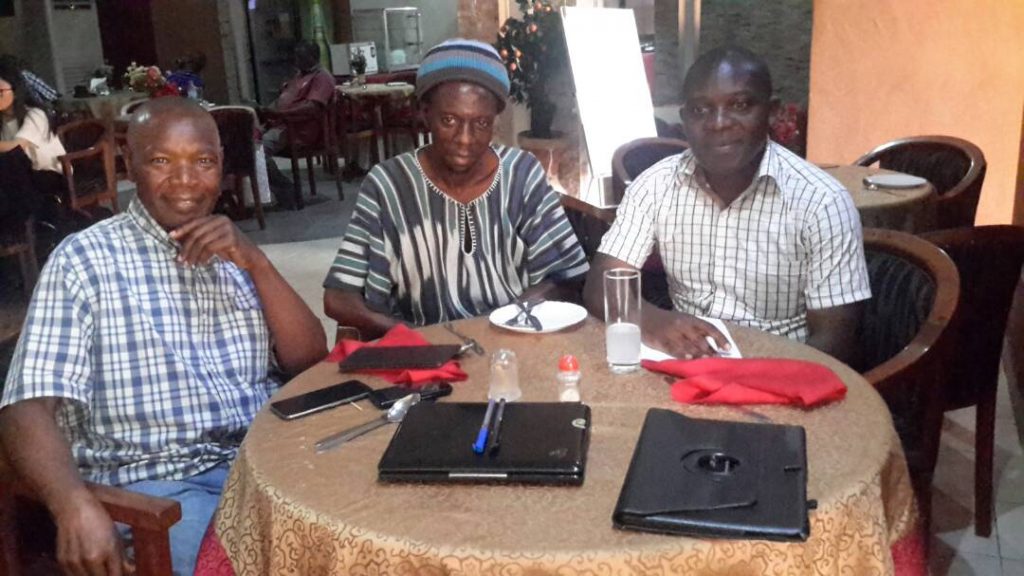 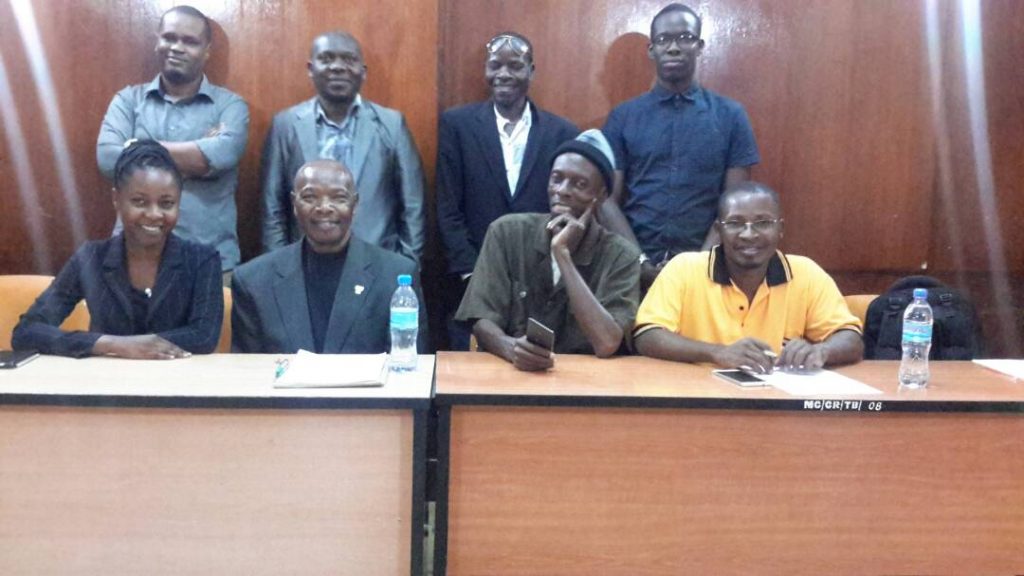 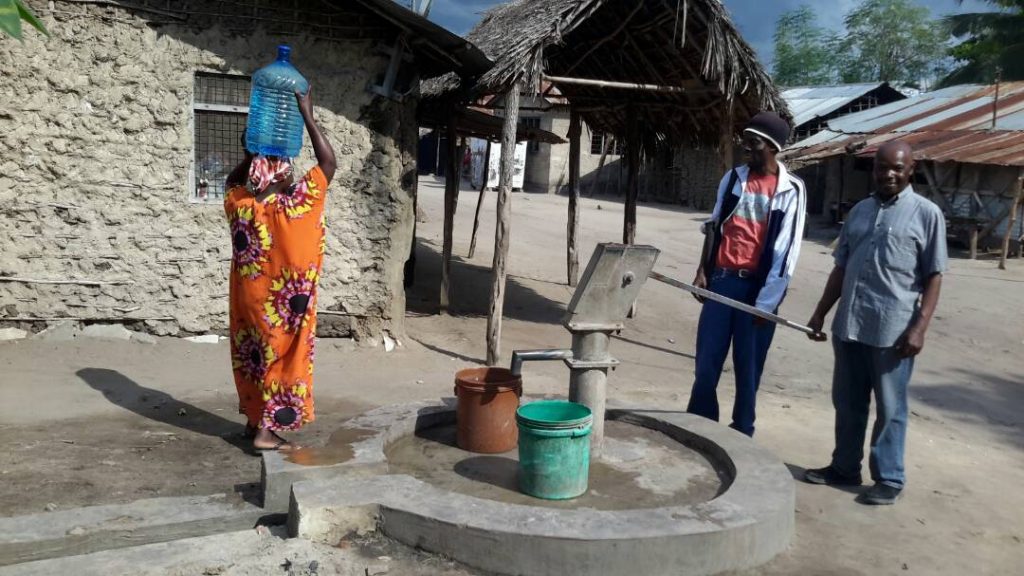 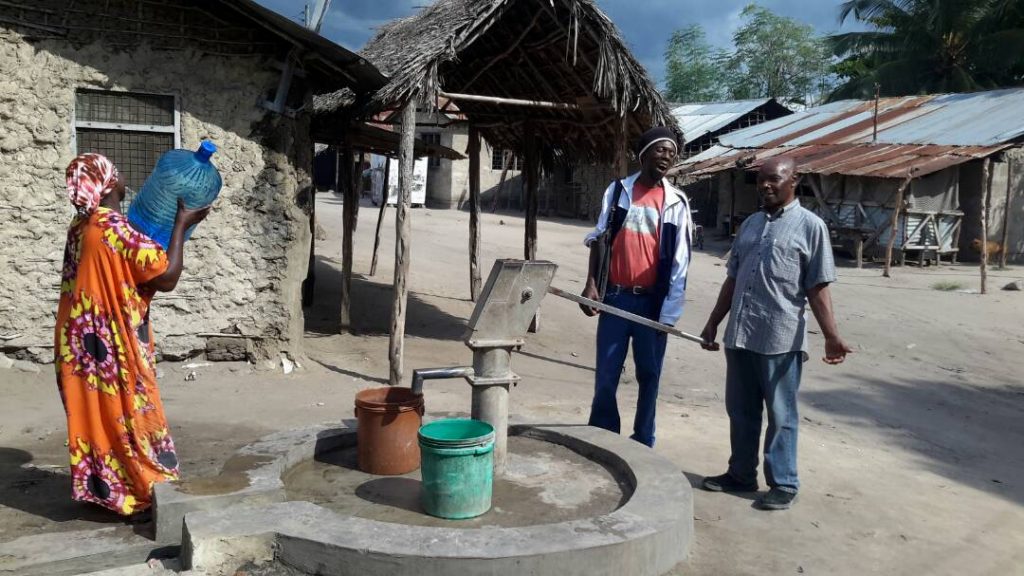