It’s that time of year again! Let’s get our blasphemies on!

If the previous paragraph looks familiar, it’s because I literally copy-pasted it from last year’s Blasphemy Day post. Sad trombone.

What went wrong? Well, just a few weeks after last year’s Blasphemy Day came “The biggest setback of 2017”. That was the watering down of Bill C-51, removing the repeal of §176, the “disturbing the solemnity of a religious gathering” law. An organized push by religious groups pulling the strings of Conservative MPs managed to sway the Liberals – who aren’t really great at sticking to (sensible) principles. As near as I can tell, that was the only change made to the Bill since it was first tabled.

That sucked, but the rest of the Bill, which promised several good changes to the Criminal Code, still stands, and finally passed through the House of Commons a week or two after it was amended. And then… nothing. Well, not literally nothing. It’s been stuck in the Senate for almost a year now, but it hasn’t actually been frozen. It is moving through the Senate… slooooooowly; in fact, as I’m writing this, it was most recently discussed Thursday the 20th. There are a few reasons for the holdup. First, the cannabis legislation – and there was a lot of it – had priority, and as we know that took up so much time that the legalization data was pushed back from June to 17 October. (So on Blasphemy Day next year we’ll be able to legally blaspheme while legally high!) Second, C-51 is an omnibus bill; it doesn’t just repeal the blasphemy law, it fixes several problems with our criminal code. I don’t have the transcripts for the September meetings, but from the June meetings I get the sense that the parts that are raising the most questions are the ones that have to do with consent to sexual activity (whether it is possible to consent beforehand, whether unconsciousness is the best line for inability to consent, and so on – that case of the Nova Scotia cab driver who was acquitted despite being caught with his pants down and face in the crotch of a black-out drunk passenger came up often).

The upshot of all this is that although it’s taken a lot longer than anticipated, things are still very much on track. It’s still quite possible that the blasphemy law will be repealed before 2019.

So let’s not dwell on the disappointment, and instead think of this as the last year we can enjoy the salacious feeling of being outlaws as we blaspheme. Cause we’re gonna blaspheme regardless, right?

This year’s blasphemies are less diverse than last year’s (also check out 2016), and there’s a bit of a TV/film theme. Enjoy! 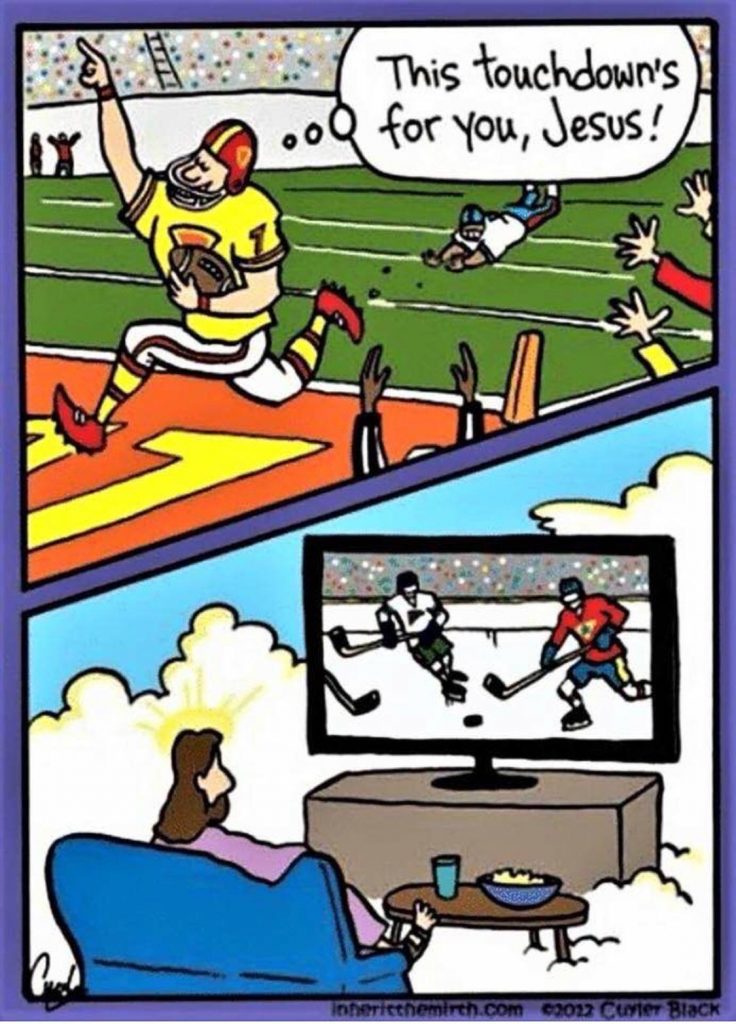 I think it would actually be amusing to see hockey players try Tebowing… while still sliding around the ice like bumper cars. 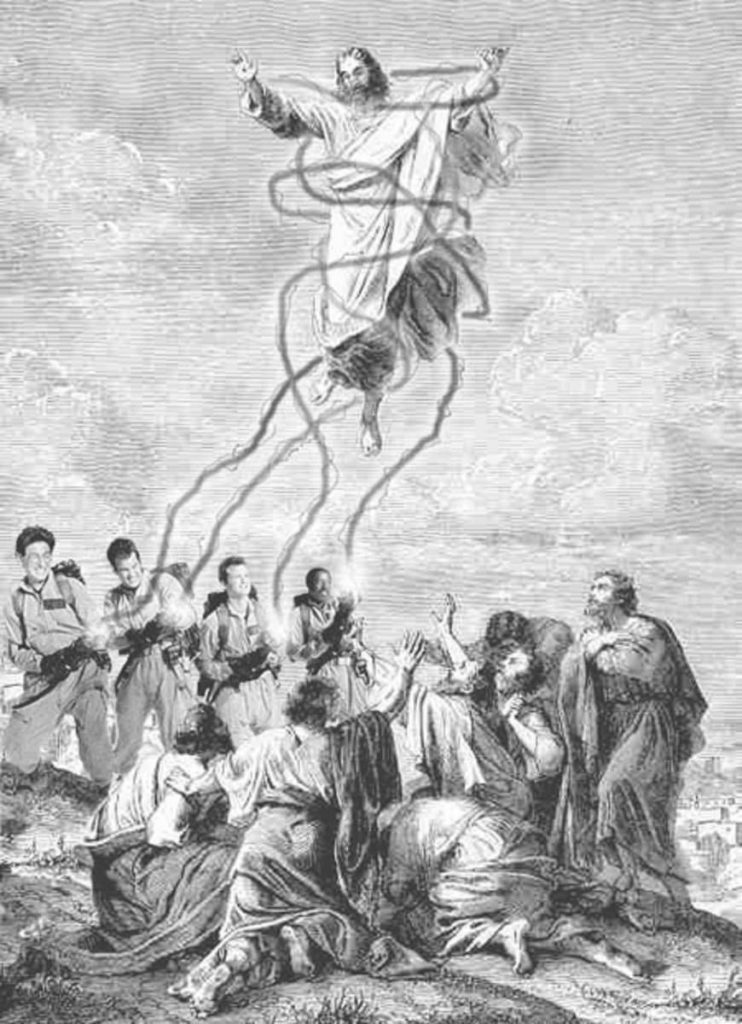 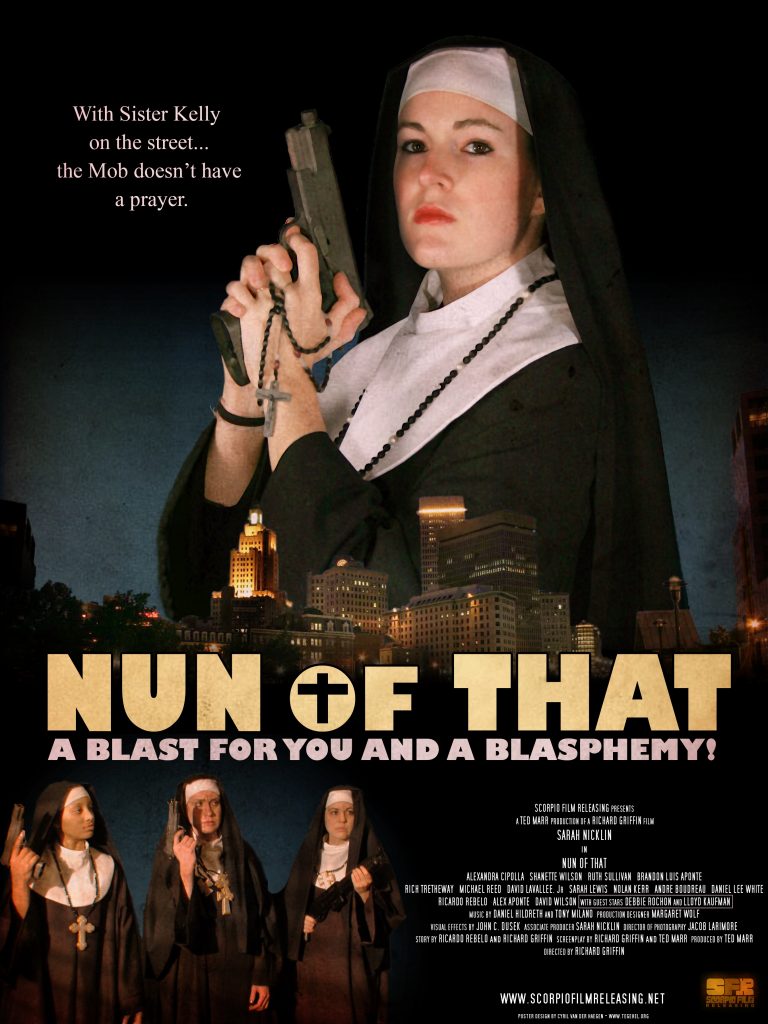 Stumbled across this poster, and discovered, to my amusement, that it is for a real film.

The image of Jesus walking up a stream of pee to kick a Nazi in the face is glorious, but to my delight, this wasn’t just a one-off image. This is actually a page from a graphic novel that looks every bit as blasphemous as you’d think from this preview. The whole 3-part story is available, and there’s even this preview video that is just mesmerizing in its insanity:

This next one isn’t really blasphemy, but after showing Jesus as a comic book hero, I couldn’t resist showing what it might look like if atheists were called on to save the day in a comic: 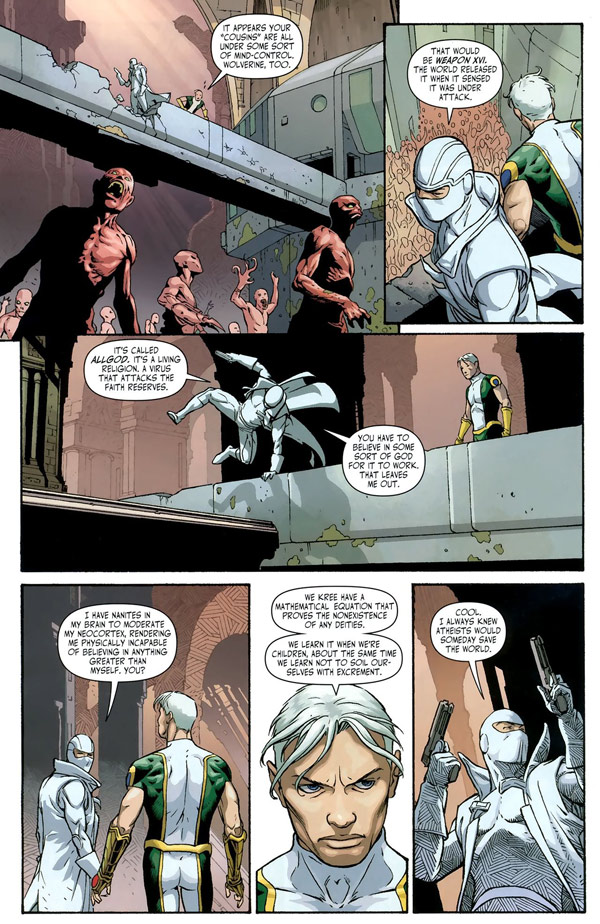 Though it looks professionally done, with hints that it might be a Marvel comic, I have no idea where it actually came from. If anyone can find out, please share in the comments.

This is probably a pretty dickish thing to do, and runs the risk of triggering a proselytizing session, but the idea is funny anyway.

And finally, here’s something worth trying the next time someone tries proselytizing to you:

Here’s looking forward to a blasphemy law free Canada in 2019!