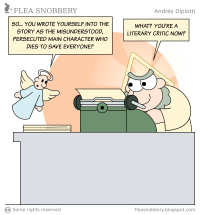 Jesus is the ultimate Gary Stu.