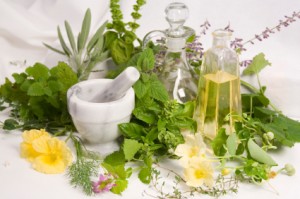 I had thought about writing about the following case earlier but I was so annoyed that I was completely unmotivated to do so. Happily, Jerry Coyne wrote about it at WEIT but I’ll add my thoughts here as well. I am of course talking about the case of a First Nations child whose parents decided to take her off the chemotherapy treatment she was receiving for leukaemia, at McMaster Children’s Hospital, in favour of traditional medicine. The chemotherapy treatment gave her a 90-95% survival rate.

The hospital appealed to the courts to compel the Brant Children’s Aid Society to force her to resume her chemotherapy treatment, however Judge Gethin Edward ruled otherwise:

I cannot find that J.J. is a child in need of protection when her substitute decision-maker has chosen to exercise her constitutionally protected right to pursue their traditional medicine over the Applicant’s stated course of treatment of chemotherapy.

So, the child will most likely die. What I find ironic, however, is that the child is taking treatment from a charlatan in Florida who is administering vitamin drinks and raw food diets as his cancer cure.

In a video obtained by CBC News, Clement says his institute teaches people to “heal themselves” from cancer by eating raw, organic vegetables and having a positive attitude.

Lastly, how is this court case consistent with how Canada has dealt with similar challenges in the past? In 2009, a Jehovah Witness girl’s case was dismissed when she claimed her rights were violated when she was forced to receive a life-saving blood transfusion. Indeed, the

Supreme Court ruled that such medical interventions are constitutionally sound, striking a balance between the choice of the child and the state’s protection of the child.

So is it different for First Nations children? It appears so. This is a despicable miscarriage of justice that has damned this child to die a slow, agonizing death. Shame on you Judge Edward.