…an independent, not-for-profit organization that supports independent, authoritative, and evidence-based expert assessments that inform public policy development in Canada. The Council’s work encompasses a broad definition of science, incorporating the natural, social and health sciences as well as engineering and the humanities.

The CCA considers that a society:

…has a strong science culture when it embraces discovery and supports the use of scientific knowledge and methodology. Such a culture encourages the education and training of a highly skilled workforce and the development of an innovative knowledge-based economy.

Canada actually does pretty well. The full report is available here and I’ve included some of the key findings below. One note of caution: wherever Canada is compared to other countries, the Canadian data are brand new, where the other countries’ data collection years vary. In other words, it is conceivable that Canada’s rank could move relative to these other countries if their data were collected at the same time.

The info-graphic below shows that Canadians view science favourably with 93% of us expressing an interest in new scientific discoveries and 74% of us agreeing that science and technology will bring future opportunities. 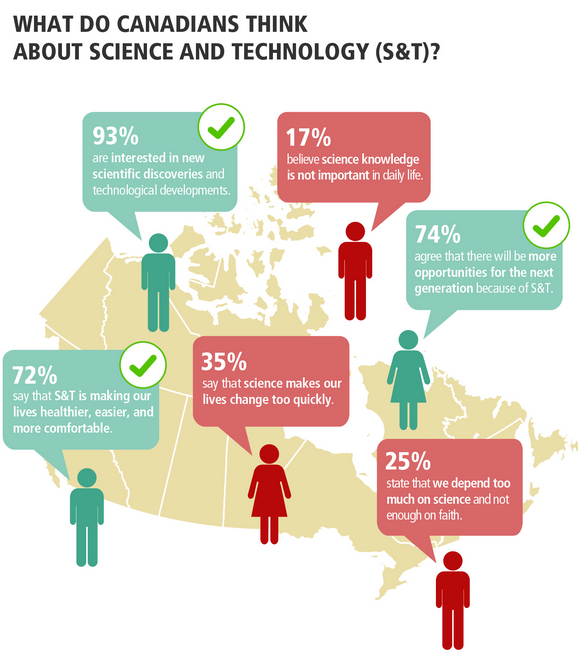 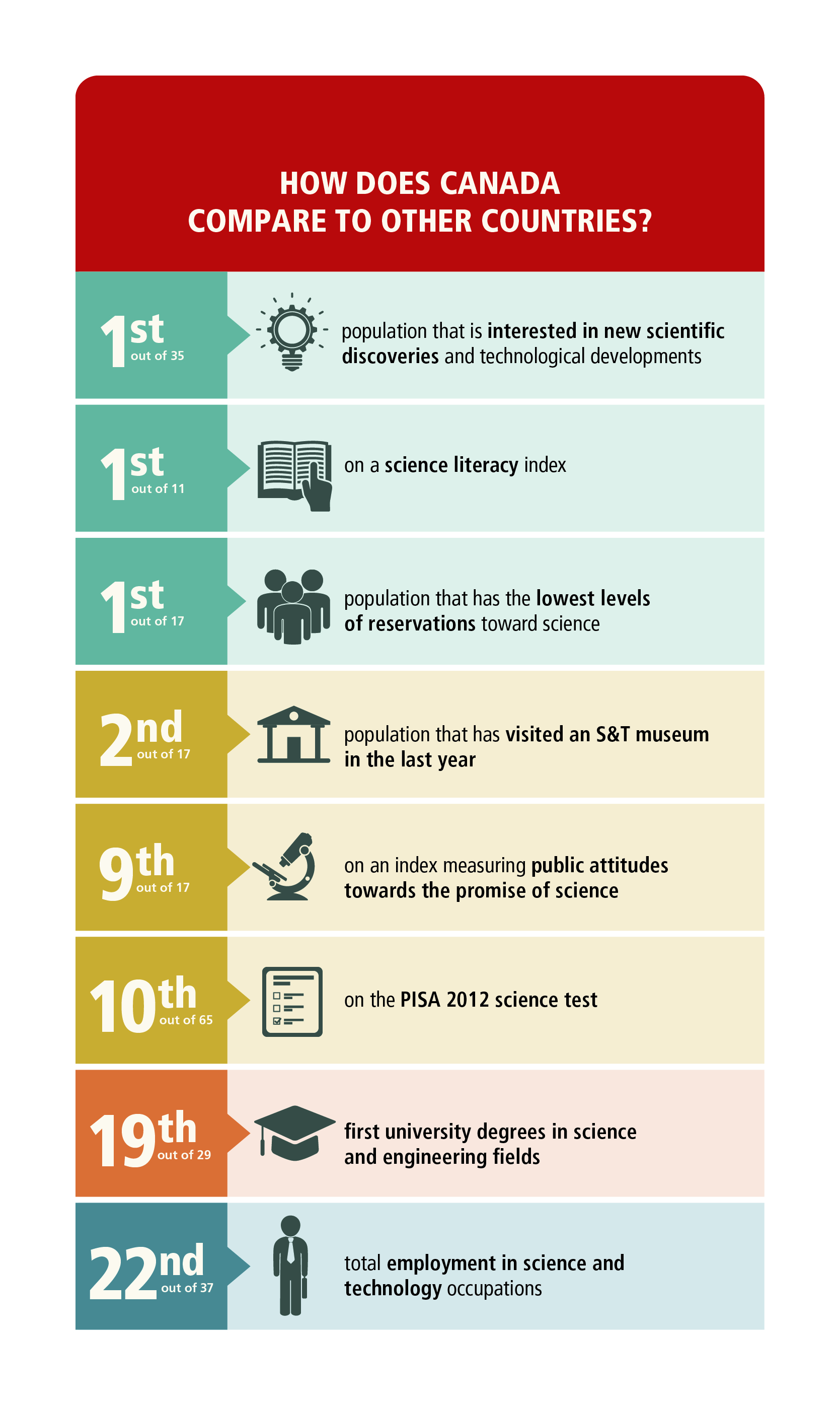 The following two tables are a nice summary of the report but you take a look for yourselves as well by following this link: Council of Canadian Academies | CCA | Science Culture: Where Canada Stands. 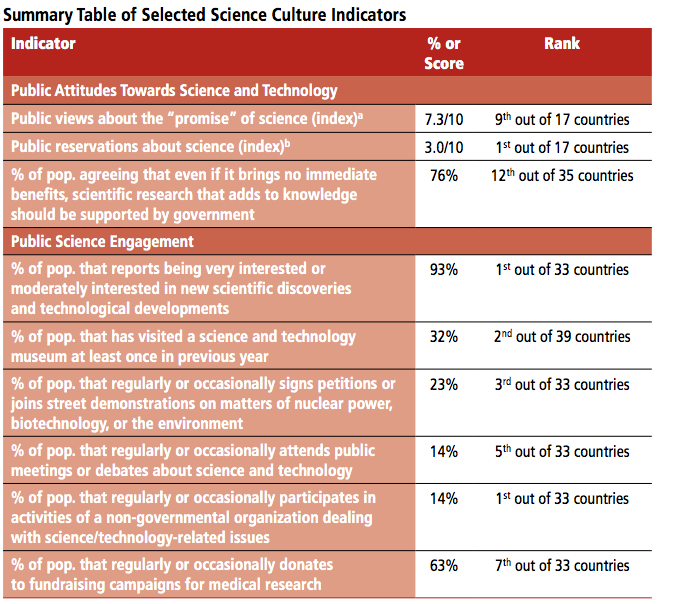 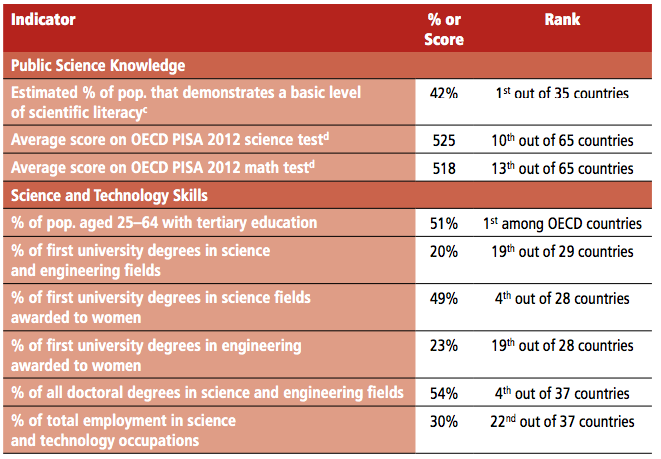