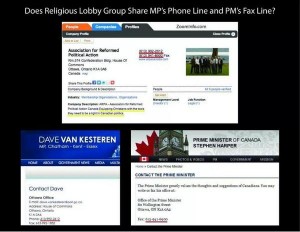 Ideologically, communism might be dead — tossed on the trash heap of history, to recast Karl Marx’s famous phrase — but its victims won’t be forgotten, at least in the national capital.

according to zoominfo.com, the Office of the Prime Minister and an MP share contact information with the Association for Reformed Political Action (ARPA) Canada, an association whose goal is

Equipping Christians with the tools they need to be a light in Canadian politics.

More investigation is needed; for now, this information is provided for you by Canadian Atheist, whose goal is equipping the non-religious with the tools they need to be aware of and combat religion in Canadian politics.

6 thoughts on “Jesus Christ! ARPA and the Canadian Government”