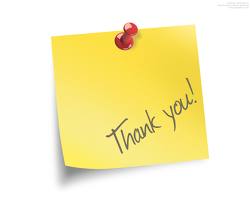 Thank you for your decision to march in Toronto’s WorldPride parade on June 29:

“Registering for, and marching in, the World Pride Parade is a visible symbol of solidarity with one of the most marginalized groups in the Catholic community”

However, it appears that honest to God Catholics in Ontario are feeling “shock and anger” that

the Ontario English Catholic Teachers Association (OECTA) has announced they will march in the WorldPride Parade in Toronto this year after a motion was passed at OECTA’s recent annual general meeting.

This move is a blatant assault on the Catholic Church from the very people who are supposed to be teaching our children about the Faith. In truth, no one should be surprised at this development because our Catholic schools are not really Catholic at all.

This latest development continues the meteoric destruction of publicly-funded Catholic schools in Ontario.

Make [their] voice[s] heard. Write to OECTA, the bishops, and Cardinal Collins. Ask your parish priest to speak out against this latest assault on God’s natural laws.

Why would people think they have the right to do that? Thomas Collins was made a  Cardinal by the leader of a foreign city-state. It is neither rational nor seemly that he should have a say in the running of publicly funded schools. If Collins, Ontario bishops, and parish priests want schools that obey “God’s natural laws,” they should build them, staff them and pay for them themselves.

Keep up the good work OECTA!