Over 60,000 people have signed an online petition to remove the Katy Perry Song, Dark Horse from YouTube. See the BBC’s screen capture below. 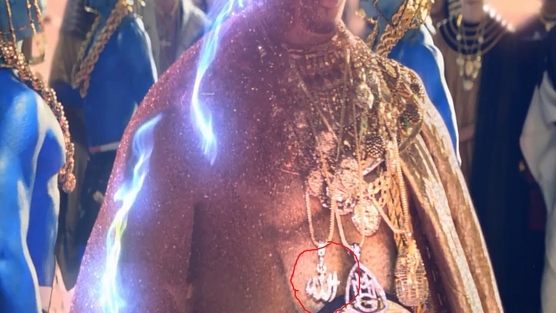 The reason for the offence, according to Shazad Iqbal, who started the petition, is that:

The video is considered as highly controversial to its viewers as a result of its portrayal of blasphemy.

At 01:15 into the video Dark Horse; a man is shown being burned, whilst wearing a pendant (also burned) forming the word ‘Allah’, which is the arabic word for God.

Such goes to show, that blasphemy is clearly conveyed in the video, since Katy Perry (who appears to be representing an opposition of God) engulfs the believer and the word God in flames.

Well, as Salman Rushdie says, “Nobody has the right to not be offended”, but according to the petition site, the word “Allah” has been removed from the video. I took a look at the video on YouTube and this scene goes by so quickly, I don’t know how anyone could have noticed, but it appears the pendant has been removed (see screen capture below). 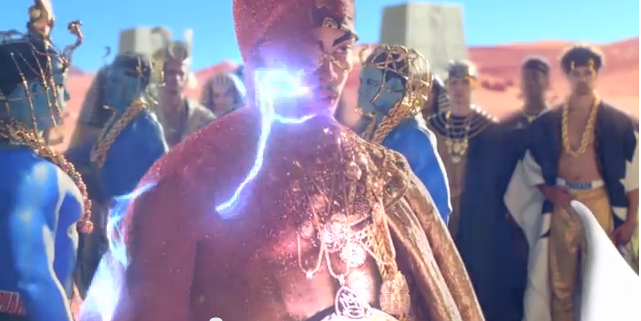 I’m offended at the inaccurate portrayal of Ancient (or maybe Ptolemaic?) Egyptians but of course religion is something we dare not offend.