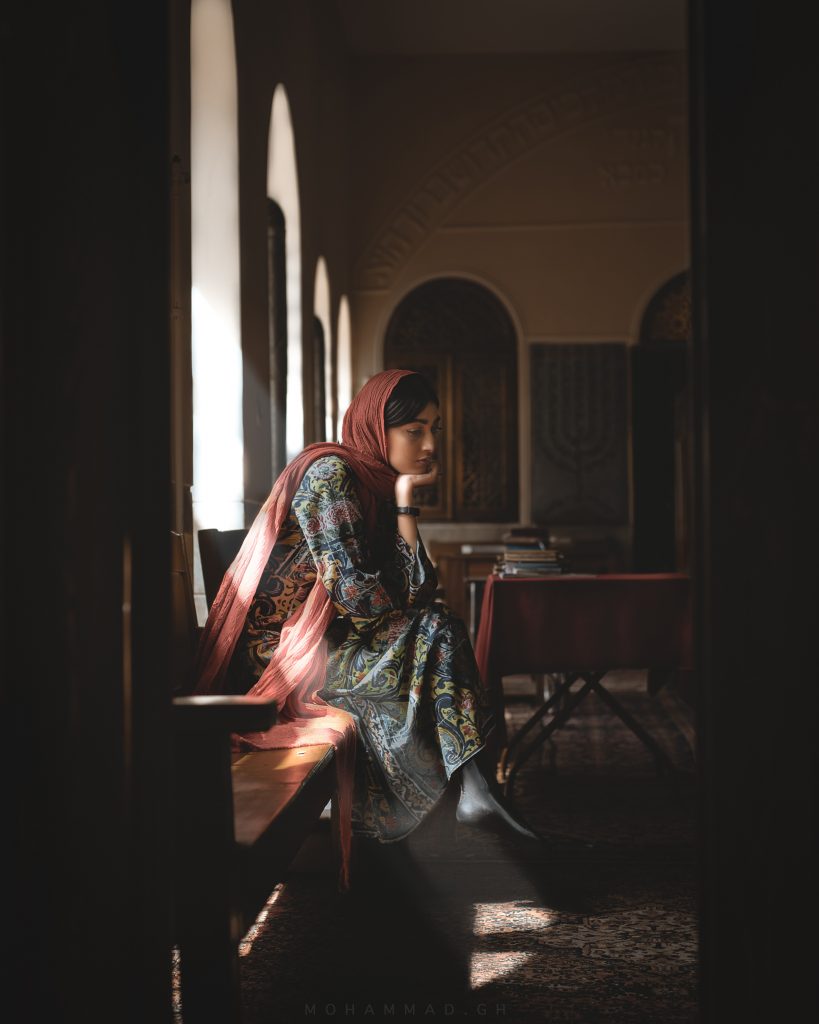 Scott Douglas Jacobsen: What is your family background in religion?

Arya Parispur: I grew up in a house where my father mocked religion and my mother practiced it in her own way, but neither of them forced their children to go either way and we had much liberty to make our own decisions.  In school, however, we were obliged to practice Islam that is to fast during Ramadan, say Islamic prayers and be a hijabi, which I pretended to do to avoid the harsh consequences.  It was this balance in my parents’ views and also the different lives I lived at school and home that kept my mind open to different aspects of religion. When I left Iran (in my early twenties) and was introduced to secular societies, the concept of God and the matter of his existence became less relevant in my life.

Jacobsen: How did this influence the personal relationship with religion?

Arya Parispur: My mother was a God believer and always talked about how God (Khoda in Persian) has loved and helped her in life and that she loved him back for that. Therefore, as a child, although I chose not to pray to him, I believed in the God my mother believed in, which I was told was never vengeful or mean, unlike the God they described in school. So having that ingrained in me, I separate the concept of God from religion and while I believe religion does to mind what poison does to the body, my opinion about God’s existence varies based on how one describes God. If God is an entity that’s the source of life and we feel peaceful when we- in our own personal way- connect to that source, then I would say “yes maybe that’s God”. But if he is like a nosy neighbour who is constantly spying on us with his binoculars and is keeping a tally chart of our deeds that please or upset him, and we have to behave accordingly or else he’ll have his nasty revenge, then I say “that’s what religion wants you to do and believe, stay away from that poison.”

Jacobsen: In correspondence, you noted the secret lives of Iranians who are atheists. Many come out as atheists and, therefore, others will not but still be atheist. What are some English translations from Persian of their protestations and statements as atheists in a theocratic regime?

Arya Parispur: During my college years in Tehran I was introduced to these underground group gatherings where people discussed their willingness to leave Islam and convert to Zoroastrianism (ancient Persian religion) or Christianity, while some pointed out atheism and complete freedom from any religion. That was where I first heard about atheism. Having lost my direct connection to the young people who currently live in Iran, I can still observe on social media, mostly Twitter, that atheism has developed a lot among the young generation of atheists and ex-Muslims who express their opinions (anonymously). They criticise religion –mainly Islam- and share their journey of how they became atheists. These discussions become of more importance especially now that Iran is in a critical situation- politically, socially and economically- under the rule of religion.  The argument is that Iranians are trapped in this situation because Mullahs take advantage of their religious beliefs and rule over them; therefore the only solution to break free from this chain is to turn away from Mullah, mosque, and Islam altogether. This could come as the hardest blow for a regime whose whole existence is based on religion and Islamic Sharia law.

Over the last 8 months, there have been several street protests in different cities of Iran.  The regime’s or even Western media have portrayed these unrests as results of economic strain, sanctions, and poverty, whereas people have chanted much more radical slogans during their demonstrations. “Death to dictator” is one of them which is directly referred to Khamenei, the current leader of the regime who is also the highest religious figure in the country. People go the mosques in their towns and turn their backs to the Imam and shout “turning our backs to the enemy, turning our face to the country” and “our enemy is right here, they lie to us that it’s America” right after Khamenei gives a speech and blames the enemy (the United States and Israel) for the troubles in the country.  A recent “Mullahs must get lost” slogan has also sparked among the protesters. But the most common and recurring slogan that’s been heard from several public places in different cities of Iran has been “Reza Shah, bless your soul”. Reza Shah was king of Iran from 1926 to 1941 and is known to have resented the Mullahs and have confined them and their political activities during his reign. Reza Shah is also known for his patriotism and hard work towards the systematic development of the country’s economic and societal structure. Reza Shah’s grandson, Prince Reza Pahlavi, currently lives in the States and is the strongest and most popular opposition that Iran’s regime is facing, therefore chanting Reza Shah’s name while Iran is on the verge of overthrowing a theocratic regime, carries a heavy political weight.

Jacobsen: What have been the historic upheavals within Iran regarding atheists speaking out?

Arya Parispur: We grew up under a regime (the Islamic Republic of Iran since 1979) that intertwined politics with religion –Shiism- and caused great suffering for many of us. The spread of atheism in Iran could be a counterattack against that, hence a political move rather than a stand-alone dispute for atheists’ civil rights. Apart from that, a certain hatred for Mullahs and representatives of Shiism has grown that reflects in the protesters’ slogans (mentioned earlier), and although all of the protesters might not necessarily be atheists, they firmly disapprove of Mullahs and their contribution in running the country. What they’re after is a secular democratic system where followers of any religion and atheists can all have their rights.

Jacobsen: What have been the more recent protests and movements, public and underground?

Arya Parispur: Underground movements in modern terms could be anonymous activities on social media which have extensively increased inside Iran. Anti-regime secular and atheist Iranians have no platform or media outlet to openly express themselves, and major social media networks such as Facebook, Twitter and Telegram are also banned inside the country. Using VPN apps and different proxies are the only way they can manage to join and speak against the regime and Islam, organize street protests, and share the news of recent uprisings among themselves. There have also been several peaceful strikes by truck drivers and shopkeepers who have planned such activities through word of mouth. What is quite interesting is that none of such uprisings have been ignited or guided by a particular person as the leader. Such movements are merely the manifestation of people’s unity in one demand which is the collapse of this malfunctioning theocratic regime.

Jacobsen: You wrote Limu Shirin, The Bitter Story of Life After the Iranian Revolution. What was the inspiration for the title? What are the main premises in the book? What are the core questions raised and answers given by the end of the text?

Arya Parispur: “Limu Shirin” means sweet lemon in Persian, which is a type of lemon that grows in Iran and has a particular bitter sweet taste. I have used that as an analogy of how life was for us who grew up in Iran after the 1979 Revolution that brought the current regime to power. The book tells the memories of a childhood filled with bitter moments of an eight-year long war (in the 80’s between Iran and Iraq) and the grim school days of imposed Islamic ideology. But that childhood also came with a kind of sweetness that children always manage to create in their life. This book speaks for the kids of that generation who had to suffer the consequences of the mistake-the Revolution- that their parents made, but now they’ve risen up against it and are determined on changing this regime and their destiny.

Jacobsen: Thank you for the opportunity and your time, Arya.

Photo by Mohammad Gh on Unsplash