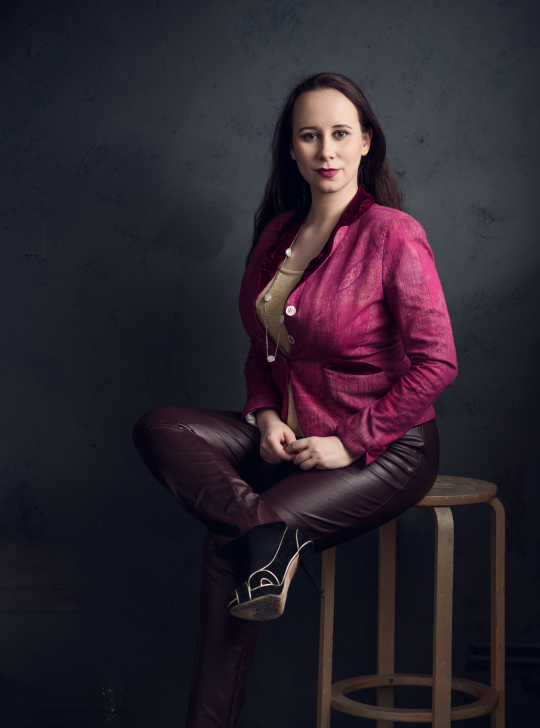 Claire has a background in law and psychology, and is currently working on her degree in Religious Studies. She has been involved in the skeptic movement since 2013 as co-organizer of the Czech Paranormal Challenge. Since then, she has consulted on various projects, where woo & belief meets science. Claire has spoken at multiple science&skepticism conferences and events. She also organized the European Skeptics Congress 2017, and both years of the Czech March for Science.

Her current activities include chairing the European Council of Skeptical Organisations, running the “Don’t Be Fooled” project (which provides free critical thinking seminars to interested high schools), contributing to the Czech Religious Studies journal Dingir, as well as to their online news in religion website. In her free time, Claire visits various religious movements to understand better what draws people to certain beliefs.

Claire lives in Prague, Czech Republic, with her partner, and dog.

What are some basic facts that you can deliver to the Canadian Atheist and non-religious community? That they might not know.

Claire Klingenberg: I suspect part of it started during the Enlightenment era, in the 17th and 18th century. Later, the Church lost a lot of its power in the communist times. Of course, the times were horrible. But it weakened the Church, and its influence, as a whole. In the nineties, after the fall of the Soviet regime, people were fed up with any kind of “moral” institutionalism. That is one of the reasons why many countries in Europe are more secular.

At the same time, a division must be made between parts of Europe. The more east you go, the more religious Europe becomes. The center is the most secular part. The reason why, [sighing], has to do with the quality of education. Many central and northern European countries have good, secular, educational systems.

Usually, quality education is related to rationalism and atheism. That would be the answer As for gender equality – it also relates to secularism and democracy. When laws aren’t based on a doctrine saying that women are inferior, there is room to start balancing gender equality.

Jacobsen: Do you think these variables connect to one another? The gender equality, the religiosity, the amount of influence of religion on politics, and so on.

Klingenberg: I think it boils down to education. As soon as you start giving women the same education and opportunities as men, the more educated the population as a whole becomes, which in turn leads to secular, even atheist thinking. So, absolutely, I think that they are related.

Jacobsen: When you look at many other metrics, which you do not need to go into here in full detail, the health of the country is much higher. I think that is also associated with the higher education, the lessening of religiosity, the increase of gender equality, and so on.

Klingenberg: Absolutely, as soon as you start caring about women’s health, the less you will have women dying, especially for purely feminine medical reasons, e.g. childbirth, ovarian cancer, and various other illnesses and complications.

So, yes, many large religions – traditional religions – are seeing women in a subservient role and somewhat less of a man. These countries or societies are the ones which care less about women’s health, and center around controlling women’s reproductive systems. There is great contrast in the healthiness of societies as a whole between those with unequal and attempting equal healthcare.

Jacobsen: Thank you for the opportunity and your time, Claire.