It shouldn’t be controversial to say as multiple US court rulings have concluded as much but following my new article in The Tyee calling for more secular recovery options, I’ve seen a series of comments saying we atheists should just get over all this “God” and “higher power” stuff. The program has helped some people, and don’t we care about the addicts?

Setting aside the dehumanizing language of “the addict” that comes up so often from AA defenders, let’s pause for a second and consider whether the program actually works.

A 2006 Cochrane Review (a thorough review of all the studies on a subject) found “no experimental studies unequivocally demonstrated the effectiveness of AA or TSF approaches for reducing alcohol dependence or problems.” In other words, you’re as likely to stop drinking attending AA as you are staying home.

And what about those people who say AA did help? While the group support may have been valuable, we can’t confirm that it was AA itself that helped. It’s as likely they might just have quit through other means. Anecdotes are not data.

AA devotees will challenge these claims, arguing some form of “the steps only work if you truly follow them”, which is about the most religious argument they can make. Beyond the evidence, AA also calls on its members to proselytize in the name of AA, which explains why supporters are so defensive of the program. It’s also widely reported that the insular nature of AA and the internal power dynamics make it ripe for sexual abuse.

But let’s set all that aside. Canada is a free country and people are able to choose whatever means they want to combat their substance use issues.

The bigger issue I’m interested in tackling is the fact that many of our publicly-funded treatment options rely on 12 Step Programs and courts and employers are able to get away with forcing people to attend a religious program. Part of this problem is that no one has challenged these issues in a Canadian human rights or tribunal (although we’re following one human rights case that should be heard this fall), another part is the pervasiveness of AA within the addictions field. 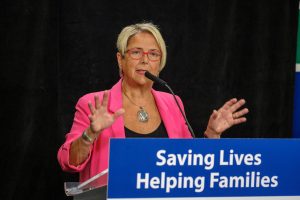 But now here in BC we have a progressive government that’s created a Ministry of Mental Health and Addictions and is actively consulting on a new mental health and addictions strategy. If ever we were to get a strong statement supporting secular and evidence based recovery options, this is it.

This is why the BC Humanist Association is circulating a petition calling for secular & evidence based recovery options to be the default option. We’re almost at 500 signatures but we’ll need a lot more to get the attention of the government.

We made these arguments to the previous government. They were supportive of evidence-based recovery programs in general; however, they made no overt moves to make secular options like SMART Recovery the default. Now is our best chance to get the government to listen.

Ian Bushfield is Executive Director of the BC Humanist Association. He was a regular contributor to Canadian Atheist in its early days and he’s returning to blog here occasionally with updates on the work of the BCHA or his own personal opinions.

2 thoughts on “Fighting faith based addiction recovery in BC”