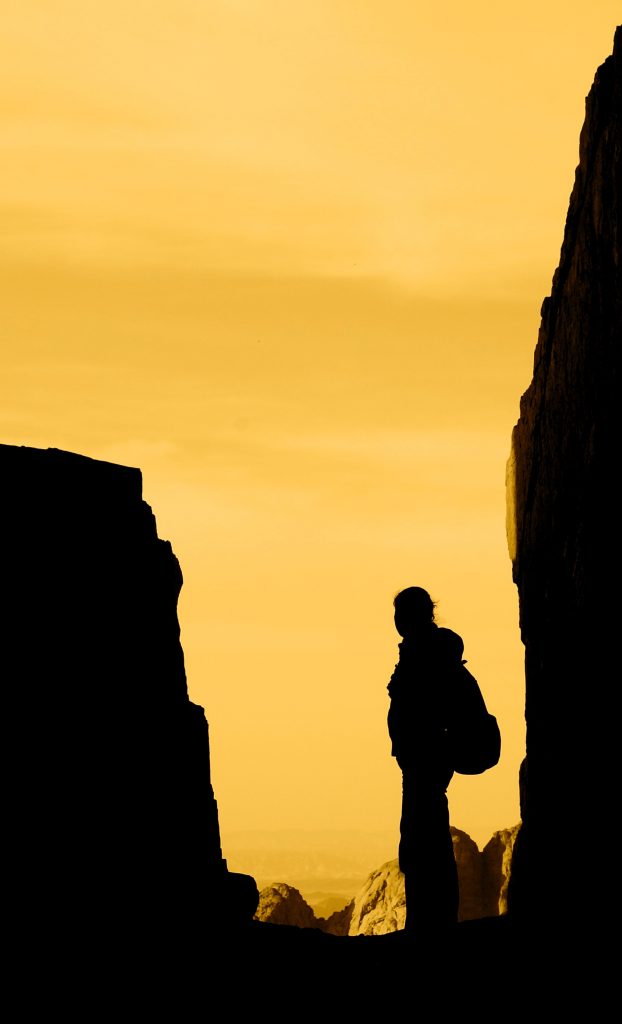 This is an anonymous – safety remains a concern and a fresh issue for this individual – interview with an Egyptian author, atheist, freethinker, and translator. Here we talk about Egypt, atheism, freethinking, and their story and views.

Scott Douglas Jacobsen: As an Egyptian, what was early life like for you?

Anonymous Egyptian Author, Freethinker, and Translator: I’m happy to make this conversation with you, first. Every Arabian and Egyptian family differs from each other. In my personal experiment, I had a violent abusive fundamental father, semi-extremist and traditional.

I lived some of my early years within the Egyptian ingathering in Qatar in the area of Persian/Arabian Gulf, the extreme violence was the usual and standard thing in the school and homes, so in my experience, to live your childhood with Islamic traditional fundamentalists isn’t a good thing, it’s the real hell, you can say.

Jacobsen: When did you become a freethinker or an atheist?

Anonymous Egyptian Author, Freethinker, and Translator: It happened when I was 21-years-old, in 2006, it’s a lovely sweet memory, even though what I suffered for that.

Jacobsen: What were the reasons for leaving the faith and becoming an atheist as opposed to, for example, switching to another faith?

Atheism (materialism, rationalism) differs from all religions, by its refusing to believe unproved unseen unscientific things, so while it may be considered a belief, it’s not a religion.

When I studied the religions in free reading and studying, I found faults in all of them, they have bad horrible unjust and un-rational laws, scientific errors in their texts, discrimination against women and other religions followers, Islam, Judaism, and Hinduism are the worst religions in the world in my opinion, the Christian gospels (without the Tanach or the Old Testament) and the teaching of Buddha and his monks are not that bad, but they have contradictions, historical errors, scientific errors in their texts, and some totalism in their legendary unhumanistic values and morals.

When I study Quran, Hadiths, and the books of Muhammed’s biography, I found that the laws of Islam are unjust barbaric brute primitive thing, with many legal faults, and that life of Muhammed and deeds are a bad terrorist example, most of Islam ideas and teachings are corrupted, they distort the minds and morality, and Old Testament and some parts of Talmud are as bad as the Islamic holy texts.

On the other hand, sciences have real answers nowadays about our questions about the existence of the universe and living organisms. One of the many problems in Islam world that in most of it they prevent some kind of real science books like books on evolution fact and other things, the lay public average people in the middle east hate the sciences by nature, they consider them an evil infidel thing!

I believe also in secular liberal (maybe we can say: Western) ethics, actually I don’t consider many of those who call themselves Arabian atheists as real atheists, because they keep the Islamic fundamental backward eastern values.

Jacobsen: Have you received death threats?

Anonymous Egyptian Author, Freethinker, and Translator: Yes, in the past I work on a bookshop in the street, the mate or co-worker with me tried to push me on a fast car because I said to him that to be praying or not is not is business. I got in the first year of my choosing of atheism many threats and harassment from all my family and relatives.

Jacobsen: How have the Egyptian authorities treated you?

I didn’t, fortunately, deal with them, I avoided that, I don’t like to deal with fundamental tyrant stupid people, but I must refer that I tried in the age of Hosni Mubarak to call the secular minister of culture “Farouk Hosni” by his own number, which I got from a famous journalist, the secretary was the one who answers.

I made the call from the public phone, in the next time when I used another public phone to arrange a meeting with high educated Egyptian genetic who was a professor in the college of agriculture and an activist in human rights field.

They tried to arrest us by gathering tens of security men in the metro station which we were intending to meet in it and the go out, I just by luck reached one hour earlier and saw them, one of them describe to another what I was dressing and the bag color which I was carrying! Fortunately, they didn’t suspect me because they were waiting for me after an hour later to come!

So you must be careful in a country like Egypt, and keep your head little down with the public, because you could end in prison like tens or hundreds of people, like Islam Al-Buhairy, Shareef Gaber, ala’a hamed author of ” distance in a man’s mind” novel, and all the others.

Jacobsen: Does your atheism impact family and professional life? If so, how?

Anonymous Egyptian Author, Freethinker, and Translator: Yeah, since 2011, when I chose to be a freethinker (an atheist) I got many troubles and persecutions, First I lost all relations with my family and relatives as an openly atheist and as an atheist writer and activist, I received threats by killing and by reporting the state security which is a fundamentally religious institution in Egypt.

I got homeless for days and searched for some mean job without getting my degree in those days (which I complete later) until now I have dead relations with all of my relatives, Egypt has one of the most fundamental extremist religious ignorant people.

I got fired from some jobs occasionally If I have not been careful enough to keep my ideas in discrete, for example, I got fired in 2009 from al-malky creamery and sweets and got insults and threats and they didn’t give me my due salary for expressing some of my lightest ideas with another worker out the hours and place of the shop!

In 2018 I got troubles and fired from Al-Teegy sons tannery as a warehouseman for the same reason: expressing my ideas with a friend out of the hours of work!

Between the two jobs I got troubles and fired from other jobs, a strange example when I was in a place to secure it, and the house of the security men, which is far, far away from the place of work, was stolen, the employer tried with stupidity to accuse although of the absence proof, just because he thought atheist means a person without morals and honor!

Actually I was learned very well not to talk in public to lay people, people without real culture, I should say I’m half-hiding and I don’t make any videos for the simple lay people to avoid danger like going to jail, stealing my money and things like my laptop by religious corrupted policemen, getting hit or even killed in the jail.

Jacobsen: What happened to your books? Did they get prevented from being published?

Anonymous Egyptian Author, Freethinker, and Translator: Some of my books, actually the majority of them, I wouldn’t dream to publish them openly in Egypt and the Arabian area! I called about my own books in criticism of Islam, (Also of Christianity, and Judaism).

The same applies to my translations of freethought Atheist books, I just tried to publish my translation of some scientific books about evolution and history of life, all the Arabian publishers I contacted with them refuse them because they are very clear and would get attention of the fundamentalists, some of the publishing houses owners refuse them because they are themselves fundamentalists, these books any peoples who want to get rid of primitive legends and terrorism would support their publishing.

Jacobsen: What were the books? What did you write on?

Anonymous Egyptian Author, Freethinker, and Translator: A Grave assigned for Islam, an encyclopedia of criticism.

Some of my books (which I added to the encyclopedia but were older than it) like “Origins of Islam Beliefs & Legends from New Testament Apocrypha and Heresies in Jesus, Anti Christ, Ascension of Mohammad, and Some Eschatology: Day of Judgment, Hell, and Paradise” and ” Origins of Islam legends and beliefs from Jewish Haggadah and Old Testament Apocrypha” were used by professor Dr. Sami Awad Aldeeb Abu-Sahlieh in his critical edition of Quran

I still have my tragedies as a freethinker and writer. My books are prevented from publishing, they reached to 57 books by me or translated by me! That sounds like the legendary Quranic Noah! 45 of them form an encyclopedia in criticism of Islam. I must say people and government do not care very much of academic writers, because most of the people do not read any books from principle.

So, I put them on some blog for educated people, But I have my human right to publish my books openly to get some good readers, make videos for lay ignorant people without going to prison or get killed. I need support by publishing or traveling to complete my other projects to translate many books on evolution and on Atheism and Secularism, and another project in criticism of 12 shia criticism, which I can’t do without a supporting press or foundation.

Jacobsen: What are some of the books that you have been translating?

I translated these books into our classic Arabic formal language:

Why Evolution is True, Jerry A. Coyne

The Greatest Show on Earth – The Evidence for Evolution, Richard Dawkins

Ancestors in Our Genome- The New Science of Human Evolution, Eugene E. Harris

Value and Virtue in a Godless Universe, Erik J. Wielenberg

What Are You Without God?: How to Discredit Religious Thought and Rebuild Your Identity, Christopher Krzeminski

I still want to translate many other books on topics of atheism, history of atheism or freethought, and on secular ethics, also other sex modern new books on the evolution of human and on his behavior and its origins in Apes family.

Jacobsen: Why did you select these books for translation?

Anonymous Egyptian Author, Freethinker, and Translator: I choose the books that the Egyptian and Arabian people of profitable culture wouldn’t translate them, so they don’t exist in the book markets.

I choose to adopt a project to enlighten some of the ignorant Arabian humans, whom the Islam and other religions clergymen with the governments from centuries cloud them with a dark cloud of ignorance and backward primitivism. This is a noble mission I picked up, not only me adopt it.

Jacobsen: How can external individuals with influence or organizations help dissenters and non-believers in Egypt?

Anonymous Egyptian Author, Freethinker, and Translator: Unfortunately, you would hear about 2 cases got famous in 300 cases, let’s say or guess.

The role of the western world, with it civil organizations and governments are to support every prisoner or persecuted person in this plagued area, by pressing on the governments to free the oppressed peoples, they may need also to offer refuge and support to some of them in their countries.

They are not that much in number, especially supporting and helping the real atheist freethinkers. With some time passing, they may make all the difference for the Middle East, as their counterparts mad before for the Western world.

Jacobsen: Thank you for the opportunity and your time, and stay safe.

Photo by Mariam Soliman on Unsplash

One thought on “Interview with an Anonymous Egyptian Author, Freethinker, and Translator”