Time magazine tells us what many of us already know:

The holiday, also known as the Feast of St. Patrick, commemorates a man considered a patron saint of Ireland and bringer of Christianity to the nation.

However, did you know that St Patrick’s Day is “a public holiday in the Canadian province of Newfoundland and Labrador on the nearest Monday to March 17 each year?” 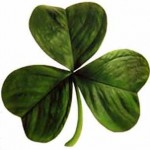 Shamrocks, along with green beer, are everywhere today.  That’s because

The shamrock was chosen Ireland’s national emblem because of the legend that St. Patrick had used it to illustrate the doctrine of the Trinity. The Trinity is the idea that God is really three-in-one: The Father, The Son and The Holy Spirit.

Patrick demonstrated the meaning of the Three-in-One by picking a shamrock from the grass growing at his feet and showing it to his listeners. He told them that just as the shamrock is one leaf with three parts, God is one entity with three Persons.

The Irish have considered shamrocks as good-luck symbols since earliest times, and today people of many other nationalities also believe they bring good luck. 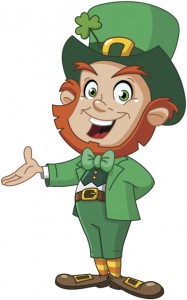 Another symbol of St. Patrick’s Day is the leprechaun, which reminds us of a statement by Richard Dawkins:

We cannot, of course, disprove God, just as we can’t disprove Thor, fairies, leprechauns and the Flying Spaghetti Monster.

Even more interesting is the suggestion that Patrick may have been an atheist!

One thought on “Saint Patrick’s Day”