The Angus Reid Institute has released an interesting survey about Canadian moral values.

It’s actually quite dense with information, so much so that it’s hard to know where to start or what to focus on. I’m certainly not going to cover everything in a single blog post. I encourage you to read ARI’s official release about it, and if you’re really interested in a particular question, ask about it.

One of the things they found was that Canadians can be grouped into four broad categories. I’ll let their infographic explain: 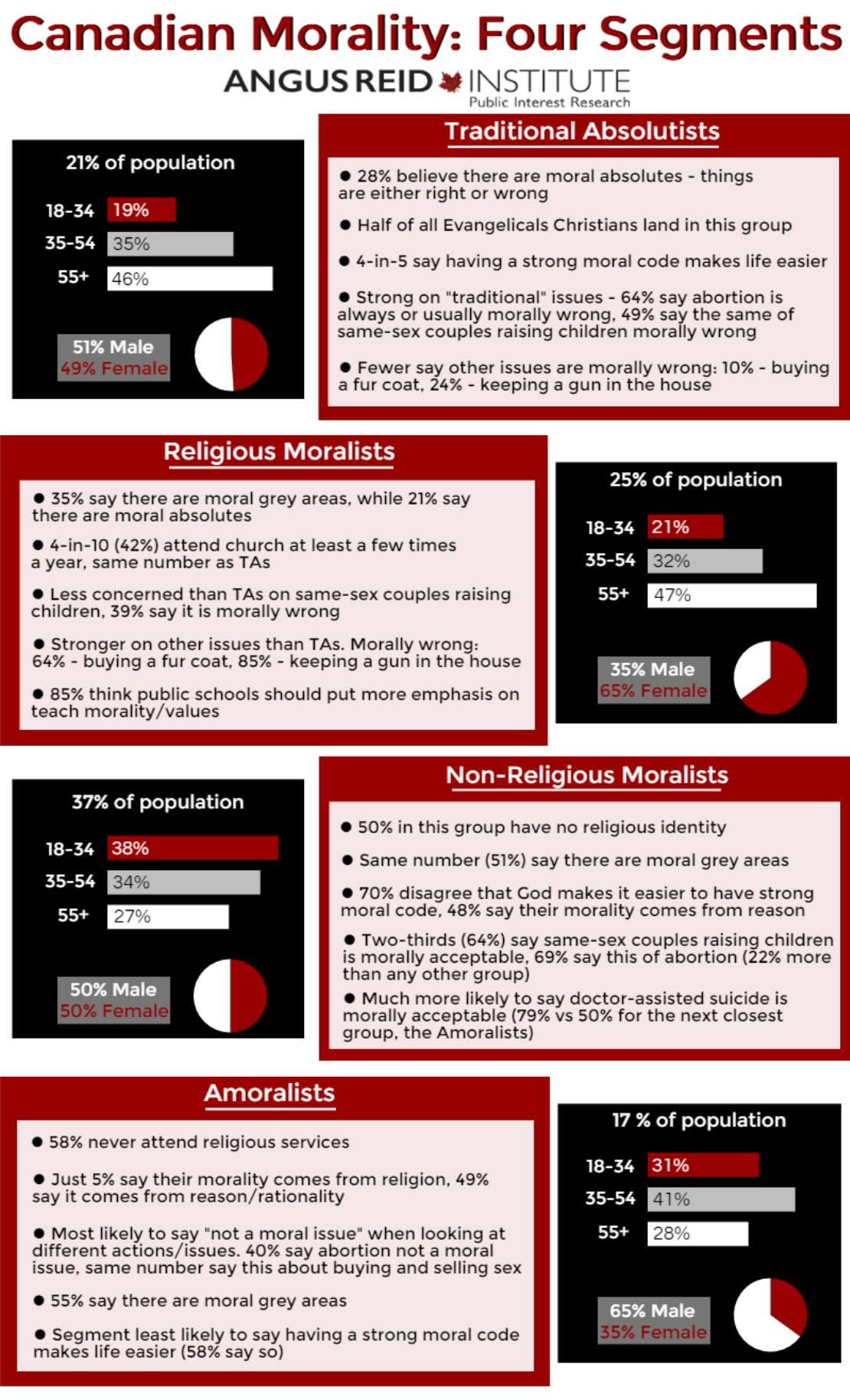 There were a couple results that raised my eyebrows. I knew Canadians generally support physician-assisted suicide, but I was surprised to see that it was the number 1 “morally acceptable” result. 22% said it was morally acceptable anytime (32% say “usually”). The only things that more people say are acceptable anytime were “eating meat” (24%) and – remarkably – “same-sex couples raising children” (27%!).

As an aside, the options that most people thought were morally wrong under any circumstances were “having an affair” (56%) and – again, remarkably – “not declaring income to avoid paying taxes” (50%). Someone at the Frasier Institute just shat themselves reading that last one.

Speaking of which, check out that result about “buying a gas-guzzling SUV”. 27% say it’s usually wrong and 12% say it’s always wrong, compared to only 6% saying it’s always right and 23% saying its usually right. (33% don’t think it’s a moral issue.)

The only depressing result for me as the amount of people feeling that our moral values are “weaker” today than they’ve been in the past. Less than half (47%), but that’s still a lot. Unsurprisingly, the majority of them are the religious bunch – non-religious people were more likely to say no change.

The bright spots? Well, first there’s the number of Nones in the survey. Nones were by far the biggest group at 37%. But if I have to name my favourite result, it’s this: 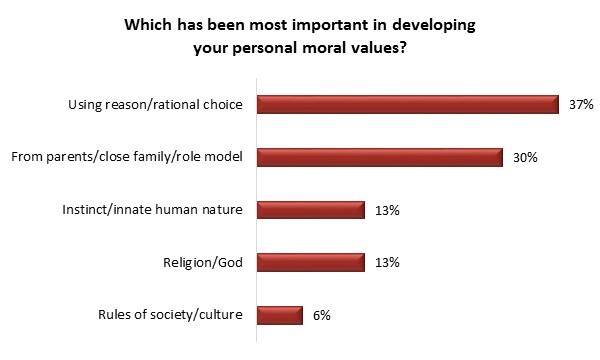