In both Part I and Part II of this very intermittent series, I argued that the terms “agnosticism” and “atheism” were best used to describe distinct and mutually exclusive, though vaguely delineated, positions regarding the existence of deities. An atheist would tick the “no” box when asked whether at least one god existed, whereas an agnostic would tick “don’t know”. However, thinking clearly about the boundary between those two viewpoints requires thinking clearly about the viewpoints themselves, so in what I expect will be the final two posts in the series – this one and the next one – I’ll focus on each of them in turn. I think it will work out better if I start with agnosticism. 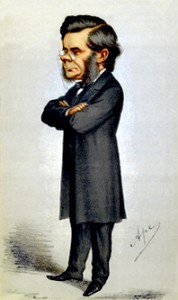 Unlike the word “atheist”, whose precise roots are lost in the mists of ancient Greek notions of impiety, the word “agnostic” has a reasonably well-documented origin: it was coined by Charles Darwin’s friend Thomas Huxley in 1869. Two decades later, he got around to explaining his reasons, in an essay called simply “Agnosticism”. The core of the explanation began with a statement about his general perspective:

When I reached intellectual maturity and began to ask myself whether I was an atheist, a theist, or a pantheist; a materialist or an idealist; Christian or a freethinker; I found that the more I learned and reflected, the less ready was the answer; until, at last, I came to the conclusion that I had neither art nor part with any of these denominations, except the last. The one thing in which most of these good people were agreed was the one thing in which I differed from them. They were quite sure they had attained a certain “gnosis,”–had, more or less successfully, solved the problem of existence; while I was quite sure I had not, and had a pretty strong conviction that the problem was insoluble.

Thinking in terms of “gnosis”, the Greek word for knowledge, must have led quite naturally to the next step:

This was my situation when I had the good fortune to find a place among the members of that remarkable confraternity of antagonists, long since deceased, but of green and pious memory, the Metaphysical Society. Every variety of philosophical and theological opinion was represented there, and expressed itself with entire openness; most of my colleagues were -ists of one sort or another; and, however kind and friendly they might be, I, the man without a rag of a label to cover himself with, could not fail to have some of the uneasy feelings which must have beset the historical fox when, after leaving the trap in which his tail remained, he presented himself to his normally elongated companions. So I took thought, and invented what I conceived to be the appropriate title of “agnostic.” It came into my head as suggestively antithetic to the “gnostic” of Church history, who professed to know so much about the very things of which I was ignorant; and I took the earliest opportunity of parading it at our Society, to show that I, too, had a tail, like the other foxes.

Huxley’s tail, however, was a protean one. He considered agnosticism to be an intellectual attitude, rather than a set of fixed beliefs:

Agnosticism, in fact, is not a creed, but a method, the essence of which lies in the rigorous application of a single principle. That principle is of great antiquity; it is as old as Socrates; as old as the writer who said, “Try all things, hold fast by that which is good” it is the foundation of the Reformation, which simply illustrated the axiom that every man should be able to give a reason for the faith that is in him; it is the great principle of Descartes; it is the fundamental axiom of modern science. Positively the principle may be expressed: In matters of the intellect, follow your reason as far as it will take you, without regard to any other consideration. And negatively: In matters of the intellect do not pretend that conclusions are certain which are not demonstrated or demonstrable. That I take to be the agnostic faith, which if a man keep whole and undefiled, he shall not be ashamed to look the universe in the face, whatever the future may have in store for him.

The results of the working out of the agnostic principle will vary according to individual knowledge and capacity, and according to the general condition of science. That which is unproven today may be proven by the help of new discoveries to-morrow. The only negative fixed points will be those negations which flow from the demonstrable limitation of our faculties. And the only obligation accepted is to have the mind always open to conviction. Agnostics who never fail in carrying out their principles are, I am afraid, as rare as other people of whom the same consistency can be truthfully predicated. But, if you were to meet with such a phœnix and to tell him that you had discovered that two and two make five, he would patiently ask you to state your reasons for that conviction, and express his readiness to agree with you if he found them satisfactory. The apostolic injunction to “suffer fools gladly” should be the rule of life of a true agnostic. I am deeply conscious how far I myself fall short of this ideal, but it is my personal conception of what agnostics ought to be.

The language of non-belief, of course, has evolved since Huxley’s day, a development Huxley himself probably would have welcomed at least in principle. His conception of general methodological “agnosticism” is very similar to what is now usually described as “skepticism”, and being an “agnostic” has come to mean professing uncertainty about the specific matter of whether gods exist. Such uncertainty can be divided into the “strong agnosticism” of believing that the question of the existence of gods is unanswerable in principle and the “weak agnosticism” of believing that an answer is presently unavailable but might eventually emerge. Huxley’s statement about being convinced “that the problem was insoluble” rather suggests strong agnosticism, whereas his optimistic assertion that new discoveries can reduce the domain of the unproven perhaps opens the door to weak agnosticism.

My own view is that strong agnosticism has already been falsified to a degree (and in the real world, falsification of complex ideas is rarely if ever an all-or-nothing affair) by scientific and philosophical progress over the last few millennia. London mayor Boris Johnson, who is a bit like an articulate and erudite version of our own Rob Ford, said in 2004 that his faith was “a bit like Magic FM in the Chilterns [“a chalk escarpment in South East England”, according to Wikipedia], in that the signal comes and goes”. That’s at least a weak agnostic position, if not a terribly reflective one, but I’ll bet Johnson would agree that our advancing knowledge of the universe has both constrained the kinds of deity that might plausibly exist and weakened the traditional justifications for believing in deities at all. We (as a species) know that Zeus and Hera aren’t hanging around at the top of Mt. Olympus, because we’ve been up there, and we know that any divine intervention in human affairs must be so subtle as to have escaped convincing documentation even in an age when some people can’t seem to eat breakfast without snapping a photo for social media. We also no longer need religious explanations for thunderstorms, comets, epileptic fits, and biodiversity, because science has provided much better ones. Even if your faith is currently like Magic FM in the Chilterns, rather than Magic FM at the top of K2, why try to set boundaries on how far that process of pushing the gods to the margins might eventually go? If we can push them at all, they have a presence in the realm of the knowable and testable, and we might as well keep pushing and see how far we can get. Embracing strong agnosticism amounts to giving up on that process before it has run its course.

Admittedly, there’s no objective answer to the question of how far we need to get before it makes sense to tick the atheist box rather than the agnostic one. Agnostics, in fact, are like bisexuals in that they face definitional boundary problems in both directions. If you’re mostly attracted to people of the opposite sex, but find yourself drawn to people of the same sex just occasionally and in highly specific ways, are you heterosexual or bisexual? If your faith comes through clearly once in a blue moon before fading again to meaningless static, should you really call yourself an atheist? Or are you a mere agnostic, like that notoriously squishy Richard Dawkins? 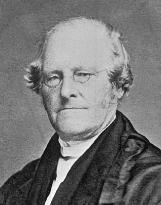 William Hincks of the University of Toronto

There’s no objectively correct answer to the question of where to draw the line between agnosticism and atheism, and ultimately it’s not that important. Labels are only what they are, handy heuristic descriptors, and if you can explain your views cogently then it doesn’t much matter which label you choose to hang on them. However, some labelling schemes are still more useful and practical than others, and in my opinion people who are pretty sure that no gods exist should grasp the nettle, bite the bullet, cross the Rubicon and just declare themselves to be atheists. Huxley was never prepared to take that step, but even Huxley didn’t know everything. However, I must hasten to point out that I mean no disrespect to the man by urging that we should all move beyond his cautious views. Huxley was a brilliant scientist and thinker, and it’s well-known that he was so outspoken and effective as an early advocate of evolutionary theory that he acquired the nickname of “Darwin’s bulldog”. Less well-known is that he applied for a job at the University of Toronto as a young man in the early 1850s, only to see the position go to a locally well-connected botanist and former Unitarian minister called William Hincks. Huxley did all right for himself, and so did the University of Toronto, but it’s a shame they passed one another like ships in the night.