Today, the Pew Research Center released a survey report that shows that many people around the world think that belief in God is necessary to be a moral person. Pew correlated this belief with age as well as levels of income and education: the younger you are, the less likely you are to believe that morality depends on belief in God. Moreover, people who live in poorer countries and have lower education levels, tended to conclude that belief in God is essential for morality.

The study is here and includes Pew’s methodology. Canada does pretty well at approximately 30% believing morality = God belief, but not as good as European countries like Britain and France. 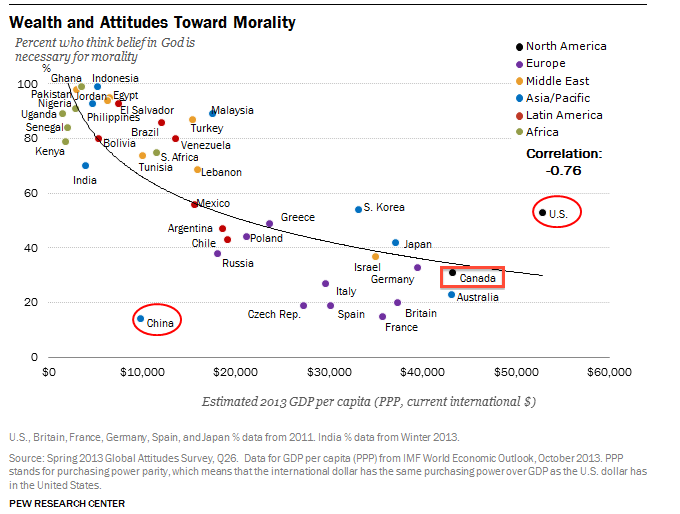 As mentioned above, the younger and more educated you are, the less likely you are to think that belief in God is required for morality. Canada’s results are highlighted below. Unsurprisingly, education and wealth seem to be the key to squashing belief in this silly idea that in order to be a good person, you need to be religious. Since the younger generations are already leading the shift in thinking, all we have to do now is eliminate poverty and guarantee a good secular education. Not too hard, right?

The Younger and More Educated You are, the Less You are Likely to Think Belief in God is Required for Morality