Ian Bushfield, M.Sc., is the Executive Director of the British Columbia Humanist Association (BCHA). The BCHA has been working to have humanist marriages on the same plane as other marriages in the province. Here we talk about it. 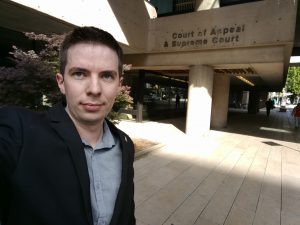 Scott Douglas Jacobsen: How did humanists not acquire legal equality for their marriages in British Columbia, Canada in the first place while others have the marriage equality?
Ian Bushfield: The Marriage Act in BC governs who gets to perform marriages. It delegates that responsibility to the head of Vital Statistics. When we applied in 2012 to be able to perform marriages, that person decided that our group didn’t qualify as a religion for the purposes of the Act.
We’re not so convinced by his reasoning though. He argued that we describe ourselves as “an alternative to religion” in one of our governing documents but just because a bicycle is “an alternative to a car” doesn’t mean it isn’t a valid way to get to work. He also says we have no dogma, but the same is true of many other religious groups that are registered, such as the Unitarians, many spiritualist churches, and a metaphysical ministry.
Jacobsen: Is this an inequality across the country, all provinces and territories?
Bushfield: As far as we’re aware, Ontario is the only province that allows Humanists to perform marriages. This is particularly frustrating as the Ontario Marriage Act is nearly identical to BC’s. It just happened to be that one bureaucrat there said yes while ours said no.
We know that the Quebec Humanists ran into the same stonewall as we did when they requested approval from their provincial government. They even failed to bring a human rights complaint against the government as their Human Rights Commission ruled that Humanism isn’t a religion for the purposes of human rights protections! This leaves atheists without human rights in Quebec.
Jacobsen: What makes a humanist marriage different than, say, a theologically-based marriage?
Bushfield: Simply put, it’s a lack of god in it. A Humanist marriage is based on a celebration of the people involved – the couple, their families and their friends. It’s entirely personalized around the values of the couple and seeks to celebrate that coming together. It’s more of a bottom-up commitment than one given approval from on high.
Jacobsen: As the executive director of the BC Humanists Association (BCHA), how effective has the petition for inclusion in the Vital Statistics of the province of BC been for the BCHA (BCHA, 2017a; BCHA, 2017b)?
Bushfield: Our petition, which currently has just over 500 signatures, has been invaluable in helping us raise public awareness of this issue. We’d hoped it would have a greater effect on the Government, which has continued to dismiss our concerns, but we’re just going to have to keep on building a movement as we take this campaign forward.
Jacobsen: Why did you decide to target the Health Minister and the provincial Vital Statistics?
Bushfield: Vital Statistics is the department in charge of who gets to perform marriages and they’re a branch of the Ministry of Health. After our rejection by Vital Statistics, it seemed clear to me that we weren’t likely to argue a different result from them. Instead of appealing to court (which is still an option), we hoped the new government might be willing to direct the Agency to open the door to our Association.
Jacobsen: What is the next step?
Bushfield: We still have a couple options moving forward. First, we’re going to keep trying to put pressure on the Ministry to allow us to be registered through an internal directive. There’s no definition for religion in the Act, so we contend that the Minister can simply direct Vital Statistics to adopt a broader definition of religion, in line with Ontario’s, for example. If that fails, we’ll look to start building a legal case in case we need to launch a constitutional challenge. And at the same time, we’ll start reaching out to MLAs to see if any might be willing to bring forward an amendment to the Act.
In any case, we’re going to continue to need supporters – both signatures on our petition and donors to help make all of this happen.
Jacobsen: Thank you for the opportunity and your time, Ian. 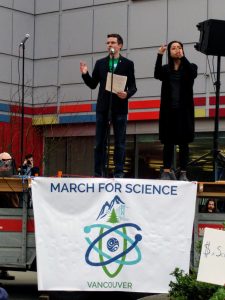