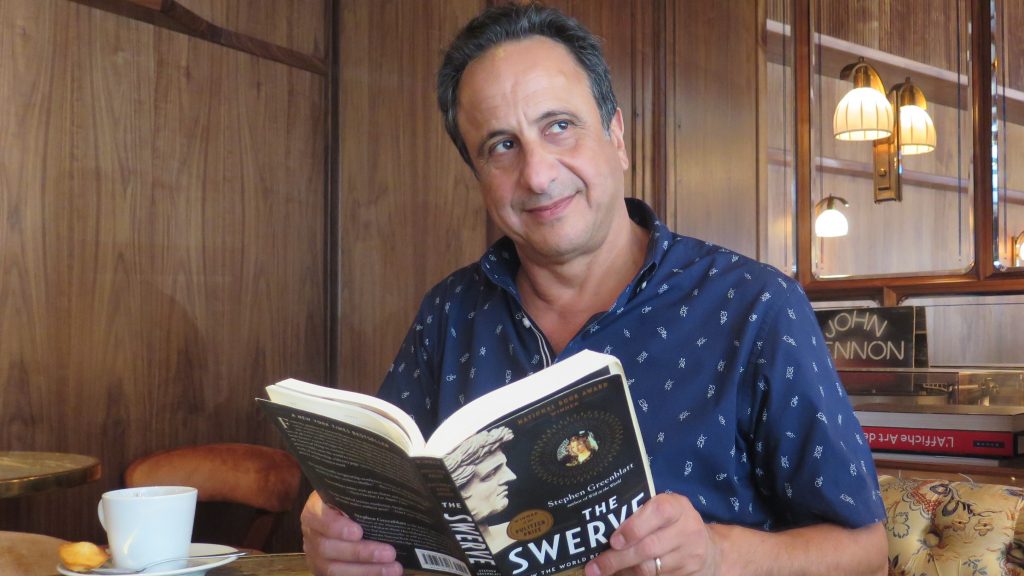 Anouar Majid has authored several books on Islam and the West, and has been on Bill Moyers Journal and Al Jazeera television. He is the Founding Director of the Center for Global Humanities.

Scott Douglas Jacobsen: Your work focuses on Americans and Muslims, the West and Islam, Muslims in the modern world, and so on. Why is this dialogue important in the public sphere now?

Anouar Majid: Anyone who is alive today and pays attention to the news must be aware that the question of Islam is the topic du jour. Samuel Huntington was not joking, nor was he wrong, when he talked about a clash of civilizations.

Maybe not civilizations, but definitely worldviews. Of course, underlying such clashes are other elements, not necessarily of a religious nature, such as lack of education, resentment of Western progress, etc.

Jacobsen: In one book, you asserted that we’re all Moors. Who were the Moors? Why claim this? What is the reasoning behind it?

Majid: The Moors are the Muslims who lived in Spain during the Middle Ages. (Spaniards today still use the term to describe Moroccans and Muslims.) They ruled most of Spain at one point, but the Catholics regrouped in northern Spain and started a process of reconquest that culminated in the surrender of the Kingdom of Granada in 1492.

One of the people who witnessed this event is Christopher Columbus. He was there to persuade the Spanish monarchs to sponsor his trip to India across the Atlantic. So, as you could see, defeating Islam in Spain and the discovery of America are two major events that are somewhat connected.  Interesting, isn’t it?

Jacobsen: With increasing secularism among the American population, especially the young, what place does religion have in the public sphere, civic life?

Majid: It is true that the “nones” (those without a religion) are one of the fastest growing demographics in America (if not the fastest), so traditional religion, embodied in church attendance and the like, seems to be on the wane. It’s interesting to watch how this development could affect the political landscape in the long term.

Jacobsen: What do you see as the major contributor to a disinclination of the younger generation towards religion? How does this impact American life in general?

Majid: The United States is the last Western bastion for traditional religious commitments. For the longest time, religious practice was woven into the fabric of American republican life in a sort of unique combination that is hard to find elsewhere.

For example, the Constitution is resolutely secular, in that it doesn’t privilege a religion over another, or even make religion necessary for holding office, including that of the presidency; but a strong strain of Judeo-Christian morality courses right below the surface of political life, giving tacit support to those who adhere to such values and excluding those who don’t.

In all the time I have spent in the United States (my adopted nation), only one politician—Jesse Ventura, a onetime governor of Minnesota– has declared publicly that he is an atheist. It would be interesting to see more people like him run for office.

Is America ready?  I wouldn’t bet on it.  Protestant morality, without piety, is very much alive in American society today and manifests itself in all sorts of behaviors and cultural practices.  But this is a discussion for another time!

Jacobsen: Of these trends, what ones can be extended into the culture of Canada as well, so extrapolation to North America in general?

Majid: I am not sure about Canada, but my suspicion is that the country has avoided the severe puritanical bonfires that cast a long shadow on American mores and outlook. Also, the Quebecois, with their French heritage, add a dimension to the country’s multicultural traditions that has no exact parallel in the United States.

Canada may very well be the only European-style nation in the Americas, so it wouldn’t surprise me if its attitudes toward religion in general hewed closer to those of Europe.

Jacobsen: Thank you for the opportunity and your time, Anouar.