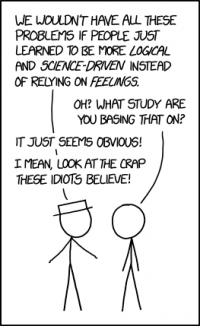 This is easily the sickest burn I’ve seen from xkcd in a long time. Well played, sir!