On Friday, Denmark’s Folketing – their Parliament – voted 75–27 to abolish Section 140 of their Penal Code: the blasphemy law.

With this action, Denmark has become the fifth country in Europe to abolish their blasphemy law since 2015.

The Danish blasphemy law has its roots going back to 1683. At that time, they were trying to codify existing law, but in the process they added stuff… including the blasphemy law. It was added in Book 6 of the Danish law, Chapter 1, Provisions 7 and 8, and it made blasphemy a capital offence. There’s no record of anyone actually being executed over it, though. 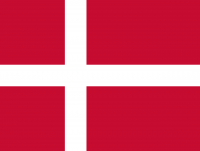 Den, der offentlig driver spot med eller forhåner noget her i landet lovligt bestående religionssamfunds troslærdomme eller gudsdyrkelse, straffes med bøde eller fængsel indtil 4 måneder.
[Indi’s translation:] Anyone who publicly mocks or insults the beliefs or practice of any lawfully existing religious community in this country shall be punished with fines or imprisonment for up to 4 months.

The last certainly successful application of the blasphemy law was in 1946. It was a conviction of a man for dressing up as a priest and performing a “baptism” of a doll at a masquerade party. Prior to 2017 (more on that in a moment), it was last used in 1971, in a case involving a pair of who broadcast a song on public radio mocking Christianity, about a woman’s right to refuse sexual advances from deities. Some sources I’ve read say they were convicted, others say they were acquitted.

Either way, the 1971 case seems to have inspired the earliest calls for its abolition. At the time it was noted that the law had only been used three times – and only twice successfully. But the proposal didn’t gain any traction in their Parliament, and was shelved and forgotten. It came up again in 2002, when a committee recommended reviewing various sections of the Criminal Code, including Section 140.

But no one really took the issue seriously until the 2004 murder of Theo van Gogh. For those who don’t remember, van Gogh was a Dutch filmmaker who – working with Ayaan Hirsi Ali – produced a film called Submission, which featured a nearly-naked woman with Quran verses on her beaten body. It was shown on Dutch public television, sparking an outcry. Van Gogh was murdered by an extremist, who left a death threat to Hirsi Ali pinned to the body with a knife.

That incident prompted some proposals to abolish the blasphemy law, but it never really went anywhere. Not until a couple years later, when the Danish newspaper Jyllands-Posten published a dozen cartoons of Muhammad.

The Jyllands-Posten Muhammad cartoons controversy began as a legitimate journalistic experiment to test whether Danish journalists felt pressured to self-censorship out of fear of offending Muslims. But at some point, the editors realized the experiment was silly and proved nothing (retrospective assessments suggest that the experiment actually proved Danish journalists don’t feel pressured to self-censor), so instead they turned it into an editorial piece, which they published on 30 September, 2005.

The result was… chaos. There were massive protests all across the world – particularly in Muslim countries – with multiple people killed. A number of the cartoonists involved were forced into hiding – famously, Kurt Westergaard was attacked in his home by an axe-wielding Muslim, and only survived by escaping into his panic room… while his 5 year-old granddaughter was left outside with the axe-man. A small French satirical magazine by the name of Charlie Hebdo caught the attention of Muslim extremists by republishing the cartoons in solidarity… and we all know what happened to them.

There was talk at the time of charging Jyllands-Posten under the blasphemy law, but none of the efforts went anywhere. Yet even all of this, while it certainly put the blasphemy law on notice, wasn’t quite enough to spark its repeal.

What finally did it was an incident earlier this year involving a man who burned a Quran and then posted it on Facebook. The man gave the video a title hinting that burning a Quran was similar to burning garbage or shit (“it stinks when it burns”), and posted it to a Facebook group devoted to hating on Islam. In response, for the first time since the 1970s case, Denmark’s blasphemy law was used to charge someone.

That finally provoked action. The recent flurry of blasphemy law news – featuring Stephen Fry and the Irish blasphemy law, and the conviction of Basuki Tjahaja Purnama (aka “Ahok”) in Indonesia for blasphemy in a fairly blatant political charge – probably helped. After only three months, the Danish Folketing got their shit together, and repealed Section 140. The charges against the Quran-burner will be dropped.

So congratulations to Denmark for taking this step out of the Dark Ages, and into the modern era!

What’s the takeaway for us Canucks, though?

Well, as I’ve noted several times, the best way to get a blasphemy law abolished is to try to use it. It’s shameful that our blasphemy law lingers because our prosecutors are too craven to use it when they technically should. People shouldn’t be able to ignore Canadian laws when they are embarrassing or inconvenient… or when they might reflect badly on your case victory statistics. When it comes to laws, the rule should be “use it or lose it”; if it’s never going to be used, it shouldn’t be on the books… but of course, if it’s never going to be used, politicians don’t feel any pressure to repeal it.

However, Justice Minister Jody Wilson-Raybould has promised a review of the blasphemy law, and the more countries that abolish it, the more pressure there is on Canada to step up.