Last Thursday, in a historic first, a speech was made before Parliament in Kanien’kéha, the Mohawk language. 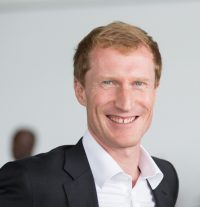 The speech was made to mark the start of National Aboriginal History Month. The speaker was Liberal MP for Ville-Marie—Le Sud-Ouest—Île-des-Sœurs in Québec, Marc Miller. Miller is not Mohawk, and has, in fact, only been learning the language via an online course since January. His speech was understandably basic stuff, but nevertheless history making. 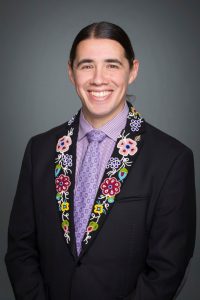 Miller’s speech was the first time Kanien’kéha was spoken in Parliament, but not the first time for any indigenous language. In fact, just last month, Liberal MP for Winnipeg Centre in Manitoba Robert-Falcon Ouellette gave a speech about missing and murdered indigenous women in ᓀᐦᐃᔭᐍᐏᐣ (nēhiyawēwin), or Plains Cree.

Cultural appropriation is a hot topic in Canada right now, following a couple of recent, high-profile incidents. In one case, a Toronto artist had her exhibition cancelled after complaints that her work was appropriating the work of the famous Anishnaabe artist Norval Morrisseau (although some commentators said it was not so much a case of cultural appropriation as much as it was simply plagiarism); she was later found to have made racist YouTube videos. In another case, the editor of a niche writing magazine wrote a piece – in an issue focused on indigenous writing – mocking the idea of cultural appropriation, which was then bizarrely championed by a number of major (white) voices in Canadian media, leading to massive fallout.

It’s fair to ask whether Miller’s use of Kanien’kéha could be considered cultural appropriation. (This is less of a concern for Ouellette’s case, not only because Ouellette himself has Cree roots, but also because Ouellette’s speech was about raising awareness for missing and murdered indigenous women.) Cultural appropriation happens when you take something from a minority culture, and use it for your own benefit, without regard for the source culture. “Without regard” refers both to not providing any benefit to the source culture for using their “stuff”, and to not caring about the context of the “stuff” you’re taking. For example, if I sampled the music from an indigenous ceremony and used it in my own music, I would both be profiting off the culture while providing nothing to them, and I would be ignoring the cultural context of the music I’d swiped (which may have religious significance, for example); that would be a cultural appropriation double-whammy.

The consensus seems to be that Miller’s use of Kanien’kéha was not cultural appropriation. The logic is that learning to speak the language, and using it, is of enormous benefit to the source culture. Kanien’kéha, like so many Canadian indigenous languages, is endangered. Several of the calls to action in the final report from the Truth and Reconciliation Commission on the residential school system dealt with concerns about language revitalization. Generally, everyone who learns an indigenous language is helping to save these languages from extinction.

Indeed, this seems to be a situation were all sides can benefit. Learning another language is always beneficial to the learner. It not only helps deepen your understanding of your own language(s), it opens up entirely new cultures. Hearing the stories of a culture in their own language is an entirely different experience from hearing them translated; often layers of nuance get lost in translation.

Recently I’ve started learning ᐃᓄᒃᑎᑐᑦ – Inuktitut, specifically the South Baffin dialect (ᕿᑭᖅᑖᓗᒃ ᓂᒋᐊᓂ). I was inspired to learn the language as part of the project I am working on to create a site with documents of importance to Canadian secularism, humanism, atheism, and freethought translated to all Canadian languages. I’ve already finished the Inuktitut version of the Canadian Charter of Rights and Freedoms (ᑲᓇᑕᒥᐅᓄᑦ ᓇᓗᓇᐃᒃᑯᑕᖅ ᐱᔪᖕᓇᕐᓂᕐᓄᑦ ᐃᓱᒪᖅᑦᑎᕐᑲᕐᓂᕐᒧᓪᓗ), and I’m working on the Universal Declaration of Human Rights (ᓯᓚᕐᔪᐊᕐᒥᐅᑦ ᓇᓗᓇᐃᖅᓯᐅᑎᖓ ᑭᓇᒃᑯᑐᐃᓐᓇᐃᑦ ᐱᔪᓐᓇᐅᑎᖏᑦ); both in Inuktitut written in Canadian syllabilics and Latin script, as well as Inuktitut Braille.

I’d like to encourage readers to take up learning a Canadian indigenous language, for a number of reasons:

I’d really be interested in hearing if there are any downsides to learning an indigenous language. I certainly can’t see any. It helps indigenous Canadians, it’s good for you, and you can help share secular, humanist, atheist, and freethought ideas and philosophy with indigenous communities. Don’t discount the last point either; you’d be surprised how overlooked indigenous communities are. Inuktitut is the second most popular indigenous language in Canada, and the Bible is the most translated text, yet the Bible was only finally translated to Inuktitut in 2012.

I’m not suggesting you strive for conversational fluency. Merely being able to read the language (using its own orthography) would be a huge step. If you learn some key phrases, they might even come in handy in practice, should you ever happen to travel to an area where the language is dominant.

4 thoughts on “Let’s all learn an indigenous language”