The creator of the comic The Atheist Pig: A Hammy Critic of Religion explains,

After reading through the comics you might determine that Winston (our titular star) is a bit of an asshole, which is true. In fact, he’s a goddamned atheist pig. And the reason he’s an atheist pig is so you don’t have to be.

Most non-believers have people in their lives who are to some degree, religious. And while we may want to say to them how ridiculous we think their beliefs/actions are, we don’t because they’re family members, co-works and because we have this thing called society in which we generally don’t want to be dicks to our fellow humans.

That’s where Winston comes in. He’s the asshole so you don’t have to be.

Here’s the latest from Winston 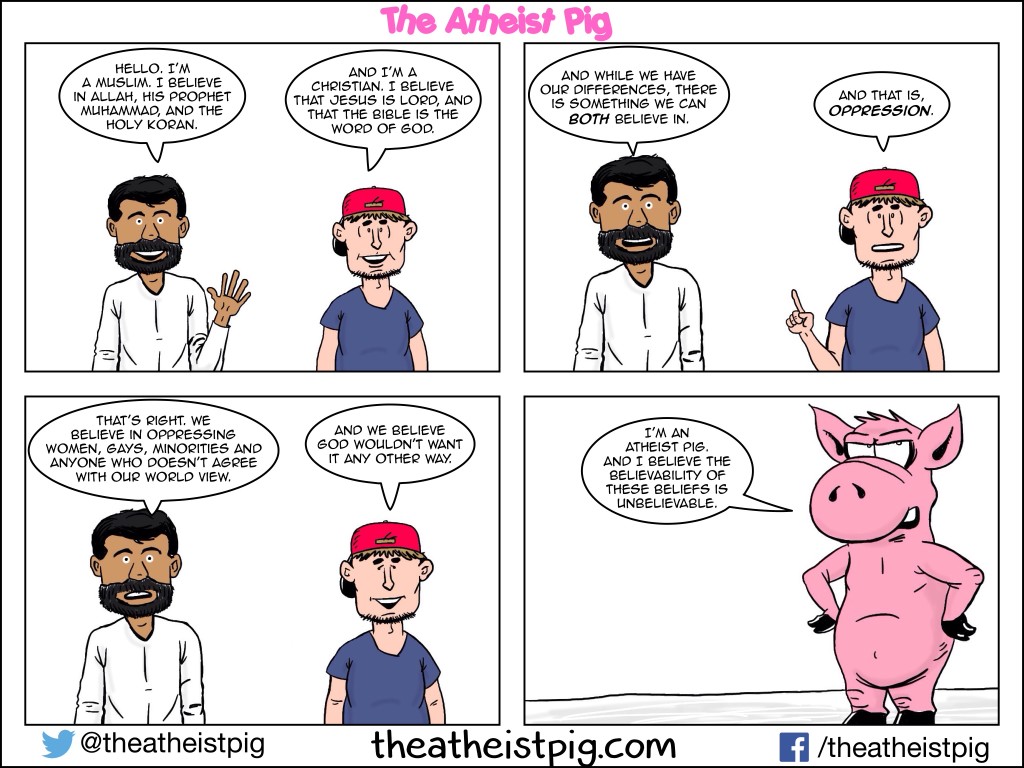 3 thoughts on “Introducing The Atheist Pig ”