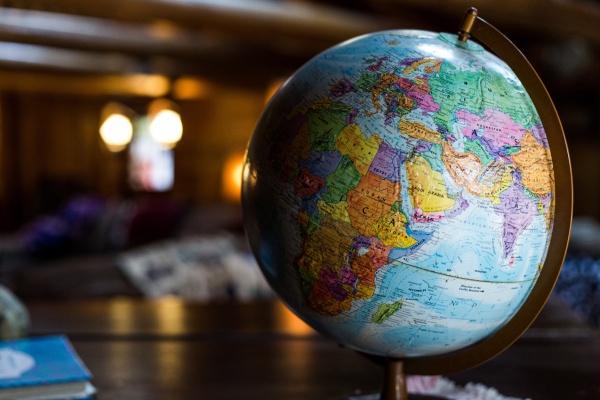 When facts fail, go to plan B, which always tinged plan A, anyway: fear, Prime Minister Justin Trudeau made a call out, recently (Wright, 2018).

It was directed towards the conservatives. In particular, the use of populism in the sense of negative nationalism or faux patriotism. The issue on the floor was immigration with Trudeau declaring the immigration issue enforced as a political issue, which could put the future of Canadian society at risk.

Trudeau in an interview spoke to a broad consensus within Canadian society about the good of immigration for the nation in spite of other countries beginning to question immigration more.

“The decision that the Conservatives have taken recently to, for example, go after the global compact on migration in a way that is deliberately and knowingly spreading falsehoods for short-term political gain and to drum up anxiety around immigration is irresponsible,” Trudeau stated, “is not the way we should be moving forward in a thoughtful way on one of the big issues that is facing our country” (Ibid.).

The fulcrum here is “deliberately and knowingly spreading falsehoods” (Ibid.). This reflects the constant reiteration of falsehoods becoming the part of political platforms to pose as if consistent-with-the-facts and, therefore, legitimate as part of normal discourse.

This seems like a trend, whether with the broad consensus on climate change and the misrepresentation of the facts and, thus, skewing the timeline of the needed solutions or the legitimate ways in which to solve the problem or attenuate global warming to some degree.

Another is in the appropriate and modernized sexual education curriculum in the current context of the less bounded and more scientific discussion on sexual orientation and gender identity.

Trudeau continued to opine, “But the fearmongering, and the misinformation that is being deliberately and knowingly put out by the Conservative party right now, is very dangerous to something that has been an extraordinary advantage and benefit for Canada for generations” (Ibid.).

The Press Secretary for the Conservative Party of Canada Leader, Brock Harrison, about Trudeau, stated, “He resorts to personal attacks and phoney arguments whenever he’s criticized for it… Conservatives will continue to hold him to account over the lengthy delays in processing and billions in added costs caused by his failure to secure the border” (Ibid.).

Within the United Nations becoming a signatory remains important, it means the individual Member States, ideally, would take internal national resolve to work on the solutions and implementation of them, regardless of the political or international climate of inaction.

164 Member States of the United Nations became signatories to the UN Global Compact for Safe, Orderly and Regular Migration (2018). This sounds almost conservative in its safe, orderly, and regular orientation on migration.

The compact is seen as the first large-scale agreement for international migration in all its facets and nuances (Wright, 2018). Indeed, its principles sit with the Charter of the United Nations (Global Compact on Migration, 2018).

Also, in affirmation of the rights of every human being inherent in the principles and values of the United Nations, it stated, “Refugees and migrants are entitled to the same universal human rights and fundamental freedoms, which must be respected, protected and fulfilled at all times” (Global Compact on Migration, 2018).

The concern in the rise of the aforementioned negative nationalism or populism, or those on whom their political base may find ideological comfort, could rest with the question of national sovereignty of the nation-state of Canada as a Member State of the United Nations. That’s a fair question.

However, if examination into some of the text, we can note one part with the label “National sovereignty,” which states, “The Global Compact reaffirms the sovereign right of States to determine their national migration policy and their prerogative to govern migration within their jurisdiction, in conformity with international law” (Ibid.).

A reaffirmation of the sovereign right of States is retained in the document. Ultra-conservative groups in some of Eastern Europe have utilized fear of migrants to fan some public concern for political economic value (Wright, 2018).

But the stated objectives of the document stipulate, in Objective 2, to “Minimize the adverse drivers and structural factors that compel people to leave their country of origin,” and, in Objective 4, to also “Ensure that all migrants have proof of legal identity and adequate documentation,” as well as, in Objective 11, to “Manage borders in an integrated, secure and coordinated manner,” in addition to Objective 12 stating the need to “Strengthen certainty and predictability in migration procedures for appropriate screening, assessment and referral” (Global Compact on Migration, 2018).

By the implication of its potential robust implementation, this would reduce the number of people compelled to be forced to leave their home countries, their communities, and, even potentially, families while having proof of identity and done while managing borders properly with reasonable screening, assessment, and referral for them (Ibid.).

As a part of the document, and to the accusation of Trudeau about “fearmongering” and “deliberately and knowingly spreading falsehoods” of the conservative leadership, Objective 17 of the Global Compact for Safe, Orderly and Regular Migration stipulates, “Eliminate all forms of discrimination and promote evidence-based public discourse to shape perceptions of migration” (Wright, 2018; Global Compact on Migration, 2018).

As succinctly stated by Wright (2018), “Scheer came out strongly against the compact on the grounds that it would give foreign entities influence over Canada’s immigration system, claims that have been rejected by many immigration-law experts.”

Wright continued to note the conservative “hammering” against the liberals over asylum seekers, where this reflected conflict with Ontario Premier Doug Ford and Quebec Premier Francois Legault who each want “$200 million or more” from Ottawa to cover the costs of the two provinces (Ibid.).

More than 38,000 “irregular migrants” arrived in Canada since 2017 (Ibid.). Asylum seekers, according to an Angus Reid Institute poll, could be a problem for the liberals. These issues resonate when conservatives raise the issue, based on an assessment of Shachi Kurl, Executive Director of the Angus Reid Institute.

Wright (2018) stated that Trudeau wants to address the fears of the public, which he would probably argue, as per the call out, is being stoked by the conservatives in spite of the explicit contents of the Global Compact for Safe, Orderly and Regular Migration.

His aim is to meet the public’s concerns while orienting to what Canada has signed on to, as an international obligation. Trudeau pointed to Eastern Europe and America as blights in the international conversation regarding anti-immigration political rhetoric.

Besides, the entire conversation seems amusing – and tragic, and to some extent arrogant – on some level, given the unprecedented, massive, and non-peaceful immigration that took place at the founding of the nation.

Photo by Kyle Glenn on Unsplash