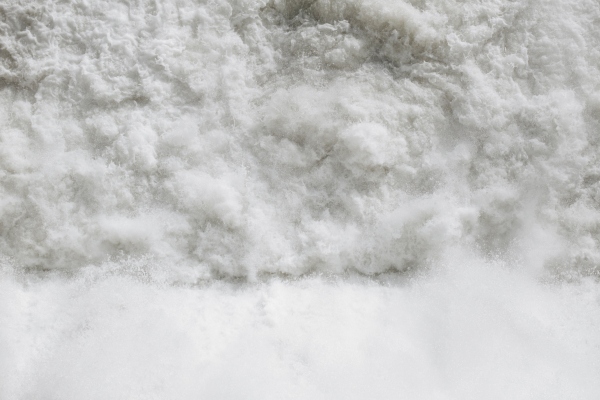 [Ed. I made some errors in interpretation. Indi kindly corrected them. Please see the comment at the bottom for the corrections.]

According to Robert Whitley in Psychology Today, he noted wonderful pre-holidays research findings. Namely, the ways in which the Nones may have better or similar mental health than their more traditionally faithful counterparts (Callooh! Callay!).

He remarked on the common practices of the religious within the reportage on various religious activities of the faithful, including prayer, religious observances, and other faith-based services. Whitley used this as a transition point for commentary on the growing body of professional research on the religious, the non-religious, and their respective relationship with mental health.

Of course, the Nones remain a multiform group with some commonalities within the void in the belief in some supernatural entities while, and as one may expect, come with a concomitant variety of labels for them as well, as we are all familiar: agnostic, atheist, non-affiliated, humanist, freethinker, bright, and so on.

But interestingly, according to the Pew Research surveys, the Nones continue to increase in numbers within the advanced industrial economies, especially stark is the change in the United States of America and in the young of North America.

The young simply do not accept the traditional mythologies handed via Christianity, Islam, Judaism, Sikhism, or otherwise. These remain either liberalized in interpretation, loosely and inconsistently held beliefs, and only a scattered relation to the real practices.

As one Ukrainian Orthodox Christian colleague one time told me, “We practice what is sometimes called Eastermas. We only attend church on Christmas and, maybe, Easter.” This reflects the experiences of tens of thousands of self-identified young Christians within Canadian society.

Within the increase of the Nones, we find the growth in the atheist subcategorization within them. Some, according to Whitley, attributable to some of the New Atheist movement. However, this also remains a seemingly small movement or popularization segmented in the larger timelines, mostly, within the 2000s – and, perhaps, the early 2010s as well (only an opinion, though).

Now, the mental health of the religious and the non-religious may be debated at several levels. However, there seems too little room to devote to a textbook chapter. Rather, keeping within some co-reportage of Whitley, he argues for the social support angle on the mental health protection of religion.

The argument, not assuming the premises of the supernatural interventionism of the faithful, is such that the social support an individual believer, or set of believers, may feel within community, in congregations, and through extended associative activities including prayer groups, purported holy text study groups, and sharing of religious observances in community, not to mention the widespread cultural incorporation of them with the dominance of particular faiths.

Whitley also states, “…a sense of purpose and meaning offered by religions, and moral codes commanding certain behaviors (e.g. abstinence) within religions. These are discussed in the short video below with Dr. Eric Jarvis, a leading authority on religion, atheism and mental health,” as a source of additional social support.

The question: what are the impacts of religious belief followed by adherence to social support-oriented practices?

Whitley directs attention to the ways in which religiosity, in prior research, has found a positive correlation between religious belief and better mental health than the Nones.

He said, “lower rates of depression, anxiety, suicide, self-harm, and substance use among the religious.” At the same time, he gives a caveat. Most of the studies “collapse” – his word – the substantial number of non-religious identifications into one rubric with the title “Nones.’

Now, the more recent research, which will as always require further follow-up, plumbed the depths of the Nones more with sub-categorization research. For example, we can see the dichotomy in mental wellness between 1), something like, convinced religious believers and 2) convinced atheists.

Those with certainty appear to harbour similar levels of mental wellness. Those with the weaker, tenuous, and middling probabilistic beliefs have worse mental health than those with the certainty in the veracity of their personal religious or non-religious beliefs.

“For example, a just-published study by Dr. Joseph Baker at East Tennessee State University indicates that atheists have the best mental health among the ‘nones,’ similar to that of the highly-religious. In contrast, ‘non-affiliated theists’ had the poorest mental health,” Whitley explained, “These findings overlap with a classic British study which found that the ‘spiritual but not religious’ had higher levels of drug dependency, abnormal eating, generalized anxiety disorder, neurotic disorders and use of psychotropic medication, in comparison with both ‘religious people’ and people who were ‘neither religious nor spiritual.’”

In short, the ways in which one’s epistemology permits cognitive closure on the ontological nature of divinities creates the basis for better mental health or, perhaps, firmer mental wellness.

I recall similar research representative of this finding as well, in which certainty in theology or atheology – convinced theism or convinced atheism, presumably –  improved one’s comfort with death: either consolation in some form of hereafter past cessation of mental-bodily functions or a life lived in accordance with the assertion of absolute finality, respectively.

Whitley concluded, “All this implies a need for further research examining the psychosocial and mental health differences between the different categories of the ‘nones.’ A ‘splitting’ rather than ‘lumping’ approach is necessary to enrich the scientific literature and avoid false conclusions.”

Whitley, R. (2018, December 4). The Mental Health of Atheists and the ‘Nones’. Retrieved from https://www.psychologytoday.com/ca/blog/talking-about-men/201812/the-mental-health-atheists-and-the-nones.

Photo by Samuel Zeller on Unsplash