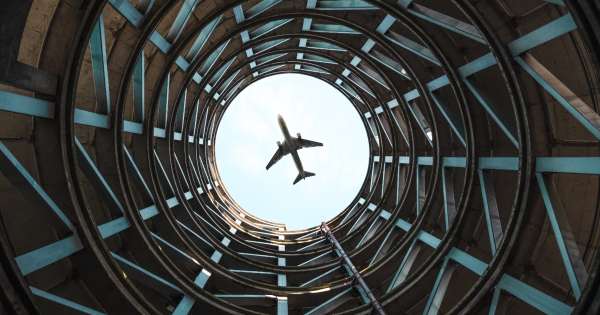 Note from Zilan: First of All: I would like to thank you, Mr. Douglas for giving me the opportunity, that’s so kind of you and I really appreciate it.

Scott Douglas Jacobsen: When it comes to the nature of religion, what seems like the core of it?

Zilan: According to what I have experienced here in Southern Algeria, I think that the core of religion is represented to the tribal bonds; it is the primitive system that gives the right to its entire members to determine.

Your personal lifestyle interferes with your decisions, and if you try to refuse their interventions, or even objecting it, that means you refuse the judgments of “ALLAH”, which makes you a pariah of the tribe, and threatened by everyone.

Jacobsen: What was family and personal background, e.g., geography, culture, language, and religion or lack thereof?

Zilan: I am from a fundamentalist Islamic family, living in southern Algeria. The environment here is similar to the environment of the Arabian Peninsula, where the Prophet “Muhammad” grew up.

A desert; where most of his teachings apply, especially the teachings that concerning to the women. The majority here can speak Classical Arabic; they spend the first years of their lives in very rigorous “Quranic” schools, and that’s what I’ve experienced like any girl who lives here; I was forced to wear the “hijab” when I was ten years old, and before I study anything, they teach me the “Quran” without any understanding,  I got a modest education, and I didn’t finish my university study because my brother had a lower look for the girls who studying in remote areas, and he believes that only men have the right to study there.

Jacobsen: How did leaving the religion work for you? How did you finally come to the realization of being an atheist?

Zilan: At first I didn’t imagine I would abandon Islam, or even convert to another religion, Because of the indoctrination that similar to brainwashing; despite the physical abuse, when I refused to pray, and the imposition of the legitimate Islamic dress; Islamic religion for me was surrounded with an aura of holiness. I considered the Islamic religion as the ideal system to live, and my freedom is the price that I pay to buy a place in “JANNAH” or paradise.

Dealing with “Allah” was subjected to the rules of buying and selling. Until the appearance of “ISIS”, I didn’t notice the humanity of this god that is influenced by Muhammad’s commercial life. I was 17 years old when I finished my high school studies. I was able to use the internet. I saw what happened with the “Yazidis” girls in Iraq.

I spoke with some of them and this was the first shock, which made me wondered; is it normal for a human to assault others people in this way, only because God placed them in another family who didn’t share the same faith with him.

After that, I began to read “Quranic” interpretations in an academic way, for the first time I discovered the horrible things that it contains.  Then I just renounced the Islamic religion If you take the context of women who are trying to flee religion, what are the difficulties for them compared to men? Are things harder for them? How so? Then I became non-religious.

Jacobsen: If you take the context of women who are trying to flee religion, what are the difficulties for them compared to men? Are things harder for them? How so?

Zilan: Leaving religions is hard, for women in general, and Muslim women in particular, or at least we can say that men can leave their religion more easily than women in my country. Because the woman’s personal choices, her life and even her dress are all things that are governed by laws initiated by religion, and there is no way to gain her independence in this case, except to leave her society and try to escape to a society that respects her and treats her as a human being. Because the community here is considered a woman who tries to get her freedom as a whore or criminal which lead her to negative and very serious consequences that can even reach physical abuse.

Jacobsen: Why do religions seem to have an obsession with the reproductive lives of women and the control of women?

Zilan: Previously when I talk about my religious and ethnic background, I mentioned that Islamic religious teachings are applied to women more than men in my community.

In every Friday sermon, you can hear direct incitement to Violence Against Women on the mosque’s loudspeakers, and everyone hears it without any objection, when we look at the nature around us we can easily figure out that the male is always trying to seduce the female to pass his genes through her. I can see that all religions are an attempt at a coup against this nature, so that the word of man is the highest word, and rejection of attempts to reproduce is the rejection of the will of God.

Humans managed to escape the forest life using their minds. And then they managed to change the balance of reproduction using religions. Men no longer need to tempt anyone or try to be accepted by women. Women’s salvation has become represented by the strength of their beliefs.

Jacobsen: How can women fight back against religious fundamentalism including thorough knowledge of their human rights as women as well as becoming economically independent?

Zilan: Currently writing, blogging and talking in the social media about freedom of choice and coexistence with all groups of society is a stand in the face of fundamentalism especially the voice of women they consider their appearance a shame and disgrace.

The fundamentalist prefers relations of belief over the relations of blood and friendships they do not care if you are the closest person to them they can harm you, what matters is that you share their beliefs. It called the loyalty doctrine.

That’s why I do not advocate showing identity I prefer to use the same methods that they use in secular countries, which is owning power then pressuring to change laws; women must hold on to study and work to produces a financial income.

Once they have an income, they will be able to raise their voices and impose changes in the society. Financial independence creates a space for women to form bonds and friendships with other women have a deep knowledge of their rights and role as a woman who rejects religious extremism.

Jacobsen: What are the ways in which secular women can organize to secularize communities and build coalitions for having women as equals, even in highly religious societies?

Zilan: The simplest way is to lead them to secularization without mentioning it. Because its concept has been distorted in fundamentalist societies we can do this by asking simple questions in women’s groups to make them think more about their reality and throw those thoughts in a spontaneous way, e.g., discussing the injustice of society, for example, the beatings, insults of their husbands and families also the polygamy.

They will agree. But once they hear words such as freedom, feminism, secularism and equality, they repel in cooperation with humanitarian organizations. We should work to correct these concepts. Then it will be easy to create receptive groups of secular thought.

Zilan: Thank you again for this interesting interview.

Photo by Markus Lompa on Unsplash