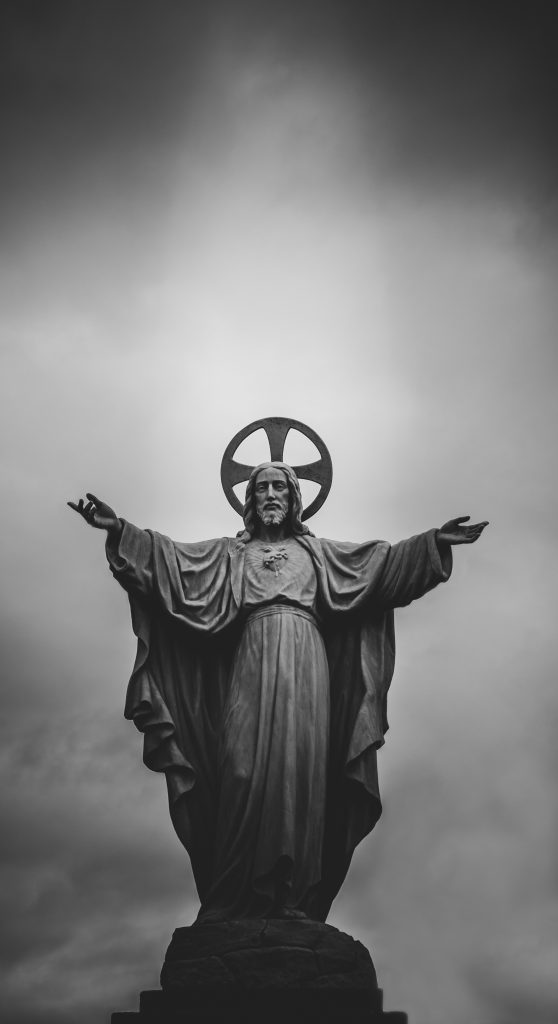 The West Coast Christian Accord got founded, recently. According to the information provided by the WCCA website, the purpose is to bring together leaders and church communities under one literalist Bible-inspired ideological banner on gender identity and human sexuality.

The WCCA has a specific audience, too, as explained, “The target of the Accord is first and foremost traditional, biblical based, evangelical leaders and churches” (2018).

The meaning of “Evangelical Christian” becomes a problem for some believers now. Not according to an outside source, but to the internal leadership and community; hence, the reason for the WCCA. They’re, potentially, fragmenting.

Bearing in mind, of course, the supermajority religious slice of Canada remains Christian at 67.3% (StatsCan, 2016). Granted, “Christian” does not mean “Evangelical Christian” in full.

However, the vast historical conceptual waters of the Christian colonial power are Christian ideas, symbols, beliefs, rituals, architecture, art, authority and hierarchy, implicit sensibilities and mores, and notions of morality seeping several facets of the nation. The WCCA seems as if a story of the oppressed most, the beleaguered majority, the downtrodden almost all.

To be an Evangelical Christian in Canada, in general, and with only a modicum of historical knowledge or updated statistical information of the demographics, the waters seem like smooth sailing compared to other subpopulations.

For individual Evangelical Christians who disagree with the document and its contents, these are the religious leaders who affirmed the full WCCA value set through becoming signatories of the WCCA.

That is to imply, other churches exist with other leaders with different values more applicable to personal tastes and preferences for you. Those values and preferences in contradistinction to the interpretations of the Bible of the signatories.

To those within the nonbelieving community with an interest in its contents, the values and preferences of the WCCA, when read, seem to show the general assumptions about this sector of the Evangelical Christian community, which remains observable here. No sincere surprises there.

The WCCA appears to reflect a reaction to two things, as identified by them in fact. One comes from the loss of dominance in the local culture, as other cultures request and acquire representation, as per the statement about the change in “long-held, traditional beliefs, convictions, and lifestyles” (West Coast Christian Accord, 2018).

Two emerges from the reaction or cultural opposition to SOGI 1 2 3, related but sufficiently distinct from the first concern. Perhaps, the “two” can be considered a derivative or subset of “one.”

A CBN News clip exists here on the webpage. If you watch it, the first opposition, against SOGI 1 2 3, comes from Laura-Lynn Tyler Thompson, who is a motivational speaker. She, in a moderately concerned and exasperated tone, asks, “Who decided that this was okay to teach our children?” (Ibid.).

Another woman named Kari Simpson, Executive Director of Culture Guard, opined, “All those beautiful qualities that make young girls beautiful girls and women are being, basically, vilified. The things that make our boys, boys, are being, you know, taken from them. So, things of equating young men to being strong protectors is something that is now evil” (Ibid.). Simpson argues the curriculum is child abuse.

Simpson disagreed. That is, it is a “hedonistic cult” being implied, where there are no boundaries and then shifting the culture from the heteronormative (Ibid.). Oger affirmed human rights.

Oger explained, “Well, actually, in Canada, parents’ rights are limited. And children’s rights are put ahead. So, the child has a right to be protected from the parents, when the parents behave badly.”

Pastor Cavanaugh (mentioned earlier) opined, “This is very scary stuff… Our problem is not the teachers, the educators, the administrators. This is a battle in the heavenlies.”

He thinks Satan or the Devil is attacking the children. Religion becomes spiritual in theory within the view of Cavanaugh, but the actual implications in the real world are political and educational. This form of religion: spiritual to the inside; political to the outside.

Near the end of the clip, and indicative of the WCCA and other moves in Canada from Evangelical Christians – some – and other sects of Christianity, Thompson firmly stated, “And the church is beginning to prepare for what it takes to fight for our kids.”

Keeping the biased tone of faux terror of the reportage, the issue was wrapped up with the frame of a battle between “an aggressive homosexual agenda and the faith community…” (Ibid.).

The WCCA seems to exist within this orientation as well: a purported “scary” battle of the “heavenlies” with the good, represented by God and some of the righteous Evangelical Christian “faith community” firmly adhering to the “traditional, biblical based” worldview, versus evil, represented by Satan working to war against the kids with the “aggressive homosexual agenda,” SOGI 1 2 3, a “hedonistic cult,” and a changing Canadian culture.

Photo by Arturo Rey on Unsplash

2 thoughts on “West Coast Christian Accord”