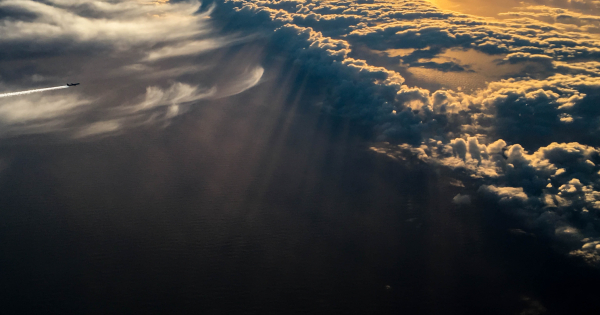 “This week we are devoting the entire episode of Quirks & Quarks to the science of cannabis. Surprisingly, there are many unanswered questions about the effects of cannabis on the brain, largely because it’s been difficult for scientists to study an illegal drug. But with the end of pot prohibition, Canadian researchers will be free to do in-depth research using quality-controlled products and volunteer human subjects.

The marijuana plant has been cultivated for thousands of years and contains at least 115 active ingredients. That makes it a remarkably complicated drug compared to other psychoactive substances that may only contain one or two.

These active ingredients — a family of molecules called cannabinoids, are signalling molecules. They attach themselves to receptors found throughout the brain and body, producing a multitude of effects, from feeling high to managing pain.”

“OTTAWA, Oct. 9, 2018 /CNW/ – In the face of global economic challenges, the Government of Canada is continuing to make investments in projects to help innovative companies grow, including start-ups, to create well-paying middle-class jobs and to ensure Canada punches above its weight in a competitive global market.

Today, the Honourable Navdeep Bains, Minister of Innovation, Science and Economic Development, announced an investment of $25 million in the Creative Destruction Lab (CDL), a non-profit organization based at the University of Toronto that merges science-based projects with business expertise to help young companies scale up into creators of new jobs, processes and services.

Thanks to this investment, CDL will create and maintain 125 jobs, attract more investments in Canadian businesses, and see more intellectual property developed and retained in Canada. CDL’s project will also involve more than 1,300 science-based ventures in a wider network across Canada over four years, and it is estimated that these ventures could create up to 22,000 new jobs.”

“A new exhibit by the Canada Science and Technology Museum, in partnership with the Canadian government’s national cryptology agency, is all about demystifying the secretive world of encryption and cybersecurity.

Cipher-Decipher is currently being shown at Library and Archives Canada, before moving to the museum in November and then on to Kingston, Ont.

According to Molly McCullough, who helped create the exhibition, it not only explores the past and present of communications cryptology, but does so with a high degree of interactivity.”

“WINDSOR, ON, Oct. 9, 2018 /CNW/ – Science is about discovery. When researchers are given the tools to push the boundaries of knowledge, great things happen. These discoveries lead to the innovations that will grow the economy and help ensure Canada has a workforce capable of taking on the challenges of today and tomorrow.

Today, the Honourable Kirsty Duncan, Minister of Science and Sport, announced more than $558 million in discovery research funding, as part of the Government of Canada’s plan to attract global talent, promote diversity, and provide nearly 4,300 researchers and students with the means to pursue world-leading discovery work.

This is the largest investment in research from the Natural Sciences and Engineering Research Council of Canada(NSERC) this year and it includes $70 million in new funding announced in Budget 2018. With this investment, the Government of Canada is delivering on Budget 2018’s historic commitment to science by giving more support to researchers and students.”

“In the past few years, we have witnessed what might otherwise have been very minor bureaucratic decisions by federal and provincial governments be elevated into newspaper headlines.

The fault lines of this debate have taken shape at the federal level. The Conservative government of Stephen Harper lost power under a cloud of “muzzling scientists” who worked in the federal government and a general disregard for science advice, which was relegated to an uncertain status under the industry ministry. The Trudeau Liberals campaigned on and embraced a pro-science stance since day one in office, promising to revert the muzzling of government scientists (still a work in progress), appointing a PhD scientist, Kirsty Duncan, as science minister, and launching the fundamental science review.

This narrative of the two parties has remained largely intact – the Conservatives more of less ignores science unless they are talking about helping industry and creating jobs, and the Liberals continue to rejoice in their role as defenders of science and promoters of evidence-based policy.”

Photo by Utsav Shah on Unsplash