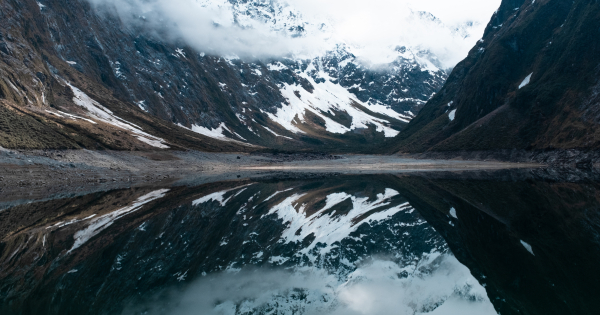 “The federal Conservatives say they would not stand in the way of the Quebec government if it moves to bar some provincial employees from wearing religious symbols at work.

In an interview, Conservative MP Gérard Deltell said his party accepts the incoming Coalition Avenir Québec government’s right to introduce legislation on the matter, would not oppose the possible use of the notwithstanding clause to make it Charter compliant and would not join a legal challenge of the legislation.

The Conservative position differs from that of the Liberals and NDP. Prime Minister Justin Trudeau does not believe the Quebec government should be legislating on the issue of religious symbols and opposes in this case the possible use of the notwithstanding clause. The federal NDP also objects to attempts to override the Charter of Rights and Freedoms in this case.”

“Jean Chrétien says Quebec’s political class is “trapped” in a pointless debate over a non-existent problem: how to accommodate religious minorities.

And the former prime minister predicts the furor over whether public servants should be banned from wearing religious symbols will eventually fade away as common sense prevails.

“When you ask [Quebecers] the question, ‘Do you want them to lose their jobs?’ — [they say,] ‘Oh, no,”‘ Chrétien said in an interview with Canadian Press.”

“Canada’s military justice system is in danger of being blown up following a bombshell court ruling that found the current process of trying service members for serious crimes — including sexual assault and murder — violates their charter rights.

The ruling was quietly rendered last week by the military’s appeals court, and prosecutors are now scrambling to save the current system by asking the Supreme Court of Canada to stay the decision until it can make its own determination.

But even as some inside the Canadian Forces warn about the damage the ruling would cause if it’s allowed to stand, others say it’s long overdue — and should spark a much-needed overhaul of the system.”

“A Vancouver father is challenging the province after it told him he couldn’t let his children take transit unsupervised.

Adrian Crook, a single father of five, was told by the Ministry of Children and Family Development in fall 2017 that his four school-aged children could not ride the bus unsupervised. The children ranged in age from seven to 11 years old at the time.

“As a result of their brief investigation, the MCFD informed me that, ‘until the children are 10 years old, they cannot be unsupervised in the community, at home, or on transit,’” Crook wrote in a blog post.”

“It was a strange election in Quebec. I followed it from afar but with a lot of interest and a certain dose of skepticism. Since arriving in Canada and living in Montreal in the early 1990s, I found that during provincial and even federal elections, the question of Quebec independence occupied a big portion of the political debate. Usually Quebec independence came as a final threat launched by the “federalist” Parti Libéral du Québec (PLQ) to dissuade the last batch of hesitant voters from siding with the “sovereigntist” Parti Québécois (PQ). And this polarization worked relatively well, at least to a certain extent, for the PLQ. But over the last two decades, the referendum on Quebec independence has been losing ground, especially among younger voters, but even baby boomers, usually supporters of the idea, have been showing signs of tiredness.

Over the years, the focus of polarization in Quebec politics has shifted from independence to identity. It was Mario Dumont, forefather of today’s Coalition Avenir Québec (CAQ), who was instrumental in bringing the inflated “reasonable accommodation” debate to Quebec political affairs. Political fear-mongering stopped targeting federalist Anglos, who supposedly threatened French culture with their imperialistic language, songs, movies and powerful economic institutions. Instead, it was directed — skilfully, with media complicity — at a new threat: immigrants.”

Photo by Nishant Dania on Unsplash