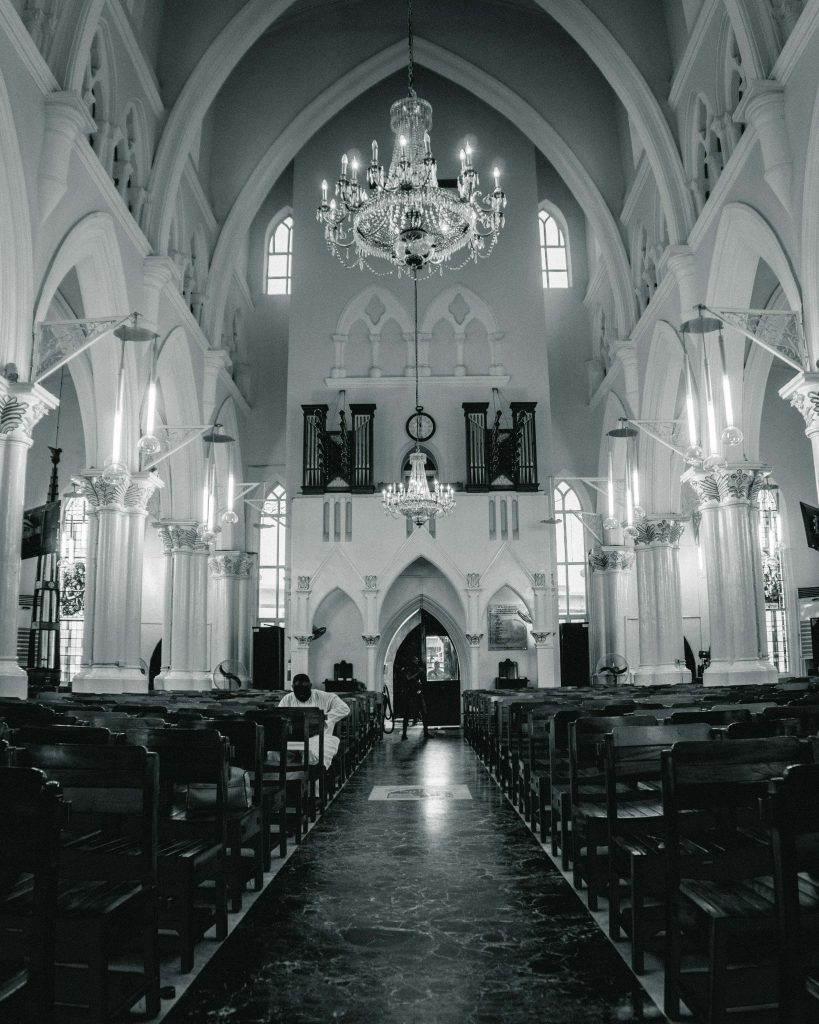 His self-description: I am Ebenezer Odubule. I will turn 50 years of age on 14th September 2018. I am a legal practitioner engaging in private legal practice in Lagos Nigeria. I was born into Christianity and was indoctrinated along Christian dogma until 2007. So, I have been an atheist since 2007.

Scott Douglas Jacobsen: Was religion a part of real life? If so, how did religion influence personal early life?

Ebenezer Odubule: In Nigeria, unfortunately, religion is a major part of daily life. We breathe religion; we exhale religion, when you wake up in the morning you are treated to the loud public address system from the mosques calling out on adherents in the daily call to prayers.

Same goes for the churches, undertaking weekly prayer meetings, night vigils and playing loud worship songs to the public space with no consideration given to nonmembers of their faith in the society. You are made to bear with noises associated with religious worship day and night and sometimes throughout the week

The story is not so different in the various levels of the educational institution both public and private, the religious faith of those at the helms of affairs is usually imposed on staffs and students with impunity.

In the workplace also, the impact of religion is everywhere, it is a well-known fact that Nigeria is the most religious country in the world but we are yet to see any significant gains from this religiousity.

On certain days of the week, public many employees of government institutions and agencies will abandon their work from 1.00pm in the name of going for prayers and many will not return back for duty on that day as it marks the beginning of the weekend – so much talk about productivity.

In some private businesses and professional organizations, the religious practice of the head is imposed on the rest of the workforce. Religion is part of work, school, family life, social and political life – it is exasperating.

In the political space also, religion is a key factor. Leadership is not sourced on the basis of an individual’s level of competence and fidelity to humanism.

This allows for manipulation and patronage of religious leaders and polarization along religious lines. Corrupt settlement of political cronies via pilgrimage programmes at the pleasure of the President, the governors and local government chairmen across the country

So, it is visible to all, that religion is a substitute for good governance in Nigeria. The people do not have any faith in the political leadership and since god is dogmatically assumed and regarded as a problem solving all-powerful spiritual entity, the majority will cast their burden unto God rather than seeking practical or rational ways to solve problems.

This is not surprising though as strict religious indoctrination encourages segregation. Muslims do business purely with fellow Muslims whilst Christians do business mainly with Christians in many instances.

So from these premises being religious have its obvious social advantages in providing the social and economic pool for followers to leverage for business or even professional advantages and Nigerians knew this and that is why they are jumping on that very bandwagon as survival strategy rather than as an expression of religious faith per se.

Consequently, early personal lives are enmeshed in these dynamics be it social, educational, economic, or political – you are willy-nilly coerced into one form of acceptance of religion one way or another. It is a huge challenge to sound personal development and one that has placed Nigeria in the state of stagnation and misery as it is today.

Jacobsen: What were some early moments of questioning faith for you?

Odubule: started my elementary education at age 6, but I can recall before then, that I often as a child question the veracity of the existence of God as the foundation of the human faith. But religion is crafted in ways which did not allow for disagreement with its dogma.

So you either shape in or you wash out. But then again, we are told that if we rebel, we will burn in hellfire and if we obey God we would go and enjoy in heaven. So for me, the real essence of serving God was borne out of fear and not love. The primordial fear factor – to save our own necks from the scorching flames of hell – very funny.

So, the early moments of questioning faith for me started in primary school. I was seeking answers to the legitimacy of god but not openly because the majority frowns at such inquiries and I had to endure life going to churches because when your parents get ready for churches they compel their children to come along for lots of reasons unconnected with religion too.

I never saw an overwhelming righteousness or fidelity from my fellow Christians when I was religious except for a few devoted individuals.

In my adult life I came to the conclusion that there is a different almighty god for the Chinese people that Nigerians do not yet know, given the firm commitment and socio-economic results witnessed in China, and the gods worshipped in the U.S or Canada is certainly not the same god worshipped massively in Nigeria because the world knew we aren’t making the landmark progress that we are potentially poised to achieve in the first place.

When you look around the country you will see overwhelming misery and poverty facilitated by advocates of religion in public life.

Jacobsen: Who are some prominent Nigerians that people should know more about, who are atheist in Nigeria?

Odubule: Apart from my colleagues in organized irreligious communities such as Leo Igwe, it is hard to say one prominent Nigerian is an atheist or not. I have heard people saying that the Nigerian Nobel Laureate, Prof. Wole Soyinka, is an atheist but I am not able to confirm this neither have I seen the professor associating with any organized atheist groups in Nigeria. I can only say someone is an atheist by association for now.

Jacobsen: What are the professional and family consequences of coming out as an atheist in Nigeria?

Odubule: There is still a good measure of culture shock in Nigeria when people get to hear you say you are an atheist. They exhibit shock and surprise. Hence, with the daily influence of religion earlier portrayed.

Some family members will keep their distance, they believe that you are a bad influence on the religious development of other family members. Professionally you are at a disadvantage too, especially when you are in a profession where advertisement if precluded and you would rely on references from a wide variety of sources.

But this is okay by me because the sanity of my conscience weighs more importantly than any professional accomplishment – all my life, I have never enjoyed the degree of inner peace I now enjoyed when I was religious. No more nightmares and surely no more praying, casting, binding and battling any unseen and perpetual enemies.

Jacobsen: What were some of the pivotal moments of becoming an atheist for you?

Odubule: That was during the Atheist Society of Nigeria national convention in 2017 at the University of Lagos. I was impressed at the large turnout and the fact that the crowd are mostly young Nigerians men and women from major parts of Nigeria including the north.

There is a future for secularism in Nigeria. Before my membership of ASN, I had initially thought I was alone in my atheism but now I know better.

Jacobsen: Do the religious have any formal arguments, rather than social reprimands against atheism? What are they?

Odubule: I am not aware of the existence of any rational formal arguments deployed by religious bodies in defense of their faith.

Jacobsen: For a young person who wants to leave religion in Nigeria, how can they do it? What are their risks?

Odubule: This will depend on the family or social background of the young person. We have had challenges with some young adults declaring openly to his Jehovah’s Witness parent on the practice of atheism and the result led to ex-communication by friends and expulsion from the family home.

I have also experienced another young male adult who’s atheism activities on social media has led his family to declare him insane and he was promptly taken to a mental hospital as a measure to persecute and he was effectively coerced to abandon his conscience and went back into the closet.

My advice to any young person is to wait until they are independent of all parental influences before coming out with their atheism but I am also aware that some families may be liberal in their reaction to such issues hence, a balancing approach is required otherwise the risk of social reprimand is always hovering around such declaration of atheism at early stages and family members often applied punitive measures withdrawing financial and emotional support to the subject.

Jacobsen: Thank you for the opportunity and your time, Mr. Odubule.

Photo by Temitayo Aina on Unsplash