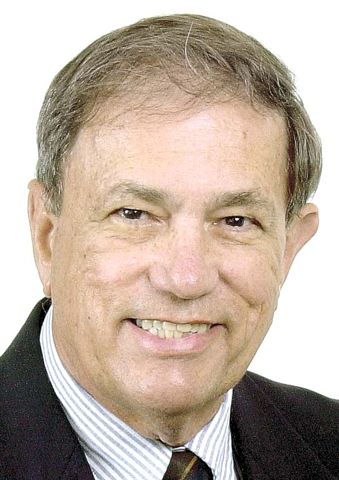 James A. Haught is longtime editor of West Virginia’s largest newspaper, The Charleston Gazette-Mail, where he has won two dozen national newswriting awards. He is also a prolific and important voice in the nontheist movement. having won 21 national newswriting awards. He is author of 11 books, 120 magazine essays, and 50 columns syndicated nationally. Thirty of his columns were distributed by national syndicates. He also is a senior editor of Free Inquiry magazine.

Scott Douglas Jacobsen: You are a long-time atheist.  You are an editor and writer, and have been for a significant period of time.  Indeed, you are in the final stage of life.  Let’s focus on reflections here:  What are the main regrets in life looking back?

Haught: Actually, I have no regrets about my life.  I’m not Hemingway, but I did my best to write clear indictments against supernatural gibberish.  I tried to convince readers that scientific honesty and beneficial secular humanism are noble – the only honorable path for intelligent, educated people.

At age 86, I’m still glad to be part of the freethought movement that is triumphing in western civilization.  Magical religion is collapsing, year after year.  Young people increasingly reject claims of gods, devils, heavens, hells, miracles and other church stuff.  Soon, such beliefs will be laughable in sophisticated circles.

Looking back, I feel deep satisfaction in seeing how we skeptics have gradually won the war of ideas.  I hope the trend keeps snowballing after I’m gone.  That’s why I have no regrets.

Jacobsen: When you observe the religious, and then the atheists, what seems to best demarcate their experience at the end of life?

Haught: One of my longtime newspaper buddies was a Methodist.  In his final months, he talked constantly of wanting to see his late wife again in heaven.  I was touched – but I didn’t tell him that his hope was a fantasy.  I think each human personality is created by the brain (the most complex object in the universe), and when the brain dies, so does the individual existence.

Which is better – to comfort oneself with a wishful hope of rejoining loved ones, or to accept that oblivion is coming?  I think my approach is more truthful.

Jacobsen: What would you prefer to be remembered for in the end?

Haught: I’ve written eleven books and 140 magazine essays, atop a lifetime of newspaper writing and syndicated columning.  My essays still appear weekly in the Daylight Atheist blog.  If any of this is remembered and reaches future readers, it will be the only type of immortality that actually exists.  If it doesn’t, I will be just like billions of other folks, gone into the haze of the past, eventually forgotten.

Jacobsen: When it comes to the faithful, what seems to be the main fallacy in their thinking about ethics?  They claim that God is good, and is the source of all goodness.

Haught: Frequently on television news, I hear people gush about how God saved them in tragedies, while others perished.  My reaction:  Well, why didn’t God rescue the others?  Did God hate them?

In philosophy, the “problem of evil” proves clearly that the all-loving, all-powerful God of religion cannot exist.  First articulated by Epicurus, the inquiry goes like this:  If God created everything, why did he create breast cancer to kill women and leukemia to kill children and Alzheimer’s to destroy aging minds?  Why did he create earthquakes, hurricanes, tsunamis and other natural tragedies that kill multitudes?  Why did he design pythons to crush pigs and cobras to poison Indian children?  If God can’t prevent these horrors, he isn’t omnipotent.  If he doesn’t want to prevent them, he is cruel – a monster.  Therefore, logic doesn’t disprove a vicious God, but it disproves a loving one.

Jacobsen:  Why do so many believe in supernatural and non-scientific explanations for phenomena in the world?

Haught: I think the human mind has two contrary capacities – an ability to reason intelligently and scientifically, and also an ability to imagine demons and spirits, pure fantasies.

Sigmund Freud had a clear explanation for the widespread belief in a father-god:  Little tots, maybe age two, see a huge, mighty, human father looming over them, loving them, rewarding them, punishing them.  As they mature, this baby image of their biological fathers fades, but it remains buried in the subconscious.  When the church says, “A huge, mighty father-god looms over you, loving you, rewarding you, punishing you” – bingo, the old toddler image resurfaces, causing the person to say, “Yes, yes, it’s true.”  They actually worship a long-buried subconscious memory.

If today’s young can learn Enlightenment values – and ignore supernatural hokum – the future will be in good hands.

One thought on “Interview with Jim Haught – Author, Columnist, and Writer”