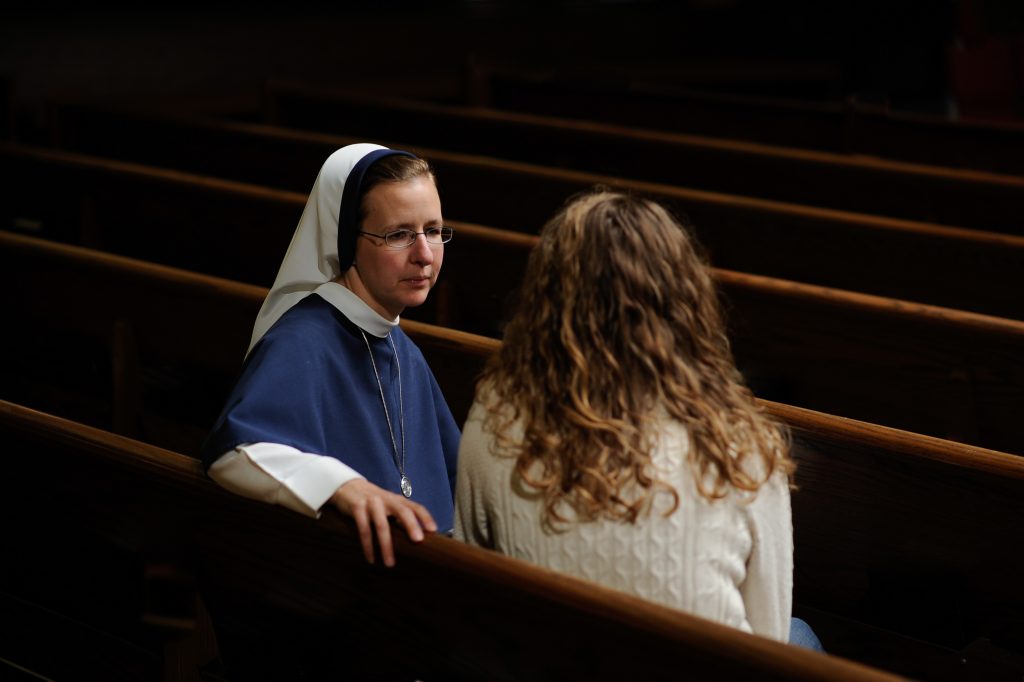 The number of nuns continues its precipitous decline in overall numbers. Also, they have begun to come out, calling out sexual abuse within the church.

The history, apparently, runs back about 400 years ago in the history of Quebec. But now, the most devout women in the Roman Catholic world are beginning to decline in numbers and age – as a reflection of religion in general in North America – and wither into the dark.

The height of the Roman Catholic nuns in Quebec, in total or raw numbers, was 47,000 in 1961. Now, the number decreased to fewer than 6,000 with the mean age above 80. This portends poorly for the Christian faith’s largest sect or tradition in Quebec.

It amounts to an augury for the future of the country with respect to much religious faith. Something akin to a hollowing out of the faiths; if not in raw numbers, then in the seriousness with which individual believers take their religious faith.

I feel for the sisters in the loss of long-term culture. Not fun for anyone to lose a sense of place and purpose. However, other issues may dwarf this as the sexual misconduct claims continue to pour out of the religious institutions and organizations throughout the country and the world. By implication, many more remain unreported.

The continued decline of the faithful has not been helped by the continual deluge of sexual abuse case settlements. One, recently, amounted to tens of millions of dollars. One nun stopped attendance at a regular confession because of a priest forcing himself on her.

The rape happened when she was “recounting her sins to him in a university classroom nearly 20 years ago.” Apparently, this sister was silenced due to the vows of obedience to the hierarchs of the Roman Catholic Church and its attendant orthodoxy in addition to the shame and guilt coming from the rape.

By the reportage, she appeared to remain stuck in one of the first stages of trauma: denial. Ignore it, it did not happen, then everything will be better. It will go away. Now, more have begun to come forward to tell their own narratives of abuse and secrecy from within the Roman Catholic Church, where the abusers are bishops and priests.

The cases continue to emerge not in isolated incidents, countries, or even regions; they exist in Africa, Asia, Europe, and South America. The queries may emerge, as they do for me, about the hierarchical structure itself.

The unquestioned power of men who hold the levers, whether in traditional-conservative structures seen in much of the Roman Catholic Church or in liberal-progressive institutions observed in much of the culture of Hollywood.

In terms of sexual violence, the core perpetrators tend to be men in both institutions; women tend to be the main victims. Within the increasing prominence of the anti-sexual violence and justice movements in social media and elsewhere, the church is having a moment and nuns account for a portion of it.

The sexual violence perpetrated, for example, by the Vatican in the 1990s in Africa was not dealt with or handled – euphemisms in both cases – sufficiently or at all. One of the most prominent individuals who has been charged with sexual misconduct is the sexual abuse and harassment of seminarians by the American Cardinal Theodore McCarrick.

A leading expert of the church sexual abuse and abuse of power history, Karlijn Demasure, stated, “I am so sad that it took so long for this to come into the open, because there were reports long ago… I hope that now actions will be taken to take care of the victims and put an end to this kind of abuse.”

Demasure continued, “They (the priests) can always say ‘she wanted it’… It is also difficult to get rid of the opinion that it is always the woman who seduces the man, and not vice versa.”

The references provide rather extensive coverage on the issues of both a decline in the number of Quebecois nuns, so provincial, and then the sexual abuse #MeToo moment, so international.

Photo by Josh Applegate on Unsplash