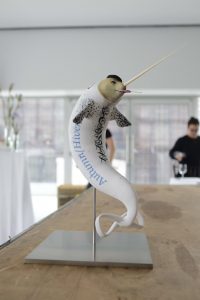 What you’re looking at here is the first religious artifact of the blockchain-based religion 0xΩ (“zero-ex-omega”). It is called “Dogewhal”. We await the Second Coming of Satoshi! Put thine trust in SHA-256.