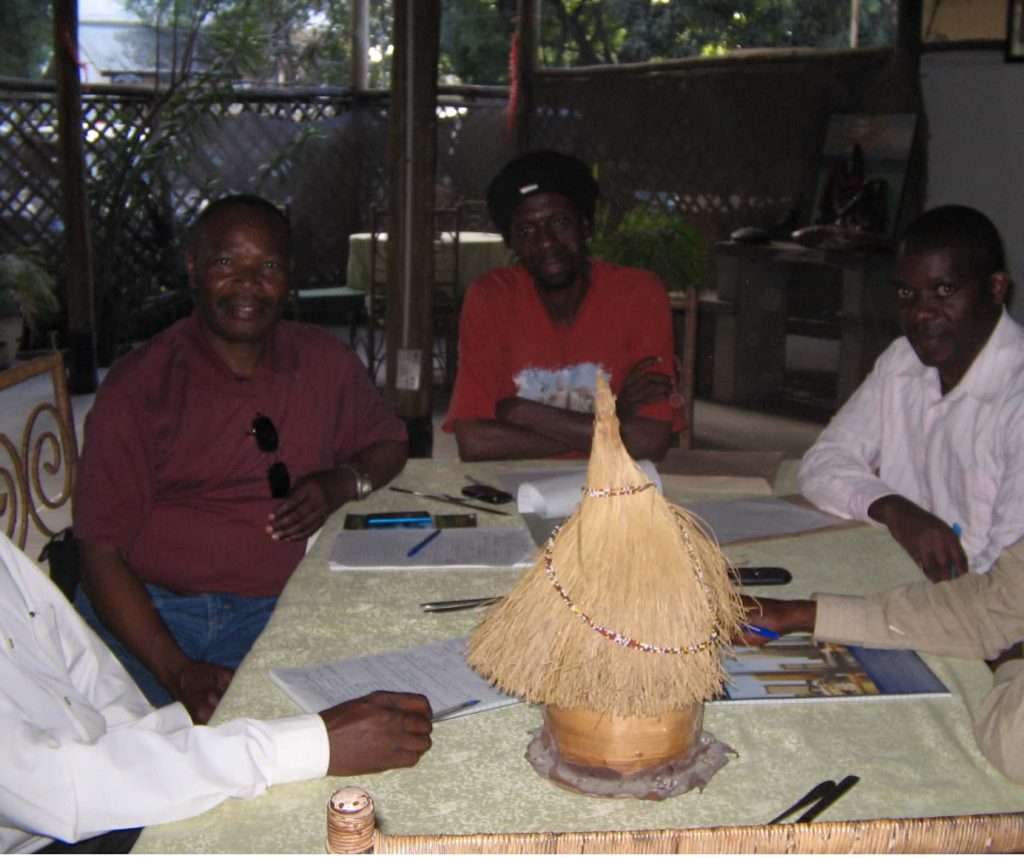 Nsajigwa I Mwasokwa (Nsajigwa Nsa’sam) founded Jichojipya (meaning with new eye) to “Think Anew”. We have talked before about freethought in Tanzania. Here we continue the discussion on the creation of a community for the non-religious.

Jacobsen: I want to focus less on pointing the finger in this 4th session. I look to the production of the community rather than the direction of flaws in other communities.

Nsajigwa: Could you recall the “Brook farm” experiment of the Transcendentalists, as well as the “Walden pond” experience of Thoreau in 1840s to 1850s USA? Both were inspired by the teachings of Transcendentalists – Ralph Waldo Emerson and others. They had Thoreau retreat back to nature to practiced right there, self-reliance.

Well, we had our own Tanzanian similar-like experience here, inspired by the teachings of Ushirika – Communitarianism back then. Thus I initiated a “back to the land” move for the unemployed youth in urban centers to go farming, including myself. That was in the mid-1990s.

We went back to the farm in Mbozi very near to the Kimwondo – a meteorite stone, and stayed there 1995 to 1998. Due to heavy “El Nino” rain and a complete lack of any support from the Government (despite their promises for same) we had to abandon the project but out of it came cultural tourism that became lifetime career for some freethinkers.

If we had support by then who knows? Maybe, you could have today a well-established freethinker institution and community in Africa, emerging right from the grassroots…! anyway even the Brook farm and the Walden pond experiments both had to be dissolved but their ideas and ideals linger still.

One of our member of that Youth-hood move is a “Thoreau Anarchist” … still living by farming nearby there, still don’t own a cellphone thus living without one, refusing to visit urban centers only when necessary, doing (building) everything by himself…!

And yes the non-religious are fallible too, I know from experience of building same in Africa, East African part. As of the moment, I am surprised by arguments just on definitions of who & what is a Humanist here. The latter-day generation of nonbeliever potential activists seems stuck just on that…So you hear…I am this not that…Agnostic not Atheist, Apatheist not Atheist, Atheist not Humanist, Pantheist not Atheist, Freethinker not Atheist etc.

As a long time veteran Pioneer freethinker activist, I find this mind-boggling. Does it matter…? as long as you are an independent-minded, skeptic and can question even your own religion that is, you are a brainchild of enlightenment. Those other labels are but personal temperaments. And one can be multiple of those anyway, depending on the circumstances.

Thus in Africa, it’s important to build by teaching (as I have always done) correctly this philosophy & worldview & life stance. We don’t need yet more tribalism, this time of nonbelievers each thinking his label is what this philosophy is.

Likewise building by doing & living by examples of one’s own positive life as a mirror of the Happy Humanist who is Ethical, Humanistic, Rationalist, Responsible, tolerant…tolerant to others viewpoints, only to counter when such becomes inhuman, dangerous…give respect for all…eclecticism…just insist on rationalism, and scepticism to claims, outside likewise inside religion. Of interfaith…Africa had been observed by great thinker late Ali A Mazrui as “Triple heritage melting pot” …Jichojipya deals with that reality on the ground.

Jichojipya is more of “Pro” rather than “against” movement…Pro IHEU AD 2002 Declaration (of which I translated into Swahili being the first time its available in an African language – and one with large speakers and readers), Pro-African Freedom charter before and an African human rights charter now, Pro George Ayittey’s Indigenist renaissance Cheetah teachings, Pro Paul Kurtz Eupraxsophy teachings for building communities and institutions for people living without religion, Pro UN 1948 Human rights charter all in agreement by people in and outside religions like me…Pro secularism…keep religion out of state & governance, our country being secular thanks to our founder who happened to be a good student of John Stuart Mills on subject “liberty”.

I am for individuality (liberty) within cooperatism, each one help one, Ushirika – “SisikwaSisi”, work together for the common good, let 100 flowers blossom to make a beautiful garden, Humanism should rule, whether religious (John Dewey to Julian Huxley), ethical (Felix Adler) or secular (Paul Kurtz)…in all cases man is the centre..! on How (plan) to build…its a nascent movement so building here is from the scratch, grassroots has I have always done throughout my experience above – Mbozi Sisikwasisi project and now for Jichojipya Think Anew.

Jacobsen: Have there been interbelief panels with religions and the non-religious community?

Nsajigwa: Non-religious as a movement is nascent here, except before it was the “back to the land” SisikwaSisi youth movement that became like the Brook Farm and Walden pond transcendentalist adventure. Now, it’s Jichojipya-Think Anew.

There have been conferences of interfaith but the voices of nonbelievers are just not there, they are not even thought to exist, except with (aside from) the elder Kingunge Ngombale Mwiru as an individual exception. He was assumed a “Marxist”, or “communist” by the way, no one ever knew him to be a freethinker until that Jichojipya interview with him.

However, we live with others most of whom are religious, some very religious. It’s our African “triple heritage” package, again as one African great thinker Ali A Mazrui had postulated.

Jacobsen: Have you worked on the creation of schools and clubs and associations outside of Jichojipya to build the non-religious community?

Nsajigwa: No but one thing needs to be highlighted here. Our curriculum syllabus in Tanzania is secular to the point of teaching and even broadcasting “Zamadamu”- theory of evolution already…!

So to be fair the secular education already provided by the state is a good beginning here, but there is that socialization, indoctrination, religion-based from childhood I explained elsewhere about, that one is taken to be primary to the secular education one would get at school. As for ourselves we freethinkers few here in our particular case, despite having such plans before and even now, it is an expensive venture, money capital is needed for that.

As for the clubs yes, circles of book reading philosophy in general, freethinking humanism in particular, doing this since the 1990s when back then a Secondary school teacher, to being a youth activist for social change, to become a pioneer of humanist life stance here from 2002 on. I am an autodidact and have influenced many youths basing on that, as I explained before, a library is my sanctuary.

More so I helped the emergence of a non-religious community in Uganda, was right there from the very beginning of planting seeds done by the IHEU President elder Levi Fragel. Me helping out being his guide as he traveled in places to explain what IHEU and Humanism are about, helping behind the scene too. And for the cause of freethinking humanism elsewhere in Africa, have traveled also to Malawi, Kenya and recently Nigeria. 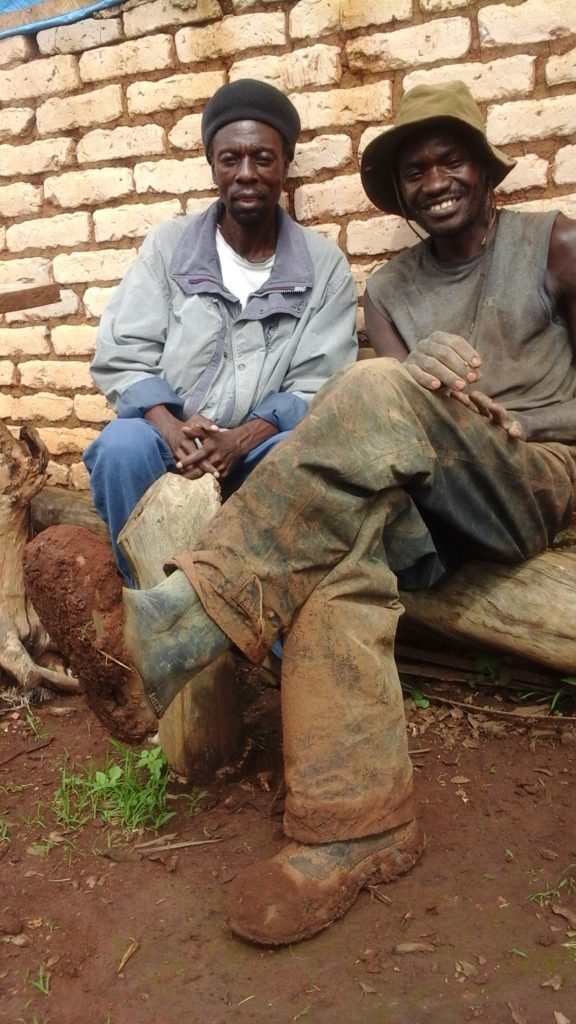 Jacobsen: What may be some next steps in the development of said communities?

Nsajigwa: For Tanzania and much of Africa its to “unearth” the in the closet Freethinkers nonbelievers and connect them into a circle, body, and institution to work for actualizing Humanist life stance idealism – free world that is secular, tolerant, rational, commensurate with the 21st century human ethical sympathy and empathy, liberty to all, muted irrationality, superstitions and fundamentalism beliefs – whether theological or ideological…

In practice, resources and funds for building what great thinker Paul Kurtz termed as Eupraxsophy institutions, centers, what we tried to build during the phase of our Youth-hood SisikwaSisi “Brook farm” to “Walden pond” back to the land adventurism…!

Nsajigwa: Yes, we can fix by showing the alternative…we are part of the solution, globally and locally…in our African case two cases here one, the non-religious needs to get organized, not each living on his own, and in the closet. Here is the imperative need for a good & exemplary Leadership from the Pioneers.

Thus it’s important, as Roslyn Mould of Ghana had rightly pointed out elsewhere, to get the right people leading…and help them on the work to build a movement and a community. In Europe well there is already high level of Liberty & bills of right & rule of law…but here in Africa we live in illiberal societies, with triple tyranny of culture, religion and politics all demanding conformity making it just too hard to be an independent thinker let alone (dangerous being a) freethinker nonbeliever.

Nevertheless, time has come now to “unearth” and organize these extraordinary individuals – what W E B Du Bois termed as the “talented 10th” of every age in every society since the time of Socrates, before and after, into a global community that lives to keep that elenchus habit, that had produced modernity itself as we know it today.

Let us organize ourselves into Eupraxsophy as a community beyond lonesome stoic endurance. For Tanzania front, the emerging of Jichojipya is exactly to facilitate that. We wish to make figure Socrates and subject philosophy qua philosophy get known to the populace. We were able to unearth the late elder Kingunge Ngombale Mwiru as an independent thinker and as a freethinker.

We shall keep doing that, including keep inspiring (we don’t convert though, live and let live..!) others who are independent thinkers and freethinkers on the closet, to realize they are not alone, that there are others like them and that man is a social animal, they need to come together to meet the like-minded, see how they can help one another, each other in this drama of circle of nonbeing to life being and back to nonbeing, while living in between as realists, without religion, or if in it, then be sceptic doubting one, Thomases within it, rationalists as Mutazilites in Islam or Obierikas of African tradition. Religions being but cultural phenomena, thus man-made.

That a possibility to live a Happy and ethical life of usawa, ubinadamu na Utu wema – Swahili for Humanism, without a religion or any supernatural beliefs. Man is the center, from philosopher Protagoras of ancient past to Tanzanian founder father of the Nation (and its secularism principles) late J K Nyerere.

Jacobsen: Thank you for your time, and the opportunity, again.

Nsajigwa: Thanks back to you too, one more time. 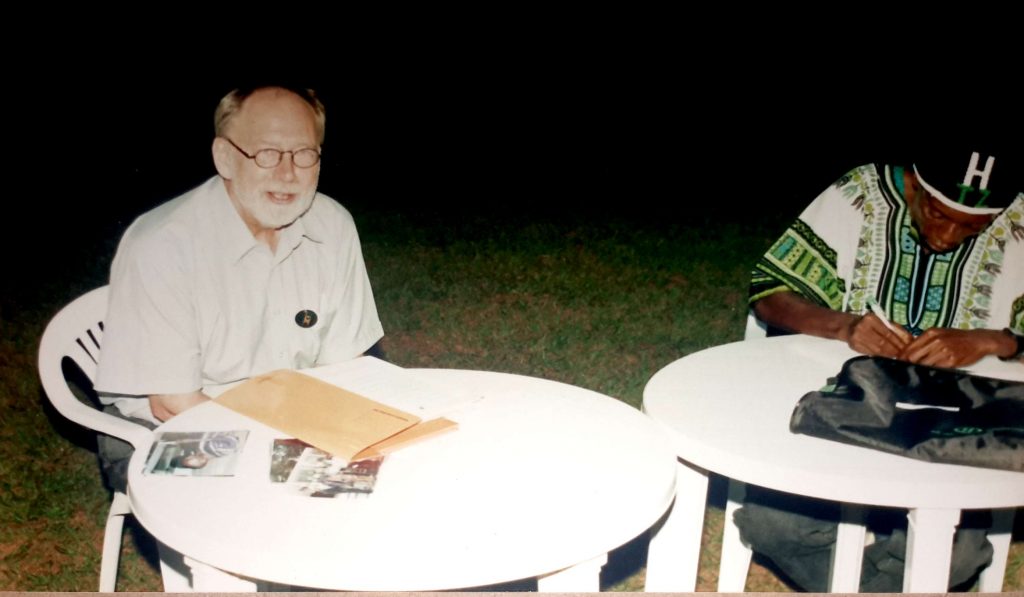