This is wonderful news for equality, Charter rights, and the LGBTQ community in particular.

Unfortunately, the case wasn’t quite the game-changer secularists hoped it would be. It is good, and it hints that more good things might be in store, but it doesn’t answer all the questions we hoped it would.

The decision was released only hours ago, and it involves some complex issues of administrative law. It is made even more complex by the fact that it wasn’t unanimous: 5 Justices wrote the majority decision, 2 Justices wrote separate concurring reasonings, and 2 more wrote a joint dissent. That’s 4 different sets of reasons to parse. And there are 2 rulings, because there were 2 cases.

Because of all that, this decision is probably going to be analyzed up the wazoo over the coming months, so I can’t write a complete assessment at the moment. I can, however, give you a hot take summary, along with some background, to at least situate you in the decision.

Trinity Western University (TWU) is an evangelical Christian school in British Columbia. One of the more noteworthy things about TWU is that it has a “community covenant” that dictates standards of behaviour for the students based on evangelical Christian principles. That includes relatively uncontroversial things like no booze or drugs, but it also includes rules about sexuality. “No fucking outside of marriage” is one of them, but there’s nothing particularly discriminatory about that. The problem comes from the rule that there is to be no same-sex fucking at all… even between legally married partners.

TWU decided they wanted to create a law school to educate Christian lawyers – which are basically just regular lawyers, with a little bit of extra insufferable self-righteousness. They asked the provincial law societies if they would automatically accredit their graduates, which is customary for law schools that pass a certain set of academic standards. Several refused, not out of concern for academic standards, but in objection to their discriminatory covenant. TWU took them to court.

Two provincial cases rose to the attention of the highest court:

The Supreme Court of Canada agreed to hear both cases jointly on November 30th and December 1st. Already there was controversy, due to some questionable decisions on who to allow as intervenors.

The hearings seemed to go very well for the law societies; the justices seemed to be onside with the arguments made by their intervenors… not so much with those supporting TWU. But you can never be sure which way the Court is going to go, so we still waited for six months with bated breath.

What we hoped for

The most important thing we wanted was a decision on whether organizations – rather than individuals – have any religious rights. The argument was that §2(a) rights – freedom of conscience and religion – don’t apply to organizations like universities… only to individuals.

You can probably see why a decision this would be a huge deal. It would not only solve the TWU case – “the LGBTQ students have religious freedom, TWU itself does not; simple & done” – it would solve dozens of other issues we’re dealing with across Canada. For example: hospitals denying doctors on their premises permission to perform abortions or assisted dying procedures.

Another, more technical, thing that we were hoping for was clarification on how Charter rights should be considered in administrative decisions. Administrative decision makers are granted substantial deference in their decisions, under the logic that they’re experts in their own domains and so should make the best decisions within them. But even they must – obviously – respect the Charter. The thorny issue is: how and how much?

Had we got everything we wanted, this would have been the most important decision for secularism in Canada since at least 1985’s R v Big M Drug Mart Ltd, which struck down “blue laws” (laws that ban opening businesses on Sunday).

As it stands… we didn’t get everything we wanted. But we did get a lot. And for the next few months and maybe years, we’re going to be assessing exactly how much we got.

When courts make decisions, they usually try to make the decision as narrowly as possible. In plain English: if they can solve a dispute by considering just the characteristics of the specific dispute, they will; they won’t make sweeping law pronouncements if they don’t have to.

The majority decided there was no need to rule on whether organizations have religious rights in this case, or on the balance of rights at all. Instead, they merely asked: “Was the decision made by the law society reasonable, given the mandate of the society and the scope of its authority?”

They never considered (so far as I can tell from my cursory readings) the question of whether TWU itself has any Charter rights. Instead, they looked at it from the perspective of the students: the “TWU community”. As individuals, the students definitely have a §2(a) right to create their own religious community based on their own beliefs and practices. Anyone that gets in the way of them doing so is definitely infringing on their Charter rights.

Of course, LGBTQ students also have Charter rights. Thus the law societies’ decision boiled down to: which group’s rights do we interfere with?

The majority didn’t bother to consider the question of whether the “TWU community”’s rights include the right to infringe on the rights of others. It wasn’t necessary to consider.

There was no possibility of accommodation here: the law societies only had two choices – accredit or no. One decision would interfere with one group’s rights, the other with the other group’s.

The Court decided that it was reasonable – given all factors – for the law society to decide to infringe on the “TWU community”’s religious rights, in order to protect the rights of LGBTQ students. They figure that in order to have an evangelical Christian law school, there is no need to make dictates about what goes on in people’s bedrooms. Thus there is only really minor infringement of the “TWU community”’s religious rights, which, balanced against everything else – LGBTQ students’ rights, the obligation of the law society to make sure the profession is open and diverse, and so on – doesn’t weigh up.

In summary: TWU can create a Christian Evangelical law school without forcing the community covenant on people who don’t want to live by it. The law societies are justified in denying them automatic accreditation so long as they are forcing the covenant on students.

I mean, we absolutely won in the sense that it is now clear that it is okay for the administrative decision makers of professional bodies to deny organizations or groups that force religious requirements on unwilling people.

That is definitely a win.

It was also a win for the LGBTQ community, with the recognition that in the balance between including them in society versus the religious right to hate on them, inclusion won.

That is also definitely a win.

So we did win. We just didn’t win as big as we’d hoped.

There are very tantalizing hints of that in the concurring opinions. 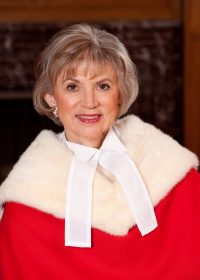 Former Chief Justice McLachlin argued that Charter rights should have supremacy in these kinds of decisions. The majority hand-waved away much of the Charter argument and focused on whether the decisions of the law societies – as administrative decision makers – were adequately justified based on the law societies’ own reasoning and the boundaries of their decision-making domains. They basically said: “Look, whether or not it’s actually true that TWU has a Charter right to force their religious beliefs on students, the law society at least has reasonable logic in considering it, and their arguments for why they decided it’s okay to infringe on it are sound.”

McLachlin says, no, no, wrong: if Charter rights are at issue, those rights need to be given primary consideration. It doesn’t matter how reasonable the administrative decision maker’s logic sounds. In her own words (from the LSBC decision):

Where an administrative decision-maker renders a decision that has an unjustified and disproportionate impact on a Charter right, it will always be unreasonable.

It would be very interesting indeed to see the way administrative decisions are reviewed in this country changed to give more weight to Charter rights.

The second and perhaps even more exciting hint comes from Justice Rowe’s dissent. 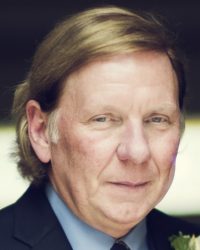 He agrees with McLachlin: Charter rights should be of primary concern in reviewing administrative decisions. But he goes a step further.

He doesn’t like jumping to the limiting stage. §1 of the Charter allows for reasonable limits to be placed on other rights – particularly §2 fundamental freedoms – if those limits can be demonstrably justified. But Rowe says: we shouldn’t do that unless we absolutely have to. Instead, we should focus our efforts on deciding exactly what rights are at issue, and exactly what their scope is. If we can give a proper assessment to exactly which rights are involved, we won’t need to jump to §1 limits quite as often.

And then he applies his logic to this case… and he decides that §2 religious freedom rights do not extend to the coercion of nonbelievers. Here is what he writes (again, in LSBC):

The main Charter right at issue in this appeal is the freedom of religion guaranteed by s. 2 (a). The freedom of religion protected by s. 2 (a) is premised on two principles: the exercise of free will and the absence of constraint. From this perspective, religious freedom aims to protect individuals from interference with their religious beliefs and practices. While this focus on the individual choice of believers does not detract from the communal aspect of religion, it must be underscored that religious freedom is premised on the personal volition of individual believers. Although religious communities may adopt their own rules and membership requirements, the foundation of the community remains the voluntary choice of individual believers to join together on the basis of their common faith.

At the second stage of the s. 2(a) analysis, the proper delineation of the scope of s. 2(a) comes into play. Where the protection of s. 2(a) is sought for a belief or practice that constrains the conduct of nonbelievers — those who have freely chosen not to believe — the claim falls outside the scope of the freedom. Therefore, interference with such a belief or practice is not an infringement of s. 2(a) because the coercion of nonbelievers is not protected by the Charter.

While Rowe’s reasoning is not part of the majority decision, it is thrilling to see that if the question ever does come up before the Supreme Court, there is a very good chance that our position would win the day.

So what exactly is the takeaway?

The takeaway is simply that tolerance and equality won the day. Our victory was not as resounding and total as we would have hoped, but it was an indisputable victory.

There are serious shortcomings in the way administrative decision-making is reviewed in Canada, but they weren’t solved here. However, there were tantalizing glimpses of what the ultimate solution might look like… and it looks beautiful.

There is also the lingering question of whether §2 fundamental rights and freedoms apply to organizations, and not just to individuals. And we still haven’t got the answer to the question of whether a community’s right to religious freedom and self-determination extends to controlling the behaviour of nonbelievers in that community. But we at least got a preview of how that decision might go… and it’s encouraging.

We had hopes that this decision would be a gong signalling massive changes across the board in Canada, but the Supreme Court opted to sidestep the issue of updating its decision-making rules, and the issue of the scope of §2 rights. So we still have work to do.

But today, we can celebrate.