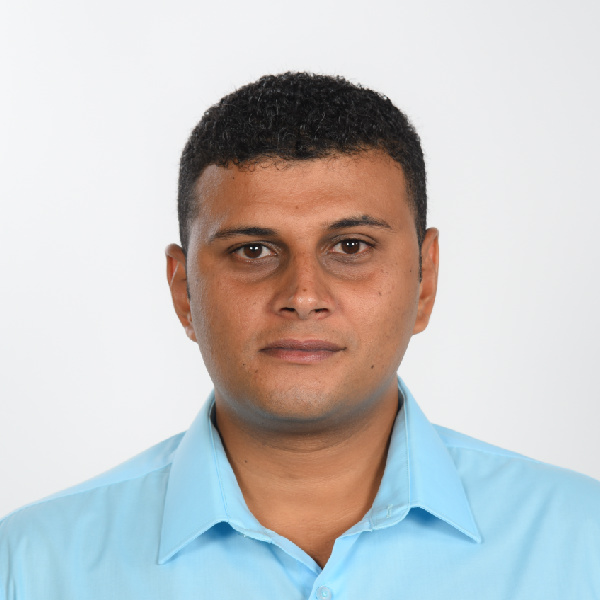 Scott Douglas Jacobsen: What was early life like for you, e.g. geography, culture, language, religion, and so on?

Ismail Mohamed: I was born in 1983 and travelled with my family to Jordan at the age of five. Luckily, my father was not a religious man; that is, he did not practice religious rituals. This bothered me because all my friends had their parents’ religions and practised the rituals of Islam permanently.

He does not. I was born in Alexandria, Egypt. I lived in Jordan for a long time and returned with my family to Egypt after 9/11. I remember in these days in Jordan how many talked about bin Laden as a Muslim hero.

In my adolescence, I was living a conflict between religious commitment, and my love for music and listening to music and songs. I remember in this period. I was very attracted to the melodies and songs of Michael Jackson, but his reputation was bad among people in my community.

People accuse him of likening women (this is a charge and a stigma in our societies). It was not easy to express my admiration for all the people. I was walking in the Jordanian capital looking for any picture of Michael Jackson just to watch from afar.

Unfortunately, I only learned the Arabic language at this time in my life. My father was not a person with a university education. He knew that science was wonderful. He encouraged me to read continuously and with the advent of the Internet. He encouraged me to go online and remember that I went.

Jacobsen: You are Egyptian. What is the climate for atheists and religious people there? Is it more favourable for the atheists or for the religious?

Mohamed: I am an Egyptian living in Egypt since the events of 9/11. Being a Muslim and a straight man means that you live in the perfect place for you. Egypt, like any Muslim country, is good for conservative Muslims and heterosexuals.

It is not a good place for atheists. I am not gay, but I have gay friends who live in very difficult circumstances. Almost all of them live a double life. The community may be married to another sex or show that they love the opposite sex, but in fact, they are gay or lesbian.

Jacobsen: How does Egypt tend to treat atheists in social and professional life?

Mohamed: No one can declare his atheism and remain in the same social and professional life. This is almost impossible. This can be announced to some people close to him and will remain secret to everyone.

But if his declaration is strong, the society will not have mercy on him, whether he is a university professor or whatever. Therefore, the majority of those who declared atheism are now social outcasts.

Some of them resort to changing their homes or jobs or hiding, or working through the Internet as I did after my declaration of atheism in one of the satellite channels. I then had to leave my city and go to live in the city for fear on my life and the life of my family, religious persecution and fear of persecution is very difficult and turns life into a great hell.

Jacobsen: What are the laws regarding atheists in Egypt? Does this violate human rights of non-believers?

Mohamed: There are no laws that criminalize atheism in Egypt. If you are an atheist, you do not violate the law. But if you talk about the reasons for atheism or explain religion as you understood it and make you an atheist, you may be imprisoned for contempt of religions. This violates the human rights of freedom of belief and expression.

Jacobsen: What was the show The Black aDucks?

Mohamed: It is a media platform where non-believers were given the opportunity to talk about their experience with religion; an information platform that also propagates the principles of secularism and acceptance of the other.

The program’s guests were not only non-believers, but also minority believers such as Christians, Baha’is, and Shi’a Muslims from Sunni Muslim communities and Sunni Muslims. Shiite communities, and a group of thinkers and writers from different countries in the Middle East and North Africa.

I have recorded more than 300 episodes so far. The program has also been the first to give the opportunity to many homosexuals who are forgotten. They can talk about their experience. Their suffering in the Middle East, also the program aims to encourage non-believers and oppressed life and deliver a message to them is that they are not alone, but we are with them.

Jacobsen: What is going on with the show now? What happens on the show in its more prominent moments?

Mohamed: I was forced to leave the city and go to another city with a very small population. I was able to continue broadcasting from there. However, I was apprehended by security and stopped for a while and returned to my city.

Now, I broadcast my programs with sound instead of audio and video to avoid any trouble that may occur. I was invited to participate in a conference on secularism in London last year. I got a visa to travel, but the security authorities prevented me from travelling for unknown reasons. I received a prize from the conference with Richard Dawkins and others.

Jacobsen: Of course, people have the right to believe or follow a religion as they wish, according to the UN Charter, which narrows the problem to rights violations against atheists with death penalties or against the ordinary religion with the fundamentalists enforcing their views on both of non-religious and the ordinary religious, How can both groups work to combat the encroachment of the fundamentalist religious to protect human rights and acquire justice in the many cases of rights violations?

Mohamed: This is a wonderful question. Unfortunately, to this day, there is an overlap (almost all the countries of the Middle East and North Africa) between what is religious and what is related to life, people, and society. There are many laws based on religion such as personal status laws in Egypt for example (such as marriage and inheritance), and some other laws.

A large proportion of ordinary Muslims do not care about this and do not feel threatened by this overlap between religion and politics or between religion and state and the system of life, while the unbelievers are difficult to hear because most are oppressed and afraid to speak freely because of the laws of contempt of religions that can imprison them at any time. It happened with many thinkers and writers, and some may be killed.

Jacobsen: Any final feelings or thoughts in conclusion?

Mohamed: We are one world and one planet. Western societies are created, produced, and manufactured by the creativity of their children who enjoy freedom after separating what is religious from what is related to life.

I believe that individuals and institutions from all Western countries should support our transformation of secularism and separation of religion and law. We need your support. Islam is a very old religion.

I think it needs to evolve and change many of its interpretations. Western societies and governments can put pressure on Islamic religious institutions to change their concepts.

Jacobsen: Thank you for the opportunity and your time, Ismail.