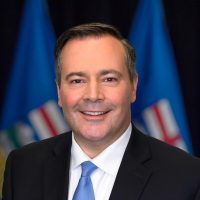 Alberta dominates the Update this week… but not a single item is positive.