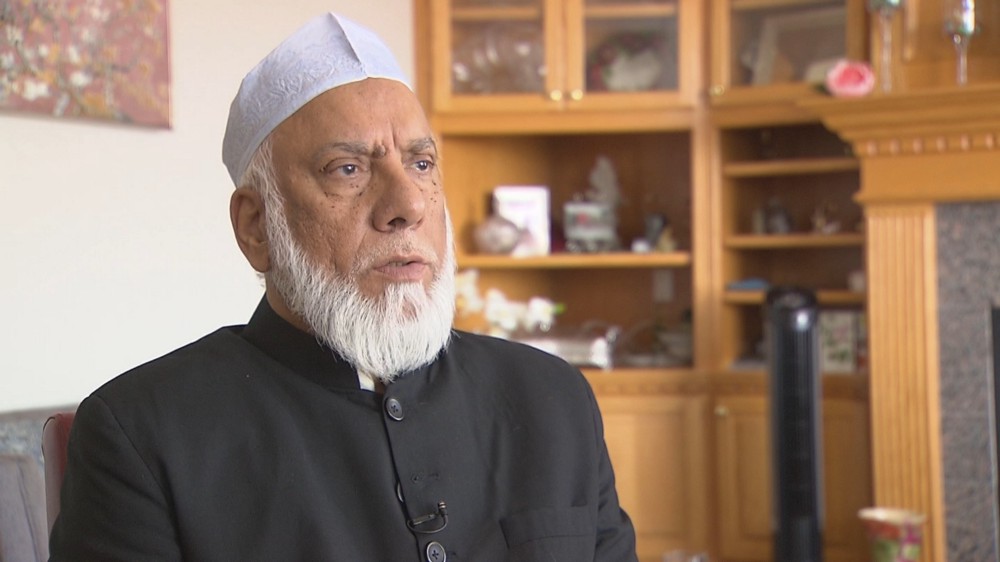 Prof. Imam Soharwardy is a Sunni scholar and a shaykh of the Suhrawardi Sufi order, as well as the chairman of the Al-Madinah Calgary Islamic Assembly,founder of Muslims Against Terrorism (MAT), and the founder and president of the Islamic Supreme Council of Canada. He founded MAT in Calgary in January 1998. He is also the founder of Islamic Supreme Council of Canada (ISCC).

Imam Soharwardy is the founder of the first ever Dar-ul-Aloom in Calgary, Alberta where he teaches Islamic studies. Prof. Soharwardy is the Head Imam at the Al Madinah Calgary Islamic Centre. Imam Soharwardy is a strong advocate of Islamic Tasawuf (Sufism), and believes that the world will be a better place for everyone if we follow what the Prophet of Islam, Muhammad (Peace be upon him) has said, ” You will not have faith unless you like for others what you like for yourself.” He believes that spiritual weakness in humans causes all kinds of problems.

Imam Syed Soharwardy: It is very slow, but, definitely, it is in the right direction. People are having a better understanding of each other. But definitely, we are not there, where we can say, “We have a Canadian community with a broader perspective.”

However, we can say we understand different religions and faith groups. Definitely, there is a rise in anti-immigrant, anti-ethnic, and anti-Muslim sentiment. But there are more dialogues now.

I attend more interfaith dialogues across the country than 5 years or 10 years ago. Definitely, it is going in a positive direction, but the direction has been quite slow.

Do you notice this super minority of either community?

Soharwardy: I completely agree with you. There are sentiments in faith and non-faith communities. There is an element, which is quite vocal and visible and, sometimes, in some cases damaging the relationship among various groups of people.

I completely agree with you. Those people, a minority, of course, do exist in the faith groups as well as in the non-faith groups. I come across many people who do not believe in any religion.

They hate religion. They do not tolerate any teachings of any religion. Similarly, there are people in faith communities who follow a certain religion. They have no respect or no tolerance for atheists or agnostics or man-made faith people.

They think they are evil. Similarly, I have emails from people who say, “Secular religion is man-made. You guys are worshipping that does not exist.” That kind of intolerance does exist. It is quite vocal.

Jacobsen: As an individual, and as an independent writer and journalist, I cannot speak for an entire community or for a community of which I am not a part. However, I can say, “I am sorry for those particular instances where you have gotten emails or communications that, more or less, are intended to harm or cause offense.”

Soharwardy: Absolutely, they have no right to represent the whole faith group or non-faith group. The majority of non-faith people – and I have been involved with many atheist and agnostic groups – respect me as a person of faith.

Even though, they do not believe in any religion. We do have some dialogue. We have some good discussion. But it is very friendly. It is a cordial discussion and civilized. However, there are elements in religious and non-religious groups who do not know how to talk.

They cannot talk in a civil discussion with the opponent group. That definitely bothers me. I absolutely, and from my congregation, know that such people do not represent their own groups, whether an atheist or a religious group.

Faith groups also, they can be very intolerant towards other faiths. That intolerance can be quite visible and obvious.

Jacobsen: Thank you for the opportunity and your time, Imam Soharwardy.