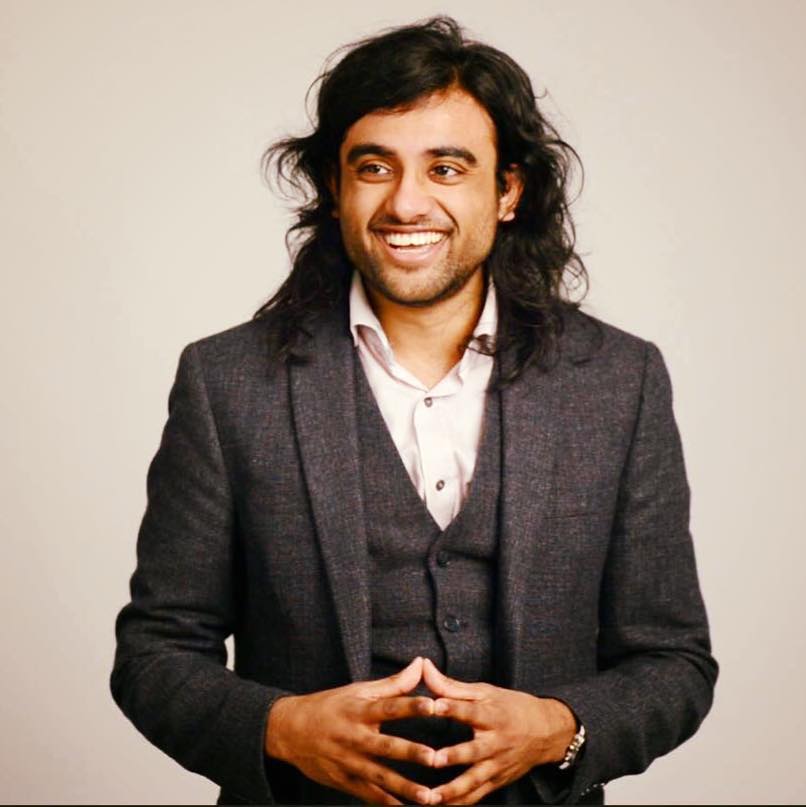 Hari Parekh is the President Emeritus of Humanist Students. Here we talk about atheism and humanism, and the analysis of religion.

Scott Douglas Jacobsen: Atheism is known to be a negation of gods and affirmation of non-gods. What does humanism negate and affirm as a worldview?

Hari Parekh: As a worldview, Humanism aims to affirm that we can live an ethical and fulfilling life on the foundations of reason and humanity, in a universe that is a natural phenomenon. Humanism centres around people.

As a result, it remains equivocal to centre a worldview in the intention to further human fruition, flourishing, and fulfilment. Humanism provides an understanding of the purpose of being human, rather than the circular stagnancy of atheism.

Humanism may negate the need for ethical and political decisions to be based on superstition and belief. The pragmatism of the natural world remains significant to how one’s worldview may develop.

Defining ‘Humanism’ Thinking about life can cause someone to unknowingly entrap themselves into the negative spiral of solipsism – thinking and questioning everything around them to be something to be dubious or unsure about.

Thinking that as a human being, who’s mitochondrion cells will deplete in energy one day causing one to die, that I will not exist one day. This is a difficult thought to have, yet incredibly significant. Yes, life is short, and yes, we will all die one day.

But, the significance of being able to live and breathe and contribute to society, making the most of this life that I have, remains the single most significant part of being alive. To the point that I endeavour to value the life that I have in making each day without regret.

Defining Humanism does not provide an answer, as each person defines ideologies dependent on their own experience. The value of Humanism remains in understanding the significance of its perspective.

Jacobsen: Where do atheists go wrong in their analysis of religion? Where do they go right?

Parekh:  The question allures to me answering whether in my view, atheists may be right or wrong in their analysis of religion. Atheism, principally is interested in whether there is a notion of a ‘God’ or not.

Following that, remains little that Atheism can provide to understand areas other than the circular argument of whether a ‘God’ exists or not.

However, this does not account for the high numbers of people that live in countries where it remains illegal to be non-religious. As a result, the purpose of whether there is a ‘God’ or not is not simply a theological argument as highlighted above – it becomes a question of identity.

This would suggest, as a result that, there may be a purpose to atheism in such conditions where blasphemy laws are still stringent and prevalent, for example – where people are persecuted for not believing in a ‘God’.

Atheism is neither wrong or right as the question asks.

Jacobsen: What would a humanist society look like to you?

Parekh:  My dad will often talk to me about how he sees one calamity after the next on the news each day, to which each day he will repeat the remark: if only people cared more about people.

My dad may be religious, but the sentiment of how he would like society to be is valid. As a result, that is how a humanist society would look – a society where laws, legislation and policies that affect people first and foremost were considered based on how they may affect people.

To intrinsically care about the wellbeing of people in communities within society would be how a humanist society would look like to myself.

Jacobsen: Why is Humanist Students important for the development of the humanist community on campus?

Going to university for the first time is a significant life event. This episodic event is a pivotal moment, where the majority leave the family home for their first opportunity to test their boundaries of freedom.

A poignant moment being that, when this person leaves their household, they are a representative of everything they have learnt. Going to university is more than just achieving a degree – it is an opportune moment to challenge the ideals, and a priori knowledge one brings along with them.

The transition from being religious to non-religious can be a difficult journey – with an increase in mental health issues such as depression, due to the deconstruction of one’s original sense of identity, which was formed within the trilogy of religion, culture, and tradition.

As a result, the importance for the development of a humanist community on university campuses remains paramount to ensure that people who might be going through such a transition, have a safety net and community to call their own.

Jacobsen: What do you plan to do after your time as the President-Emeritus of Humanist Students?

Parekh:  The aim remains that there is a necessity for humanist communities to be formed within the local community, not just at universities, to provide support and a sense of belonging to non-religious people.

Parekh: Having worked in the student sector of Humanist UK for the past four years, I’ve had a great opportunity to learn, develop, and support people in creating communities across the United Kingdom and Republic of Ireland.

It is never an easy endeavour, as attendees may not come in vast numbers, people question the need and necessity of such a society or community on campus, some people do not have the awareness to know that there is a choice to be non-religious.

The constant pressure to continue to highlight the need and necessity of such a community has the potential to demotivate even the most energetic of individuals in continuing to develop such a community.

They are the only representatives to highlight issues and provide their student audience with an awareness of what it means to live a life believing in the natural world – to believe in the good nature of human beings.

To stand tall at the sight of injustice and to be the only people on their entire university campus to be empowered to do so. Moreover, to be a safety net to people that are currently transitioning from being religious to non-religious.

If, anyone reading this is currently running their student society and feels discouraged and demoralised – to read this, and reignite that drive and grit, to represent non-religious people on campus.

One thought on “In Conversation with Hari Parekh – President Emeritus, Humanist Students”