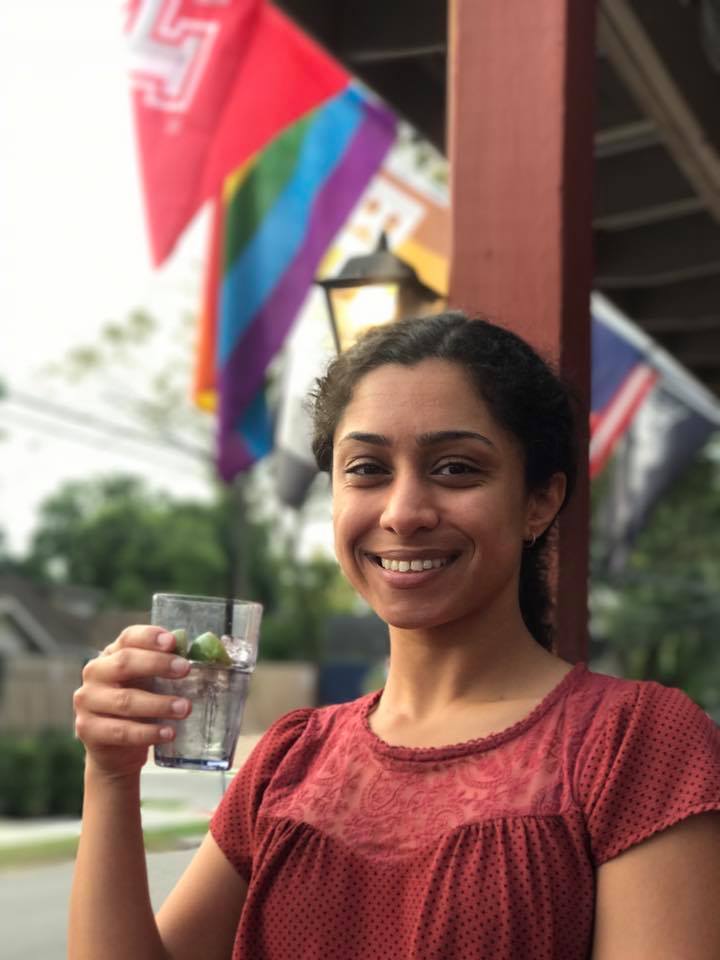 Ghada Ibrahim is a Former Muslim and Saudi Activist. In particular, an activist for the rights of women in Islam and talking about her former faith. Here we talk about growing up in a Saudi Muslim family, family life, aspects of Islam, well-being of women and men in Islam, and the net analysis of Islam in Saudi Arabia and the MENA region.

Scott Douglas Jacobsen: You grew up in Saudi Arabia to a Muslim family, naturally. What was family life for you?

Ghada Ibrahim: Arab culture is big on familiar relations. Families are large, and family tied are heavily emphasized. Though I lived 1.5 hours away from the rest of my extended family, we still saw them regularly (at least once or twice a month on a weekend) It would be a big gathering.

Uncles, aunts, cousins, all together at a grandparents house for lunch, afternoon tea, and sometimes even dessert. My first friends were my cousins that were around my age. We played together all day long and got into trouble together when we didn’t listen.

Though we were very religious, there was no actual “segregation” in my family’s gatherings. The men and women sat together in the family room and talked, laughed, and shared meals together.

Women still wore hijab from the non-mahram men. Non-mahram men were men that weren’t sons/nephews/husbands/brothers/fathers/uncles. Brothers-in-law were still considered non-mahram, and so did cousins. That didn’t necessarily ruin the experience.

It was a nuisance to have to cover up, but spending time with family made up for that nuisance.

The main patriarch was usually the grandfather. He would be the authority that made most decisions, but he also had the biggest heart and he loved his wife, the main matriarch, very much.

My grandmother would sometimes cook the lunch feasts (which were always delicious) and my grandfather would usually distribute fruits after or before lunch. It was very lively, loud, chaotic, overwhelming, and honestly, a lot of fun.

Jacobsen: How did this family life provide a basis for knowledge about the religious teachings texts, and major religious figures?

Ibrahim: My family was and still is very devout. Most of our conversations and what we watched on TV revolved around religion and religious figures. A lot of the stories exchanged during our gatherings were stories of the prophet, the 12 Shia Imams, the prophet’s daughter Fatimah, and the state of affairs of Muslims (Shia Muslims especially) in the current time.

A lot of my knowledge on religion and religious figures came from the stories my family shared in our gatherings or watched on TV from religious scholars. Books were also exchanged or recommended, especially that it was very difficult to find Shia books in Saudi Arabia (They are banned).

A book smuggled over the border from Iraq, Iran, or Bahrain is usually read by everyone in a third for “knowledge”.

Jacobsen: How did those understandings provide the basis for precise critical inquiry into the belief structure of Islam rather than a general, and simple, disbelief in the religion more often seen in those who thrust the cloak off?

Ibrahim: It was not necessarily the teachings that got me to begin looking into the religion in a more critical manner. It was another aspect of Shia Islam that I saw in my family and in my community as well.

It is this belief that Shia are victims of injustice at the hands of the unbelievers (usually some kind of Sunni Muslim ruler) and that the only way they will be free from this injustice is when the Mahdi, a Messiah-like figure, will return at the end of days and bring justice and peace to the world.

During the time, the Shia I knew were not doing anything to fight back the injustice and those that did, were criticized. Even if they were hailed as brave and courageous for standing up, they were still dismissed as not being able to do anything because the Mahdi is still the only one that can ever bring about an ever-lasting change.

It made me question why we, as Shia Muslims, had to rely on a figure we never met (only heard stories of) to better our conditions.

The reason I didn’t shed the whole cloak off was because Islam was the only religion and only “truth” I was ever exposed to. I was never exposed to other possibilities or the possibility of Islam not being the ultimate truth.

The interactions I had with my immediate family in our home and with the extended family was very sheltered from the broad outside world. I “heard” of Christians, Jews, Hindus, and nonbelievers, but I never really interacted with them.

Not until the internet was introduced in the 1990s to us and I began to speak to people from all over the world through the click of a few buttons. Even then, I never considered the possibility that Islam was not the truth.

Only that Shia might be misguided into not doing anything themselves to better their conditions. The strong familiar lies and the sheltered upbringing all made it much more difficult to shed the cloak of religion all together.

It just made me poke holes in a few different places and begin an inquiry into why these holes were even there.

Jacobsen: What points made Islam the least plausible to you?

Ibrahim: It was the role of women in the religion. Before I even began to look into Mohammad, the prophet of Islam, I read the Quran thoroughly along with different interpretations and asking several scholars on what I believed then (and still do today) “problematic” verses.

This includes the famous 4:34 verse that allows men to have authority over women and to discipline them, whereas women had no such right or authority over a man.

I’ve read several interpretations from both Sunni and Shia scholars, so-called “feminist” interpretations, asked several scholars and the answers varied from: “That’s not what it actually says” to “women have a lot more responsibility towards the household and thus, her straying from the true path will lead to far more dangerous outcomes”.

It all sounded anti-feminist, anti-woman, insulting, and demeaning. It was the way women are portrayed in Islam that got me to begin questioning the authenticity of the religion as a whole. How could a religion claim to be perfect for all time and space and be so demeaning and insulting to women?

Jacobsen: How does Islam provide a worse basis for the well-being of women than men?

Women receive only half the inheritance they rightfully deserve and are required to have a male family member “take care of them”. That is infantilizing and assumes women are helpless and are always in need of a man.

Women’s testimony is half of that of a man. The Quranic reasoning is if one forgets, the other could remind her. This is extremely insulting to women’s intelligence.

After a divorce, women have to wait either 3 months (without any pregnancy) or if pregnant, have to wait until the baby is born before being able to remarry. If widowed, she has to wait 4 months and 10 days or until delivery of the baby if pregnant.

If a man is divorced or widowed, he doesn’t have to wait any amount of time to remarry. This is clear discrimination and in the time of DNA testing, there is no reason to have this time to “make sure the baby’s father is known”.

Women have to be covered up in hijab. Men do not need to cover up at all.

Women do not get the power to divorce. Women lose custody of their daughters after the age of 7 after a divorce.

A virgin woman is considered “more favorable” than a non-virgin. There is no distinction at all for men.

Jacobsen: Is Islam a net positive or negative force in Saudi Arabia and the Middle East-North Africa (MENA) region?

Ibrahim: I see it as a net negative force in the MENA region. It holds back people from progressing and adopting humanist values.

Everything has to be looked at from a religious perspective and as long as Islam is the rule of law, there can never be women’s rights, minority rights, LGBT rights, freedom of speech, freedom of and from religion, and even rights of prisoners/criminals will be neglected.

Jacobsen: Any feelings or thoughts in conclusion?

Ibrahim: When people look at Islam, they look at it from a “their culture” perspective instead of the very real threat it is. The reason the MENA region is so behind on human rights, women’s rights, etc IS Islam.

Islam is as much as Abdul who you go drink with on Friday nights as it is Hamzah that beat up his wife because she refused to sleep with him.

Jacobsen: Thank you for the opportunity and your time, Ghada.