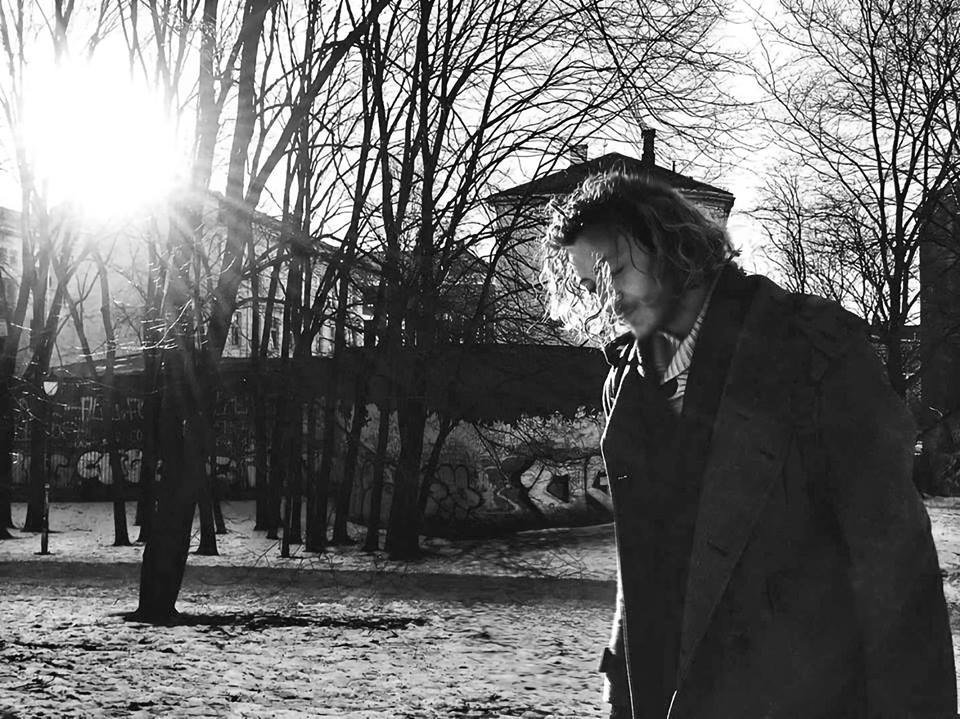 Benjamin David is the Founder of Conatus News and a Writer, Designer, Photographer, Artist, and Marketer on various platforms. Here we talk about his life, struggles, progressive activism, and how to unify activists.

Scott Douglas Jacobsen: How was life for you growing up?

Benjamin David: Born into a very working class household, I grew up in several poverty-stricken areas in Bristol with my parents and two siblings. Even though my father had a very penurious job as a welder/fabricator, he was a very talented man, with a remarkably shrewd ability to repair or build anything he set his mind to.

By contrast, my mother was a housewife who, owing to longstanding mental illness, was continuously between jobs. Having parents whom I could best describe as disciplinarians, the environment my siblings and I grew up in was consistently threatening and teeming with abuse. My brother and I spent a lot of time either being smeared or maligned.

Moreover, we were physically abused, suffering horrific injuries forcing us on many occasions to run away and attempt to take our own lives. Understandably, I not only had a deeply noxious relationship with my family, but it precipitated a lengthy period of social withdrawal, with me spending considerable amounts of time in the throes of depression, anxiety and self-harm.

Losing all friends, I was forced to take recourse in school books, video games and sojourns in nature to find a sense of plenitude. In fact, the older I became the more introverted I was, which often resulted in me being vilified or spurned by my peers in high school.

Light would eventually prevail at the end of my tunnel, or so I thought, after my parents divorced after numerous warring months. I decided to move in with my recently remarried father, seeking non-belligerence, where I stayed for two years.

Given that my father’s wife was a relative of my mother and a longstanding Jehovah’s witness, before the wedding he covertly undertook lengthy bible study sessions and “got to know” Jesus and Jehovah prior to announcing the engagement to the rest of the family.

Moving in with my father soon after the announcement, I was implicated in the wrongdoings orchestrated by my father, and I was subsequently rejected and disowned by my mother, an imposition my siblings had no choice but to comply with.

Notwithstanding the desertion, I endeavoured to please my Dad, with the hope of making my first friend as an adolescent, even attending the weekly meetings of the Jehovah’s Witnesses at the Kingdom Hall.

Having found neither intellectual nor emotional fulfilment, I renounced my religiosity, meaning that I was labelled an “unrepentant wrongdoer” and shunned by everyone in the household.

I was eventually starved of food, causing me to develop a chronic health condition that would inflict me for over 11 years, and I was asked to leave the house. At the time of being homeless, living in the city of Bath at the time, I was merely 17.

Jacobsen: Did religion and politics play a large role during your childhood?

David:  As I have already mentioned, religion was certainly a part of my later early life. The disclosure of superstitious beliefs, by contrast, were certainly ubiquitous during my early years, which undeniably aroused my interest in atheism during my late teens to early 20s.

My mother was a dogmatic believer in ghosts and angels, often speaking fervently on how ghosts are all around us, even in our house. Seeing psychics cleanse the house of spectres was a somewhat common phenomenon.

Having experienced first-hand the ruinous effects of being disfellowshipped by my own family for leaving the Jehovah’s Witnesses, and still consternated by the question whether God exists or not, I embarked upon a lengthy analysis of theism, watching lots of documentaries, reading a myriad number of books and getting involved in philosophy.

Eventually, I would be prevailed upon by atheism, and I undertook a lengthy involvement with humanism with the intent of helping those who had, like me, been victimised by religion.

Concerning politics, my parents held deeply entrenched fascist and populist views, which were at odds with my own egalitarian views.

My mother was once a supporter of the Labour Party in the mid to late 90s, but mass immigration and the perceived Islamization of Britain lead her to increasingly spout far-right garble. Derogatory remarks about minority groups were commonly made, which only precipitated a feeling shared by me and my siblings that the world was a deeply perilous place.

The political opinions of my parents most certainly galvanized my own political ponderings during my later adolescence, finding a sense of harmony with many of the left-wing political positions propagated from leading thinkers in philosophy during the 19th and 20th centuries.

Despite the repugnant nature of the positions held by my parents, I wanted to learn, critically, why they came to the political conclusions they did, and in so doing understand the flaws underpinning their convictions.

In many ways, and to my frustration, there is a sense of collective guilt that I find myself harbouring for the positions propagated by my parents, and I am sure this feeling has played a role, albeit a marginal role, in why I have been ardently involved in the world of activism.

Jacobsen: You founded Conatus News; a human-rights oriented, progressive platform for activists, writers, and social commentators. What inspired the title of the publication?

David: The title was inspired by the philosopher Spinoza, who used the term ‘conatus’ to describe the force in every animate creature toward the preservation of its existence. One of the recurring issues floating around activist circles is being heard.

The majority of those with whom I worked, such as the ex-religious, have a drive in them to be heard, to have their human rights and the rights of others preserved. It was only fitting that I picked a name symbolic of the very people the platform would eventually serve.

Jacobsen: Your involvement in Conatus News culminated in the ‘Defending Progressivism’ conference in London featuring some of the biggest names in activism either in attendance or sitting on the panel with you. Given that many of these activists disagree with each other, how did you manage to bring such figures together?

David:  I firmly believe that an activist movement will always fail if it is unable to forge a unity of purpose or togetherness. At the Defending Progressivism conference in 2017, there were some big characters who fundamentally disagreed with each other on some pretty pressing issues, such as AC Grayling and Claire Fox.

However, ideals of equality, individual liberty, freethought and compassion are ideals that most people, no matter their differences on certain topical issues such as Brexit, respect and thump for. Through giving centre stage to this centre ground, people are more amenable to engaging and respecting those who they once-perceived as political adversaries.

It’s always an inspiriting sight when two people come together to work something out. Just like music, with a single note only going so far, humans are collectively far more effective in their cause, emerging as a resonance.

Jacobsen: Who have been inspirations in terms of the progressive movement in the United Kingdom, and in fact the world, for you?

David:  The first would have to be Eugene Debs, who popularized ideas about civil liberties, workers’ rights, peace and justice, and government regulation of big business. The philosopher John Dewey was another, whose ideas about “experiential learning” emboldened several generations of educators.

He was also a champion of teachers’ unions and academic freedom, and he also spoke out and mobilised against efforts to rescind free speech, and he helped establish NAACP as well as being an ardent supporter of women’s suffrage.

Another is Charles Bradlaugh, a Victorian politician, who founded the UK’s National Secular Society over 150 years ago. Being the first atheist MP, Bradlaugh paved the way for the separation of religion and public life in Britain.

Jacobsen: Now, you have other professional endeavors. What are they? Why do you pursue this course?

David:  Presently, I have been working with an array of smart, gifted and passionate thinkers in the development of a new project, which we hope to launch in the coming months. Whilst I cannot divulge a lot of information at this point, I can say that it really will be the first of its kind once launched, and I am confident that it will pave the way for advances in the grassroots circles to which I belong as well as educating and empowering the public.

Conatus News was a sizeable project that I had launched, and the various successes and failures along the way has been a huge learning curve. After stepping down from Conatus News back in December 2017, mainly owing to ill health and a need to take a break from activism, I thought that I could enjoy the peace, given that Conatus News had been a colossally stressful full-time project. However, a few weeks in I experienced a hankering for activism, and brainstorming ideas quickly ensued.

Jacobsen: Any final thoughts or feelings in conclusion? What are your hopes looking forward for the progressive movement in 2018/19?

David: The term “progressivism” gets a bad rap, with many from the more reactionary and postmodernist side of the Left coming to be synonymous with the term. This is particularly evident in more moderate Left and centrist activist platforms very similar to Conatus News.

As a philosophy, progressivism is based on the Idea of Progress, which is the view that people can become better in terms of quality of life (social progress) through economic development (modernization), and the application of science and technology (scientific progress).

The assumption is that the process will happen once people apply their reason and skills, for it is not divinely foreordained. Why I do not call postmodernists “progressive” is that they expunge a key constituent of both modernity and progressivism – reason. Postmodernism stresses the irrational while being overly suspicious of the rational.

For those who are more laudatory of the term, there is a tendency to see progressivism as synonymous with, or certainly very similar to, the term “liberal”. This is unfortunate. There are fundamental differences between the two, such as core economic issues.

Traditional “liberals” in our current parlance are those who focus on using taxpayer money to improve society. By contrast, a progressive believes in using government power to make large institutions play by a set of progressive rules.

Furthermore, progressives are aware of social and economic problems and try to define and address the systemic rules, laws and traditions that enable and empower the problems in the first place. Importantly, progressives share a general belief in the interconnections of individuals and the view that “when you hurt, I hurt”.

One of the biggest hopes that I have for the progressive movement in 2018/19 is that ideas of progress become synonymous with the term ‘progressivism’, and the dirty connotation is extirpated from it.

Unfortunately, the loudest voices remonstrating against those who try to shut down university debates or apply different moral standards depending on the so-called “power” of a social group are either conservatives or libertarians, represented by such magazines as Sp!ked and commentators like Douglas Murray and Ben Shapiro.

Whilst there are always important partnerships to be had with our conservative and libertarian friends when working to redress specific issues we all agree on, it is important the progressive identity is not obscured by them.

Eric Hobsbawm put it stirringly when describing the unique identity of progressivism as characterised by “Public decisions aimed at collective social improvement from which all human lives should gain”, which he deemed the basis of any progressive policy, and changing the chronic and bedimmed political mentality of “maximising economic growth and personal income” to maximising the human condition across the board.

Jacobsen: Thank you for the opportunity and your time, Benjamin.