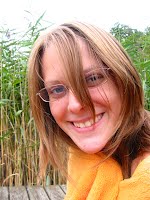 Humanists believe that this life is the only life we have. In order to lead a rich, meaningful life we must live ethically with each other and make decisions based on reasoned thought.

Modern Humanism began during the enlightenment when the idea that you shouldn’t sacrifice this life for the next was spreading. Back then, Humanists believed that you should balance both this life and the next, and so are called Humanists because they shifted the balance toward the world that humans live in. Their belief was that secular ideas about social justice and making this life better became just as important as religious concerns for the afterlife.

The ‘Happy Human’ is the original logo of Humanists UK and is freely available to Humanists. 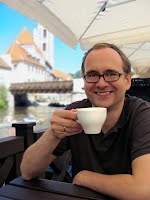 Eventually, some Humanists realized that there is no reliable evidence for any afterlife at all, whether you mean heaven and hell, reincarnation or any other concept of life after death. This view began to attract lots of people, and was called ‘Scientific Humanism’ by some because it relied on an evidence based approach. However, the phrase that is now used is ‘Secular Humanism.’ Over the years Secular Humanists became the largest group of Humanists and now when people use the word Humanist they mean the secular kind, and the other Humanists are called ‘Religious Humanists,’ who focus more on religious ritual.

Modern Humanists tend to believe in methodological naturalism. This means that we believe in the natural world, but not supernatural beings. We haven’t been convinced that these beings exist. We believe that we must solve our problems ourselves and can’t rely on a divine power to do it for us. Humanists believe that the only responsible way to live your life is based on critical thinking and using empiricism to discover knowledge. “Show me the evidence” could be considered one of our creeds, if we had any creeds.

Not only do we not have creeds, but there are also no sacred documents, doctrines or dogmas. I am impressed by the fact that Humanism changes over time and refuses to say ‘on this idea we are completely correct and there can be no discussion about this.’ We learn from our mistakes and when you get Humanists together we debate all issues with each other. 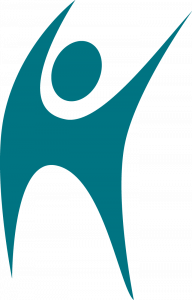 A more modern version of the Happy Human.

There is no Humanist pope or official organization that makes you a Humanist. Humanism is a life stance. You either are or are not a Humanist. Humanists tend to be fiercely independent and avoid using labels. (Ironically, one of the best indicators that someone is a Humanist is that they refuse to call themselves Humanist.)

There are no official organizations but there are social groups where like minded people meet and explore their passion for knowledge. You don’t convert to Humanism like a religion, though it can be thought of as an alternative to having a religion.

We endeavour to be guided by discussion, debate and rational thought when making choices. We come together to disagree: it’s our like minded approach to knowledge and reason that draws us together, not our conclusions. Where Humanist associations exist, we prize honest discussion, ethics, science and other forms of human knowledge, along with community.

7 thoughts on “The Secular Humanist Stance”