John Brown is an atheist and the administrator for Another Godless Atheist. Here we look a little closer at his story.

Scott Douglas Jacobsen: What was family life like for you? Was religion a big part of it?

John Brown: Family life was pretty good for the most part. I went to a Catholic school where I attended church regularly. However, as a family, we only ever attended church on Christmas Eve and Easter.

Jacobsen: Were there pivotal moments in becoming an open, or explicit, atheist?

Brown: This was a long process. It wasn’t from Christian to Atheist. I had a lot of agnostic time in-between. I left the Catholic Church for good when I was 18 (1988), but became part of the Pentecostal Church in Oshawa, Ontario.

There I was born again, I went to church 3 times a week, and married at age 24 with three children. My wife and I did a Bible study with our pastor and by 1998 I had a lot of questions (enter the internet), questioning the faith and the Bible whilst not really getting straight answers.

My faith swayed and I left the church. This was my agnostic phase. Months later, this had taken a toll on my marriage and we separated in February 1999. I was in New Jersey on a working holiday and wanted to go to Manhattan the morning of September 11, 2001. Up early, I made my way to the ferry terminal.

It was just after 8 am, the first plane hit. I think this was my tipping point into atheism. But I was more Humanist by 2006. I don’t think I ever used Atheist to describe myself until about 2012.

Jacobsen: How did you come to create and administrate Another Godless Atheist?

Brown: In the early days (2012), I called the page ‘Godless Heathen’ and my goal was to upset as many theists as I possibly could. However, I later changed in 2015-16 and decided to take a different route.

I decided to put all the daily news stories that involved religion issues around the world, making it a one-stop shop that also is shared on my Twitter page.

I still take the odd jab here and there at religion and will randomly post memes or sometimes pick a weekly theme from the Bible to quote on Mondays or coffee with Jesus, but mostly it’s about bringing the attention of what religion is doing to our world in all its negativity. 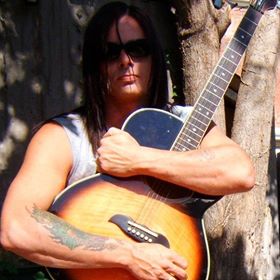 Jacobsen: It is a moderately sized group with a few thousand members on Facebook. How does this provide for its followers or members? What were some important moments in its developmental history or trajectory?

Brown: I really am not sure, the number rose quite fast when I was constantly taking cheap shots at religion, but leveled out around 6,000 for the past two years that I changed the format.

I have other admins, but they are rarely present as they all have their own lives and are in debate groups, and that’s fine. I have my Twitter account linked, so all posts go directly there. I started a YouTube channel, but it never went anywhere as I’m not that great at it despite my video editing skills being better than average.

Followers of my page seem more likely to share and react to a post rather than comment, but I did have a few dozen regulars that throw out comments to most posts. I also randomly get hate mail or post to the page with both love and hate.

Brown: Groups, pages, personalities that inspire me are the Atheist Experience, the Thinking Atheist, the Friendly Atheist, Dr. Lawrence Krauss and the Atheist Foundation of Australia, of which I am a member and volunteer for live events.

Part of the problem with the Atheist community is that we’re really not organized and organizing us at times is like herding cats. The one thing we have in common is we don’t believe in God.

Everything else is so random and there are so many atheist/humanist activist groups with so many different goals, it’s hard to get everyone on the same page. I think we need better organization and pick the more important goals and work together.

Group leaders should reach out to each other and try to merge in common interest. That’s what makes theism so successful. We need to take a page from their playbook (not the holy book). 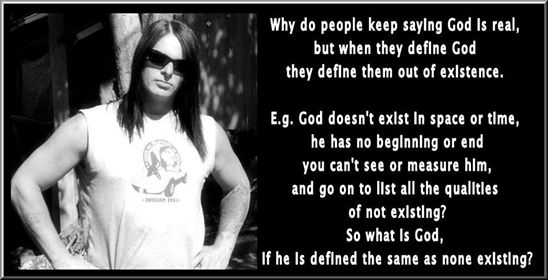 Brown: I think as a species we can only move forward and advance as a species as fast as our slowest members. Religion brings fear, mistrust, hate, bigotry, violence, discrimination, etc., to everyone who doesn’t subscribe to the same dogmatic ideology as they do.

Even amongst themselves, there is fighting and heavy disagreement, but they all get together for the common goal, despite how illogical and irrational it is. We need to all get-together and pushback as one, but we’re simply not there yet. As a species, we can all do better.

Jacobsen: Thank you for the opportunity and your time, John.

Brown: Thank you for taking an interest and asking my opinions. It was a pleasure. 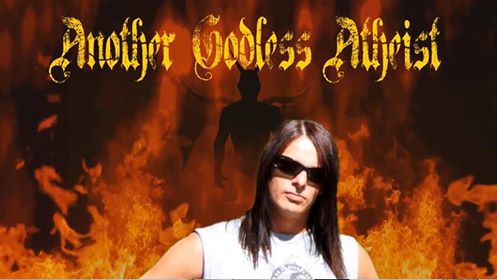