So whatever it is you’re celebrating, be it the solstice, Yule, Saturnalia (happy belated), HumanLight, Festivus, Chrismakkuh, or, ya know, one of those plebeian holidays, I hope you get a chance to relax or party as you please in a safety, comfort, and happiness. 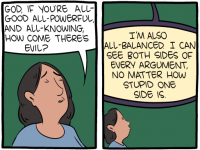 The obvious response to this is just too tempting.